Construction of Romania’s Ice Hotel postponed due to the pandemic, lack of snow 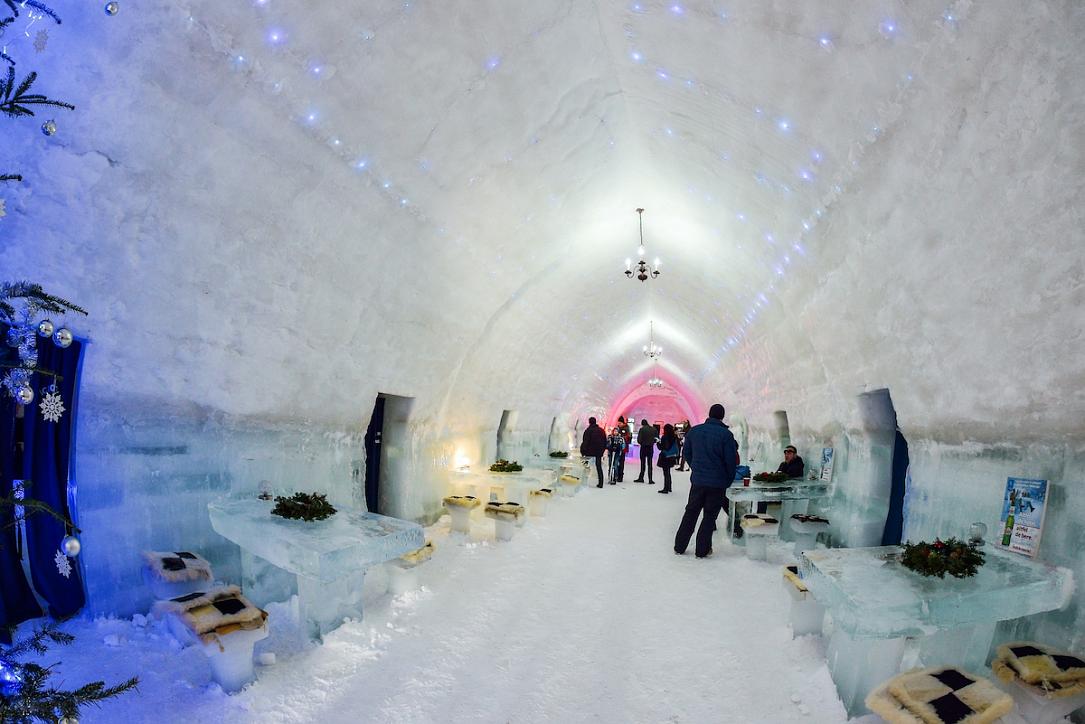 The construction of the Hotel of Ice near Balea Lake, in Romania's Fagaras Mountains, has been postponed due to the COVID-19 pandemic and the lack of snow and ice, project initiators announced. They also said that a decision to start the hotel's construction would be made early next year.

"The global pandemic caused by COVID-19 and the increasingly more serious climate changes of the last years have created big problems for those managing the 'Hotel of Ice Balea Lake' Tourist Marketing Project. Considering the complicated situation, taking into account all the organizational and logistical aspects, the representatives of the company that builds and manages the Hotel of Ice in the glacial basin of Balea Lake decided to postpone, at least for the moment, the construction works of the sixteenth unique hotel," reads a press release quoted by Agerpres.

Thus, the initiators of the Hotel of Ice project said they could be forced to opt for a smaller construction this winter.

"As it's happening all over the world, we have a lot of problems caused by the pandemic. There are many sanitary rules, many fears, quite complex logistical and organizational problems. In addition, just like last season, winter is no longer what it was 15 years ago! Climate change is very visible at Balea Lake; at this time, there is not enough snow, the ice formed on Balea Lake is not thick at all, and the recorded temperatures are quite high. As a result, at least for now, we have decided not to start work on the Hotel of Ice," said Arnold Klingeis, the initiator of the Hotel of Ice Balea Lake project.

"However, because Romanian and foreign tourists call our office daily and ask us about the Hotel of Ice, we are considering building the objective during the first days of next year, but the decision will be made only in a few weeks. Most likely, if we decide that the Ice Hotel will be built, we will go for a construction with a simpler, less complex shape, with a smaller number of rooms," he added.

This is the second season that the Ice Hotel's construction is postponed. The same happened in the 2019-2020 season when, due to the warm weather, the builders were unable to extract ice from the Balea Lake, and thus the start of the project was postponed for January 2020. Later, project managers decided to replace the hotel with an "Igloo Village." A similar decision could be taken this winter too.

In the previous years, the hotel's construction started in the early days of December. The Ice Hotel was thus usually fully booked during the winter holidays. Most of the tourists who stayed at the hotel were coming from abroad, from countries such as the UK, France or Germany.