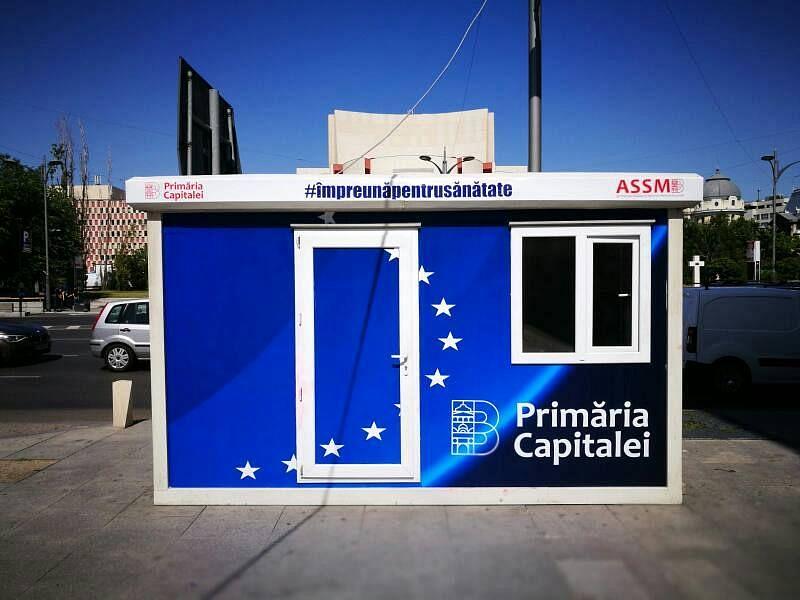 Amid the high temperatures recorded in Bucharest these days, the City Hall has decided to set up 20 first aid containers in the city’s most crowded areas.

The containers are equipped with first aid kits, blood pressure monitors, medical sofas and other medical supplies, as well as chairs, water dispensers, and air conditioning. The medical assistance is provided by medical staff from the school medicine network coordinated by the Bucharest Administration of Hospitals and Medical Services (ASSMB).

The City Hall also said that ecological toilets have been set up next to each such container.

These containers can be found in Romana Square (at the Academy of Economic Studies – ASE and next to the subway station), at the North Train Station, in Victoriei Square (Antipa Museum), in Herastrau Park, at the intersection of Stefan cel Mare Blvd. with Barbu Vacarescu St., in Iancului Square, at the Obor Store, in Universitatii Square (at Coltea Hospital and at the Faculty of Architecture), in Roma Square, in Muncii Square, in Unirii Square (in front of the Unirea Store and next to the tram station on Regina Maria Blvd.), at the Dristor subway station, at the intersection of 11 Iunie St. with Regina Maria Blvd., in Carol Park, in Cismigiu Park, in the Eroilor area, and in Grozavesti neighborhood.

A heat wave hit most of Romania at the beginning of this week but the weather is expected to change starting July 3, the meteorologists warning that the storms will return to the country in the coming days.