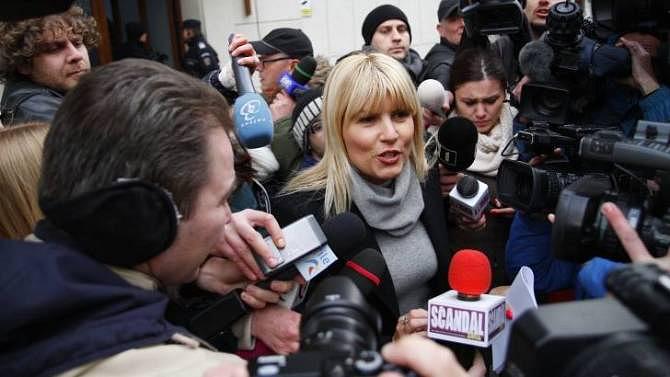 Former Romanian tourism minister Elena Udrea, known as the protégé of former President Traian Basescu, was sentenced to six years in jail, no parole, for bribery and abuse of office in a case related to the illegal financing by the Tourism Ministry of a boxing gala in 2011. The High Court’s decision is not final and Udrea can still file an appeal.

This high-profile case prosecuted by the National Anticorruption Directorate (DNA) started after a journalistic investigation carried out by local sports newspaper Gazeta Sporturilor in April 2011. The reporters showed that the Tourism Ministry had illegally financed the organizing of the boxing gala starring Romanian champion Lucian Bute, which took place on July 9, 2011.

The Tourism Ministry paid some EUR 2 million to a private firm controlled by former Romanian boxer Rudel Obreja, which organized the gala. The payment was disguised as a contract to promote Romania’s image via this sports event. The Tourism Ministry had filed for EU funds to get the money back, but the European Commission’s antifraud department OLAF froze the payment in autumn 2011, according to Gazeta Sporturilor.

The DNA only started investigating this case in 2012 and, at first, only went after Rudel Obreja, the boxing gala’s organizers, without looking into possible corruption deeds by government officials. The DNA prosecutors only started investigating former tourism and development minister Elena Udrea in autumn 2014, when former President Traian Basescu was getting close to the end of his second mandate and his power was starting to fade. Basescu has continued to support Elena Udrea throughout the investigation and has become a critic of the DNA and of its chief prosecutor Laura Codruta Kovesi, whom he named himself at the helm of the institution.

In February 2015, Elena Udrea was arrested. She was first held for her alleged involvement in the Microsoft IT licenses case, another high-profile case investigated by the DNA, and then the prosecutors also got an arrest warrant against her in the Gala Bute case. She spent a few weeks in police custody after which she was released into house arrest. The DNA prosecutors sent the case to court in April 2015.

The DNA prosecutors charged Udrea with three counts of bribery, one count of abuse of office, and attempted EU funds fraud. The three bribery charges were not related to the boxing gala, but to several contracts the Tourism Ministry had closed with private firms. The prosecutors found that Udrea got 10% of the value of those contracts so that the ministry would make the payments on time.

Rudel Obreja was charged with complicity to bribery, tax evasion, and money laundering. Udrea’s former assistant Tudorel Breazu was also charged with accessory to bribery. Three other officials from the Tourism Ministry were sent to court on various charges after they admitted to taking bribes and testified against Elena Udrea.

The former minister always claimed that she was innocent and that she hadn’t taken any bribes. She said the case against her was based only on the testimonies of her former subordinates, who only testified against her to save themselves.

The High Court of Cassation and Justice made the first ruling in this case on March 28, 2017. The judges ruled that Udrea was guilty of the bribery and abuse of office charges and only acquitted her of the EU funds fraud charge. The former minister was thus sentenced to six years in prison and will have to pay over RON 8 million to the Tourism Ministry. The court also decided to seize RON 1 million of her assets, according to Digi24.ro.

Rudel Obreja was also sentenced to five years in prison and will have to pay RON 700,000 to the Tourism Ministry. The court also decided to seize RON 3 million of his wealth. Tudor Breazu, Elena Udrea’s former personal assistant was also convicted to three years in prison.

The other defendants, who had admitted their guilt during the investigation and testified against the former minister got suspended jail sentences.

Elena Udrea commented on the sentence saying that it was abusive and said that the “system” was responsible for her conviction. Udrea and other former officials prosecuted by the DNA have been claiming that the cases against them have been conducted by the DNA and the Romanian Intelligence Service (SRI) with the sole purpose of neutralizing them.