Former Romanian President: I will sue Moldova’s new President if he cancels my Moldovan citizenship 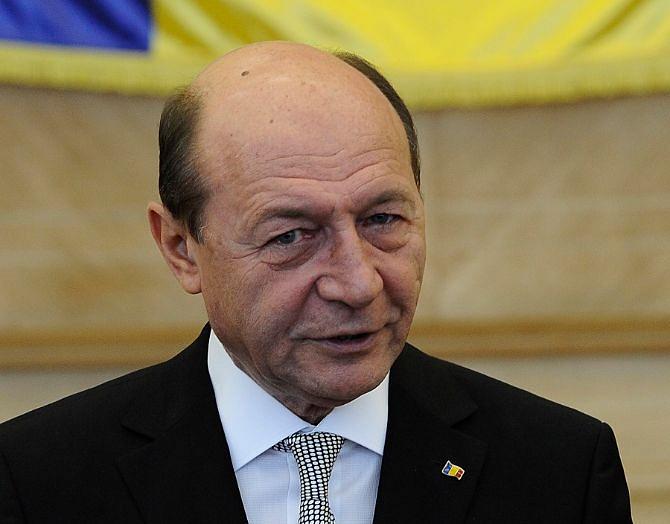 Romania’s former President Traian Basescu said on Tuesday that he would sue Moldova’s President-elect Igor Dodon if he decided to withdraw his Moldovan citizenship.

“I’m not afraid. I will sue him,” Basescu said when journalists asked him if he is worried that Igor Dodon will withdraw his Moldovan citizenship.

Traian and Maria Basescu took the oath for obtaining Moldovan citizenship in early November, just days before the presidential elections in Moldova. Basescu then voted for Igor Dodon's opponent, Maia Sandu, in the elections, making public his preference for the pro-European candidate.

Dodon, who was elected the new President of the Republic of Moldova on Sunday, said last week that he would withdraw Basescu’s citizenship if he won the presidential elections.

“Mister Basescu, take advantage now because in a few days, after November 14, you will lose this citizenship that you don’t deserve,” Dodon said at that time, during a political debate with the pro-European presidential candidate, Maia Sandu.

When asked if Igor Dodon deserved to be elected President of the Republic of Moldova, Basescu said: “He deserves what the people decide. That’s what both the people and the one elected deserve. We can’t say that he doesn’t deserve it, he was the one elected. I supported Maia Sandu and I am sorry that she didn’t won.”

Traian Basescu and his wife and Maria were granted Moldovan citizenship in June this year, via a decree signed by the Republic of Moldova’s President at that time, Nicolae Timofti.