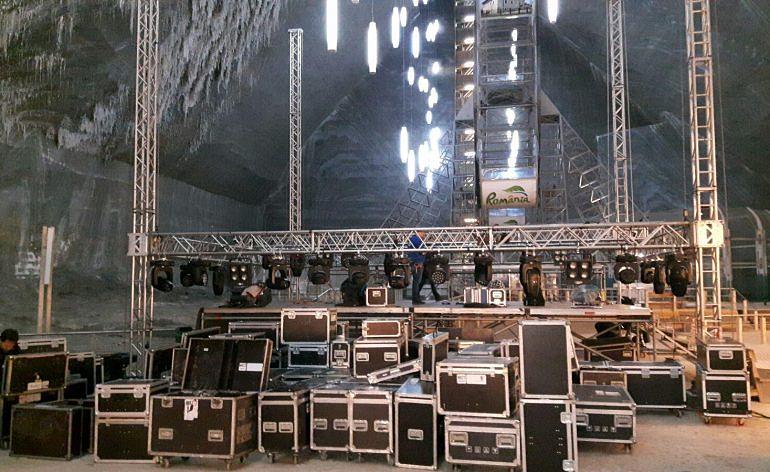 The fourth semifinal of the national selection for the 2018 edition of the Eurovision Song Contest will be organized in Turda salt mine, a popular tourist site in Cluj county.

This will be a premiere for Eurovision Romania, as it will be the first time when a stage of the national selection is organized 90 meters underground. The semifinal will take place on Sunday, February 11.

The organizers have installed over 20 tons of underground equipment for the show.

The 2018 edition of Eurovision will be organized in Lisbon, and will bring on the same stage the representatives of 42 countries. The final is scheduled for May 12.

Romania ranked seventh in the 2017 Eurovision final, its representatives Ilinca and Alex Florea gathering 282 points with their song Yodel It!. It was Romania’s best ranking in the competition since the success achieved by Paula Seling and Ovi at the 2010 edition in Oslo (third place), and the fourth best in the history of Romania’s participation in Eurovision.

Portugal was the big winner of the 2017 Eurovision, its representative Salvador Sobral winning the highest score of 758 points with the song Amar Pelos Dois.

Romanian salt mine, on U.S. magazine’s list of “subterranean wonderlands”