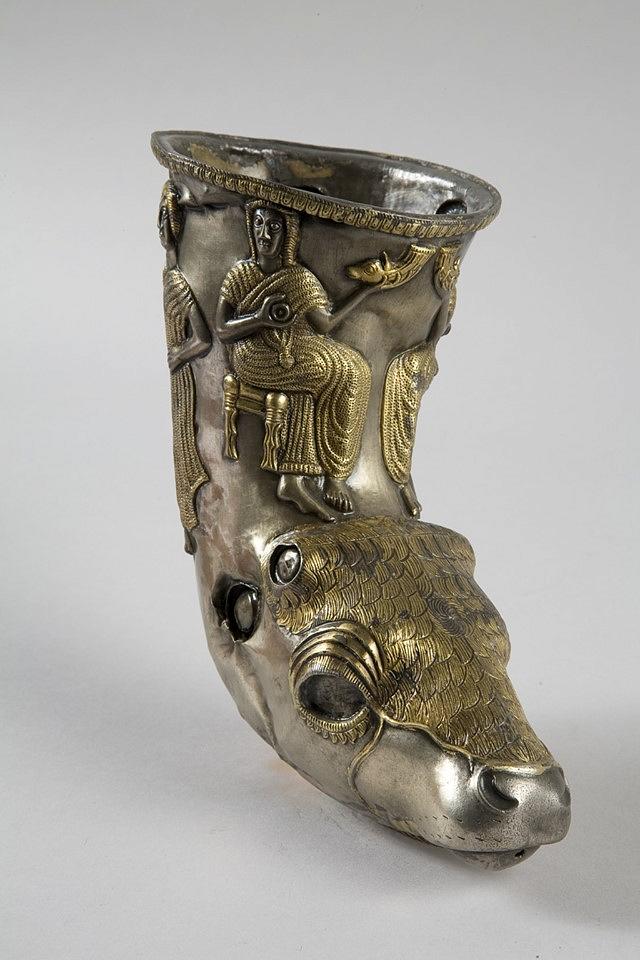 The exhibition Dacia Felix. Romania’s Glorious Past will be open at the Gallo – Roman Museum in Tongeren, in Belgium, between October 19 and April 26, 2020 as part of the Europalia festival, where Romania is a guest country.

Over 300 ancient artifacts discovered on Romania’s territory will be showcased, with a reference to a shared European past. The artifacts come from the National Museum of History of Romania and 18 other museums in the country.

The Belgian museum, which received in 2011 the European Museum of the Year Award (EMYA), will host artifacts such as the silver rhyton (pictured) – a conical container for liquids used at ceremonies or at the table - discovered in Poroina Mare, in Mehedinţi county, dating from the centuries IV – III B.C.; the IV century B.C. golden helmet of Coțofenești, from Prahova county; pieces from the Sâncrăieni treasure, from Harghita county, dating back to the first century B.C.; or a Tanagra-type figurine discovered at the Callatis fortress in Mangalia, in  Constanța county, and dating back to the centuries IV - III B.C.

Located in the province of Limburg, in the region of Flanders, Tongeren is one of the oldest European towns. It is part of the Most Ancient European Towns Network. During the time of the Roman Empire, it was the capital of the Roman province Civitas Tungrorum, and was known as Aduatuca Tungrorum.