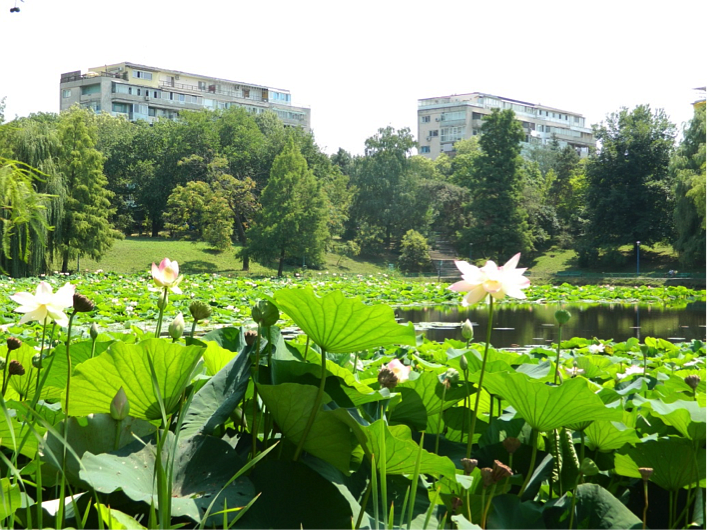 Those who spend their summer in the Capital will not get bored. From festivals and concerts to film screenings and various other open-air performances, the agenda of events caters to all tastes, while the city’s parks also offer many options for activities to those who look to spend their time in nature.

Check out the city’s parks

Bucharest has many parks of generous sizes, true refuges during the city’s hot summers. In the northern part of the city, Regele Mihai I Park (formerly known as Herăstrău) offers numerous leisure and entertainment options. It is a favorite place of runners and cyclists, who take advantage of the park’s extensive size. Those who prefer a leisurely stroll can explore some of the various areas of the park - the Island of the Roses, Expoflora or the Japanese Garden, where the show nature puts on is impressive every time. A boat ride on the Herăstrău Lake is welcome on a hot summer day and the shore of the lake is dotted with many terraces and restaurants where visitors can find a cool respite while admiring a summer day’s sunset. The park hosts numerous sport, cultural and educational events, one more reason to add it to the list of sites to see this summer. In its turn, Cișmigiu Gardens stand out with their elegance and are the right spot for relaxing for those who are downtown. Nearby is Izvor Park, where numerous events take place. An attraction site of the city regardless of the season, the Botanical Garden is a must-see during summer and an alternative to the parks that can become rather crowded. It is located in the Cotroceni neighborhood, one of the oldest and most beautiful of the Capital, across the street from the Cotroceni National Museum, one of the most interesting of the city. Furthermore, a walk on the streets of Cotroceni is an occasion to discover a part of the Neo-Romanian and Modernist architecture of the city, elegant villas, dressed in ivy and smart-looking courtyards and gardens.

Even if the theater and classical music seasons are closed for the summer, numerous events and festivals take place in the Capital from June until the beginning of September. One of the most popular festivals is the one dedicated to street theater - B-FIT in the Street!, the International Festival of Street Theater Bucharest. The streets of the city’s Old Town and central area fill on this occasion with artists on stilts, magic shows, living statues and parades of color, dance and music. Taking place in George Enescu Square, Bucharest Jazz Festival is the only such international festival in the Capital, offering free entrance. The event brings to Bucharest, every summer, legends of international jazz for concerts and workshops where the public benefits from free access. Classical music lovers can enjoy the Magic Summer festival. Taking place at the Romanian Athenaeum, it offers a program of various concerts delivered by local or foreign orchestras and guest soloists. Colțea Park hosts the Summer Symphonies program, where free, open-air concerts take place, offering the public the chance to listen to well-known arias and symphonies. Furthermore, a much awaited concert this year is the one Canadian artist Celine Dion will deliver in Bucharest at the end of July.

Get your culture dose

From museums to concerts, stand-up comedy evenings and open-air films screenings, the offer of cultural events does not go on a summer holiday break. The city’s museums offer a cultural refuge, and the longer, sunny summer days are a good opportunity to take the time to visit an open-air museum, like the Dimitrie Gusti National Village Museum. Numerous tours of the city are organized during summer, focused on certain areas or topics. Those who want to feel like a tourist in their own city can try a tour on the Bucharest City Tour line, serviced by double-decker buses which stop at the main tourist attraction points of the city.

Poetry lovers can enjoy throughout summer the Poetry Nocturnes, a series of events dedicated to contemporary poetry, bringing in front of the public writers and poets for various readings and dialogues, which take place on the rooftop of the Magheru One building. It is also an occasion to see the city from above, from a less-accessible place, against the sonorous background of the songs selected by the invited DJs.

Another must-see place in summer is the Films Garden, in Lahovari Square. It hosts open-air film screenings with free entrance, and the program includes both classic films but also more recent productions. At the same time, improvisation and stand-up comedy shows and concerts also take place here.

Visit some sites around the Capital

Around the city, less than an hour’s drive, there are several sites that are worth a visit during summer. For instance, Comana Nature Park is the place where visitors can find a peony (Paeonia peregrine) reservation, a butcher's-broom (Ruscus aculeatus) reservation, but also the Comana Pond, another protected area. Comana also hosts an adventure park, but also the workshop-museum Moara de Hârtie (The Paper Mill), where those interested can learn various crafts, such as pottery and ceramics, woodwork, traditional cooking or the hand-making of paper, among others.

The Știrbei Domain is another favorite spot of Bucharest residents for nature outings during the summer and a very popular music festival, Summer Well, takes place here. Inside the domain’s park, visitors can find a lake and several landmark edifices: the Știrbei Palace, the Holy Trinity Chapel and a water tower designed by engineer Anghel Saligny, known for the bridge over Danube at Cernavodă.

Mogoșoaia is not only the perfect spot for a summer picnic, but also the domain where visitors can see one of the finest examples of Brâncovenesc-style architecture – the Mogoșoaia Palace, built by prince Constantin Brâncoveanu. It is considered the best-preserved Brâncovenesc palace and was inaugurated in 1702.

Those who enjoy being active can schedule an outing at one of the adventure parks or sport clubs in the city. Adventure parks, featuring tracks of various difficulty, adapted to several age categories, can be found in Regele Mihai I Park or in Comana, close to Bucharest. Climbing halls are another option, and both the young and the not so young can train here for various nature escapades. Furthermore, Bucharest has several aquatic parks, which make for a good visit during days of sizzling heat.

The program of events can change depending on the measures taken in the context of the Covid-19 pandemic.

For the duration of the Summer Well festival, the Bucharest Transport Company makes available a line connecting Victoriei Square to the Ştirbei domain in Buftea. 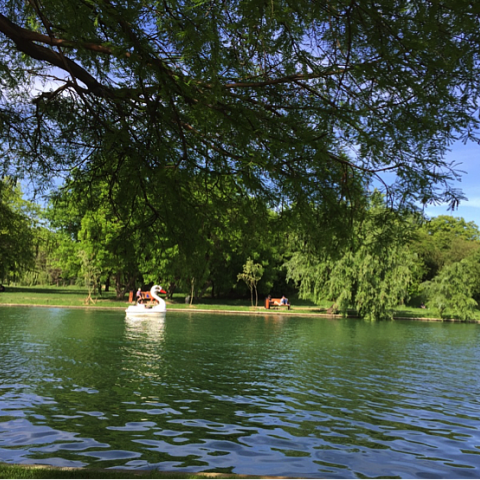 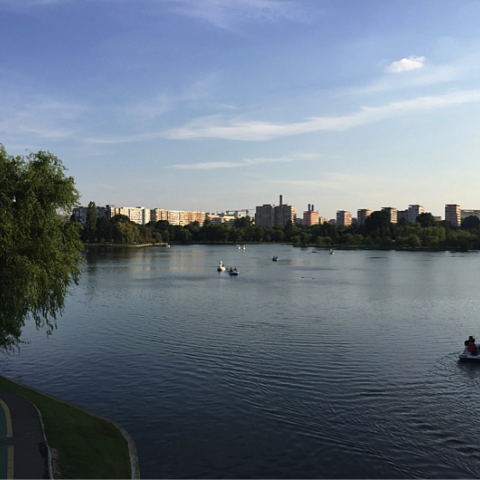 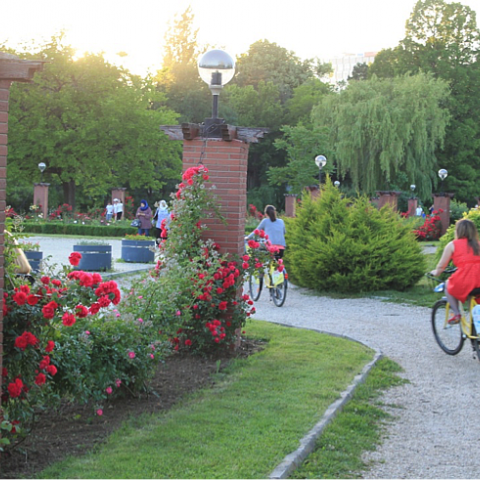 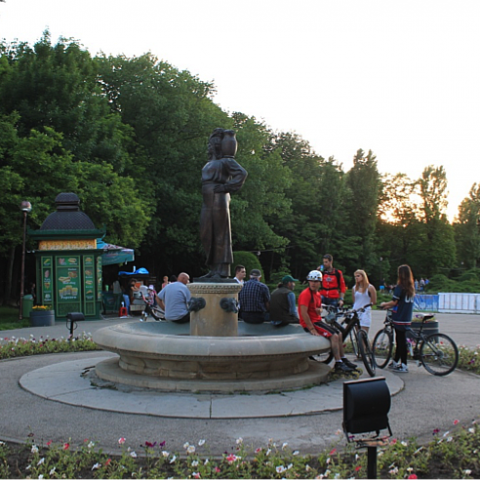 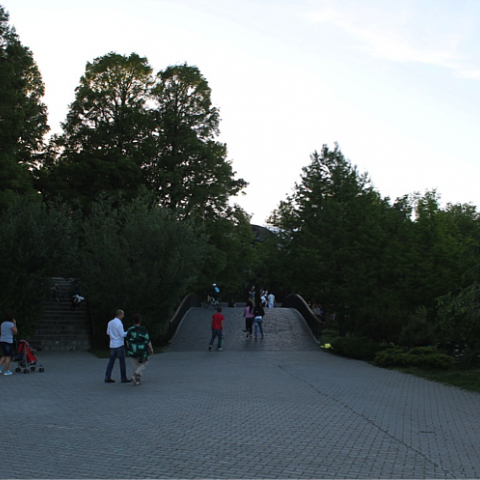 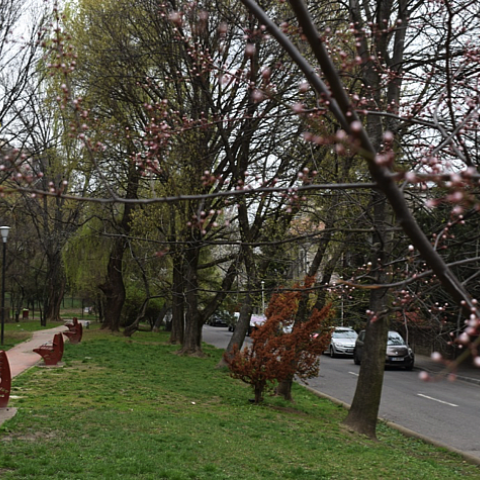 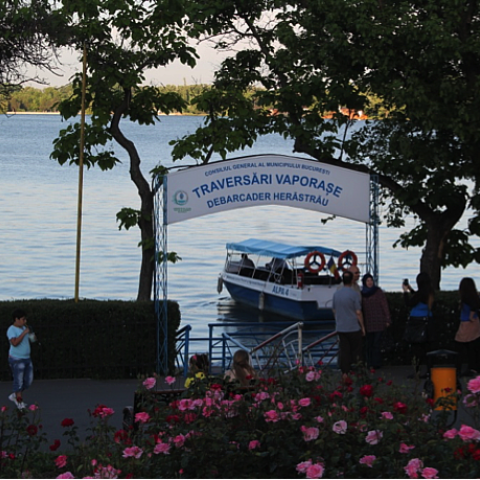 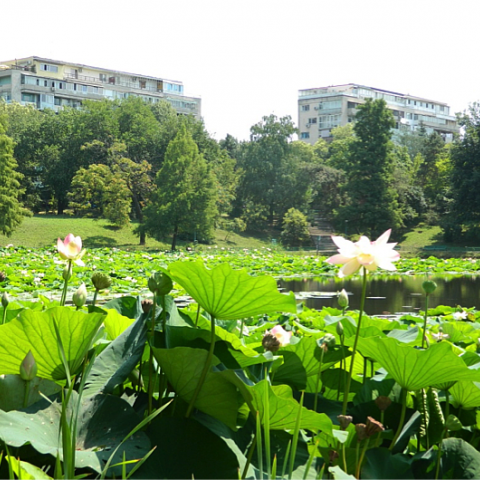