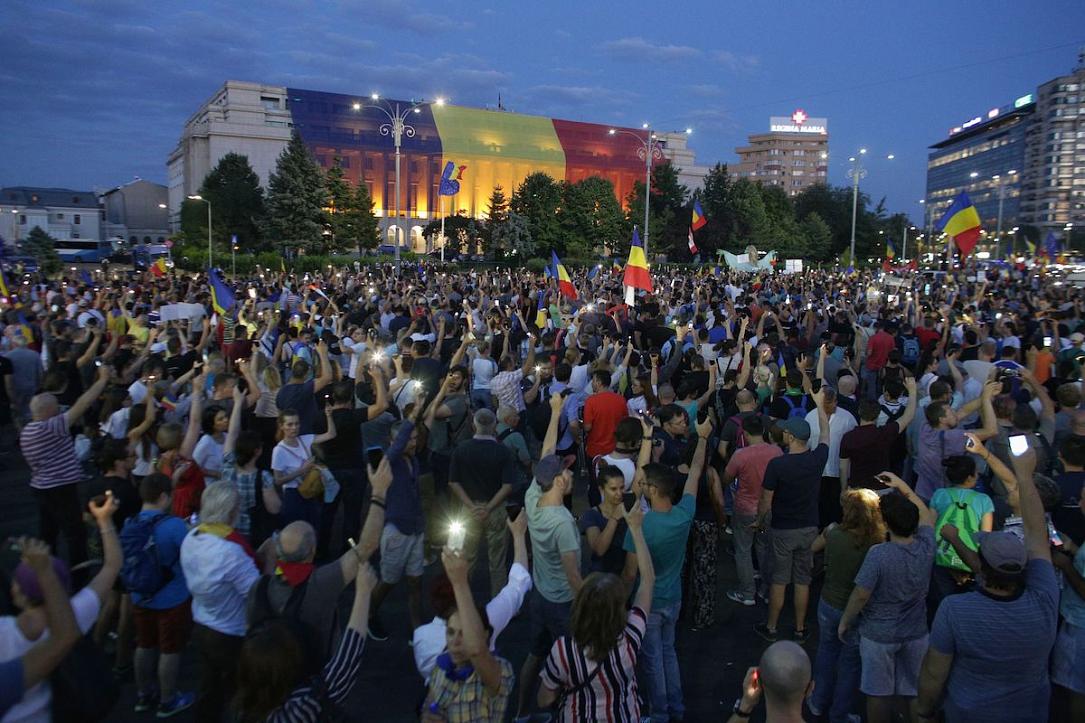 German pianist Davide Martello, also known as Klavierkunst, decided to cancel his upcoming concerts in Germany to participate in the street protest that will be organized this Saturday, August 10, in Bucharest’s Victoriei Square.

Martello is known for travelling around conflict zones to play his piano. He previously came to Bucharest last year, when he played for the protesters gathered in Victoriei Square on September 8.

“I’m sorry I have to cancel all my next concerts in Germany. There is a big demonstration on August 10 in Bucharest against the corruption in Romania. Last year at the same peaceful demonstration police used teargas against their own people, I want to help them this time so they can hide behind my piano in case the police uses teargas again,” the pianist wrote on his Facebook page.

The protest to be organized this Saturday marks one year since the diaspora protest of August 10, 2018, which turned violent after the riot police used tear gas and water cannons against the protesters. The protest was supposed to bring Romanians abroad and those in the country together to state their dissatisfaction with the ruling coalition and the government, and their policies. The demonstration took a violent turn and many peaceful protesters, and even passersby or journalists, ended up being hurt by the gendarmes. The prosecutors opened an investigation in this case but without any result so far.

Interim interior minister Mihai Fifor urged those who plan to participate in the demonstration scheduled for Saturday to protest peacefully and respect the law.

“I don’t want to analyze now what happened on August 10 last year. There is an investigation, and I, as interim interior minister, shouldn’t speak about it. As for this Saturday, August 10, I can only do want thing, and that is to make an appeal to all those who want to protest, those who will be in different parts of the capital, to protest peacefully and not forget that we are a European state in which the citizen has the right to express himself freely,” Fifor said, according to local Digi24.

Meanwhile, Agerpres reported that the Bucharest City Hall authorized the protest to be organized this Saturday.