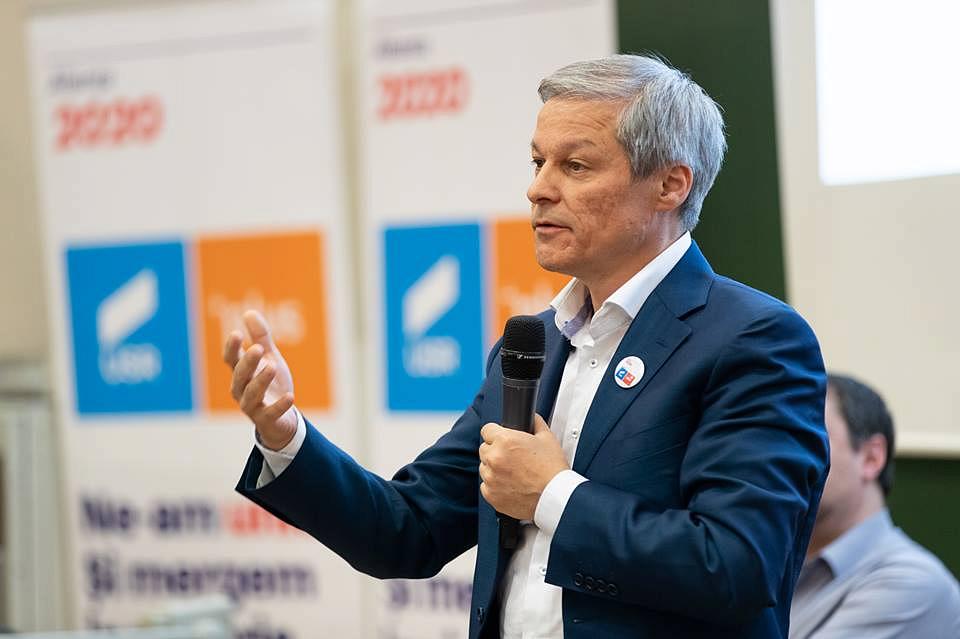 Former technocrat prime minister Dacian Ciolos launched a series of attacks against president Klaus Iohannis at the electoral meeting organized in Timisoara last weekend, saying that the president nominated at the top of the government “all the puppets” of Liviu Dragnea, the leader of the ruling Social Democratic Party (PSD).

Ciolos, who is also the leader of the new party PLUS and a candidate for the European Parliament elections for the USR-PLUS Alliance, also talked about amending Romania’s Constitution and about the responsibilities of the elected officials.

He also said that the USR-PLUS Alliance plans to create the necessary mechanisms for dissolving the Parliament when necessary because the MPs “must be the essence of democracy and must not hide behind immunity and lack of procedures.”

“We must say clearly: does the Parliament believe that the president has wronged at one point and must be suspended? Ok. But if they lose the referendum, these people in the parliament, who suspended the president, must respect the will of the people and go home. Because if the lawmakers will know that this risk exists for them too, if they know that they risk going home if they suspend the president without any good reason, then the president will also have to take responsibility and not say that there was nothing he could do, the president would be responsible for the prime minister he nominated and implicitly for the government,” Dacian Ciolos explained.

He also said why he has decided to enter politics and the plans of the USR-PLUS Alliance.

“We’ve entered the electoral race, built new parties, we are involved in politics because we want to regain national dignity. […] What do we propose to do? We want to reform the state. We will start reforming the state as soon as we reach the government and Parliament. It’s time to admit that the Romanian state is not working at full potential. A Parliament with bad intentions and a president without solutions put the state in a precarious balance that uses the electorate of both sides, leaving the citizens and the social interest out of the equation,” the former PM said.

He added that the USR-PLUS Alliance also plans to separate the Constitutional Court from politics, ban people with criminal convictions from having access to public functions, and take the dignitaries the immunity shield they use to dodge criminal prosecution.

The former prime minister also talked about early elections: “We live in a system that can’t trigger early elections, we just find ourselves in the position of having basically anyone running the government and there’s nothing we can do about it if some people don’t want that. We will also change these provisions. We want an engaged and responsible president, a parliament that responds to the will of the people and a professional government.”