President announces when the COVID-19 lockdown will end in Romania 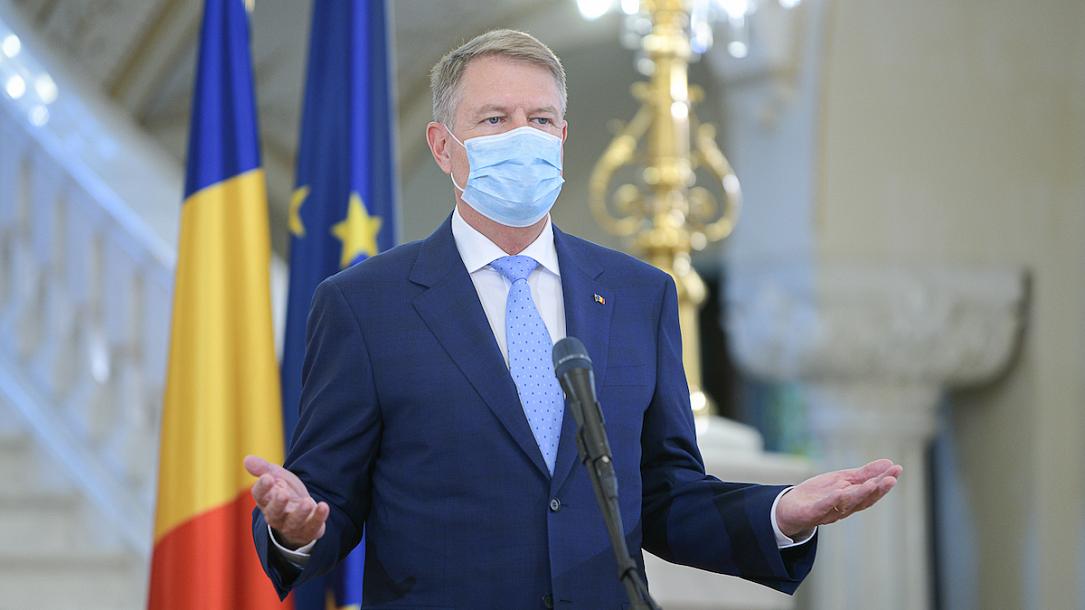 Romanians will be allowed to move freely after May 15, president Klaus Iohannis announced in a press statement on Wednesday, April 22. Starting May 15, the authorities will lift some of the restrictions imposed during the state of emergency to limit the spreading of the COVID-19 pandemic in the country.

However, protection masks will become mandatory in all enclosed public spaces and public transport for as long as needed. Other restrictions, such as the ban on public events, will remain in force, the president said.

Klaus Iohannis came in front of the cameras wearing a surgical mask. "This is what we will look like after May 15 while in enclosed public spaces and on public transport," the president said. "This measure is not limited in time. We will be able to give up wearing masks maybe next year when this pandemic will be under control and there will be no risk of infection."

"After May 15, we will lift restrictions on people, so we will be able to move in public spaces without having to show a statement on where or why we are going," Iohannis explained. "For the general protection of the population, many restrictions will remain in effect after May 15, such as bans on public events and gatherings," he added.

The president said that he felt it was important that the people knew what to expect after May 15 but urged everyone to stay home until May 15, as long as movement restrictions are still in force.

The authorities are working on a phased relaxation plan to be implemented after May 15. This plan will include reopening schools and resuming economic activities, especially in strongly-hit sectors such as retail and services. Some restrictions will be eliminated but many others will be maintained, according to Iohannis.

"Step by step, depending on the evolution of cases, we will try to enter the new normality. Doctors tell us that the virus will not go away, so we will have to find a way to live with this virus," he pointed out.