Covid-19: More than 20,000 vaccinated at marathon event in Bucharest 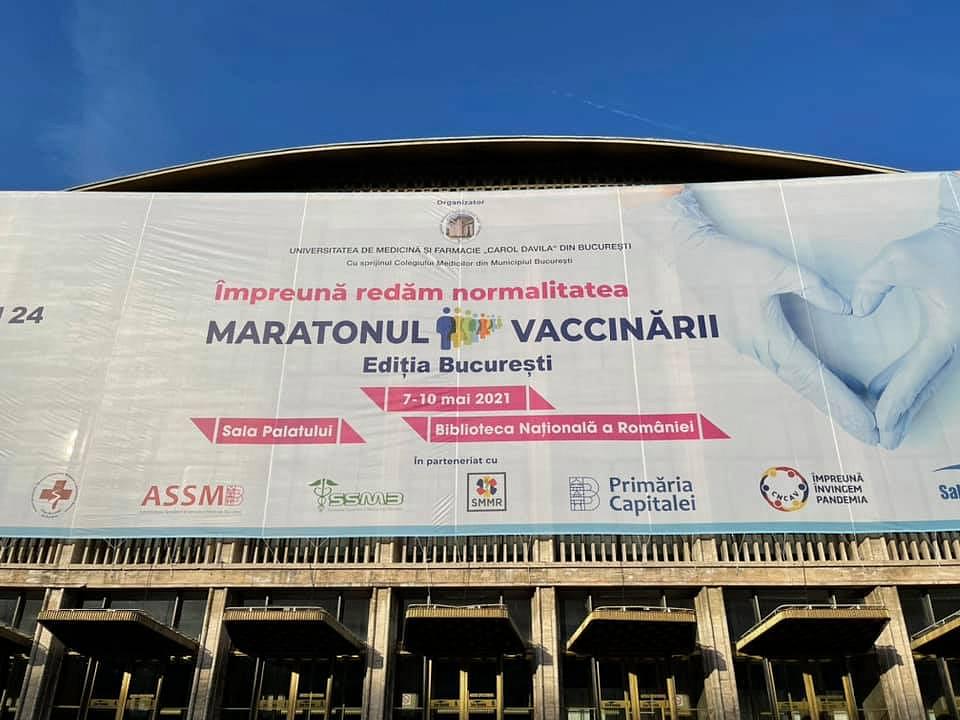 A total of 20,360 people received the vaccine against Covid-19 at the vaccination “marathon” organized this past weekend in Bucharest.

The number “greatly exceeded some people’s expectations,” Viorel Jinga, the rector of the Carol Davila Medicine and Pharmacy University in Bucharest, involved in organizing the event, said.

“We didn’t set a target; we aimed to have as many people vaccinated as possible. Of course, had there been fewer, I still think it would have been a success,” he said, quoted by News.ro.

The event, which allowed people to show up and get vaccinated without needing to make an appointment on the Government-run booking platform, was held in two locations: Sala Palatului event hall and the National Library. The vaccination points set up there were open round-the-clock.

Close to 1,350 volunteers - doctors, nurses, and medical students – worked at the event, part of the authorities’ effort to step up the vaccination pace alongside measures such as opening drive-through vaccination centers, making available the option of getting vaccinated without an appointment on the booking platform, and involving family medicine doctors in the vaccination campaign.

The Government aims at 5 million people vaccinated by June. By May 9, 3.62 million people received at least one dose of a Covid-19 vaccine: 2.36 million both doses and 1.26 million the first dose.

On May 10, Romania ranked 27 among 30 EU/EEA countries on the cumulative uptake of at least one vaccine dose – 21.4%, according to data from the European Center for Disease Prevention and Control (ECDC). When it comes to the uptake of full vaccination, Romania had 12.7% of the population vaccinated with both doses, on par with Ireland, below the top ten.

A Eurobarometer survey released last week showed that 65% of the Romanians believe getting vaccinated is the only way to end the pandemic, compared to a EU27 average of 70%. A total of 77% think the EU plays a key role in guaranteeing access to vaccines against Covid-19, while 69% of the EU27 citizens thought the same.

Another 53% of those surveyed said they did not understand why people are hesitant when it comes to getting the vaccine, compared to a EU27 average of 56%, while 36% said they would rather get vaccinated later or sometime in 2021 (23%). By comparison, 45% of Europeans wish to get vaccinated as soon as possible or have already done so.

The survey also showed that 67% of the Romanian respondents think the vaccines against Covid-19 were developed, tested, and authorized too fast to be safe, 15 pp over the EU27 average of 52%. Another 72% of Romanians think these might have long-term effects yet unknown, 5pp more than the EU27 average.