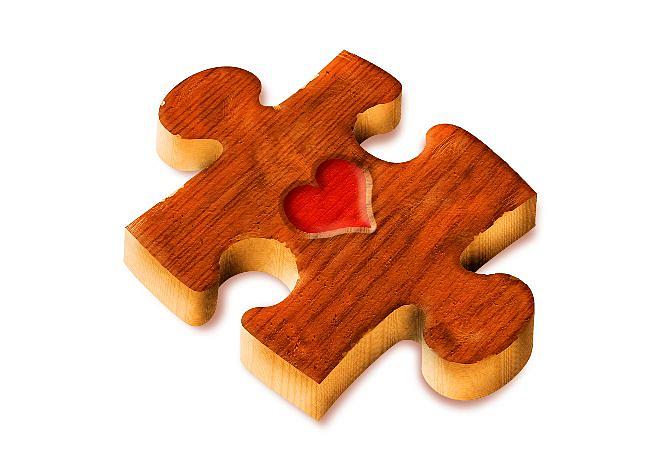 Someone once asked me what the biggest cultural difference between Romania and Denmark was. I have stayed for such a long time in Romania that it is not easy to say anymore. I have however noticed one, and you might call it a cultural difference, and it has to do with the question: does true love exist in Romania?

My personal conclusion to the question is probably not the most uplifting to acknowledge. What I see and what has puzzled me for a long time: love has disappeared in Romania, instead love has become a product, something that can be traded and measured.

I know I sound like a bitter woman, who has had her heart broken once too many, and there is indeed some truth to that. What I see when it comes to love in Romania, is that love and feelings are sold at the market here in Romania as a commodity; we are not talking about prostitution, even if there are many resemblances to it. In Romania it is a more sophisticated way of prosti… ups! Sorry, loving, I call it “seduction with benefits”.

Relationships here in Romania seem to be based on this “seduction with benefits”. I know it is a generalization, and normally I disagree with generalizations. I shall reveal though, that I have seen couples to be in seeming true loving and caring relationships, that I predict will be long lasting. But during my years here, I only counted them to be five such couples. So cross your fingers hoping that you are among the five.

I am not an oracle who can define love, but so far, this is how I see it here in Romania. Living in Romania has taught me how to love, but at the same time it has also taught me that love doesn’t exist. With Danish eyes looking at love in Romania, I do see it differently, and yes, my cultural difference makes me hold on to the thought that true love should exist in Romania.

Romanians do believe in the power of love without question, but love is used as a tool to gain something, a line of offence and defense, to use the war rhetoric or maybe to set the price of supply and demand, to use a market rhetoric.

A woman once told me: “don’t fall in love too deeply here in Romania, it is not good for you.” Puzzled, I asked: why not? The answer was: “It is a good advice, if you want to survive in Romania”.

Another woman seeking for advice told me: “ I want to get married with my boyfriend, and he doesn’t want to.” When I asked her why is was so important to get married, she answered: “I am getting older, he is rich and a bit older than me, and if he dies, and we are not married, I can’t inherit him.”

That conversation did affect me. I was looking at the girl and just thinking: what!?!?!?! At the same time I looked at the guy, who seemed genuinely a kindhearted man and said to myself: your girlfriend wants you dead! How obscure it that…?

Another girl I talked to was in what appeared to be a happy and healthy marriage. One day told me: “you know my boss, he is good looking, have you noticed that?” I said: “no, not really, he is married and so are you.” She then looked at me and said: “well he is rich and my husband poor, I would go for my boss if the option occurs.” The fact that her boss was married and had two sons did not seem to affect her at all.

She was a hunter out to destroy a family life, turning a married couple into a war of hatred and fighting. How could anybody justify such an action? Not even to mention that kids were involved, and witnessing this would cause them life-long scares that they do not deserve.

I have met women who did this, and usually they justify it by saying that their relationship wasn’t working anyway, so she was in some way doing something good for them. How dare she judge people this way!

All relationships have to be worked on, and sometimes the communication has to be more clear. I have no respect for women who judge that “This couple is not good together, I am going in to destroy it for my own benefits.” Especially kids will learn from this experience, and learn how the world of love doesn´t work, creating a vicious circle for the next generation.

I am not a saint, but I do have principles. If you meet a man and he is married or in a relationship, it is a no- go. I have also seen too many times what actually does happen: the man would eventually go back to his wife, or for a while try to live a sort of double life between the two women, but in the end, sorry to say, ladies, none of you will capture the heart of the man. The hatred is too big towards the former wife after endless discussions, and the new woman is merely just a stepping stone for his own self evolution, recalling the dreams of younger years of freedom that he never experienced and is now longing for.

He will have a problem trusting the new woman since, he is aware somewhere, that she was a part of his marriage failure, the marriage he once entered with honest love and devotion, so that failure will be turned towards her. So better not get involved in this situation.

It is so saddening to watch and observe, it can even break your heart to watch this kind of behavior, somehow you want to reach out to them, to wake them up from these pattern, to tell them how the world also can be, and how love should be and can be.

It will take a love revolution to change things here in Romania, and sadly I am most likely not going to witness that in my lifetime. Romania works as a system, love sadly has also become systemized, and if there is something that can kill love then it is to put it in a system, where things can´t grow.

Romanians also have open relationships here. They are together but can have an agreement to be with others also… talk about complicating a relationship, such a double moral standing, which is part of this game. One part is taking advantage of this agreement and the other not. They say: “Don’t stop me from evolving and growing, I am allowed to do what I want, I am free and justify my own moral values.”

My conclusion is: True love does not exist in Romania, instead love becomes a game, a sign how Romanians have not matured from old ways of thinking for survival, a syndrome from the Communist times, which is affecting people’s relations and behavior towards relationships today. You see, that was and still is a true cultural difference.

Eleonore is Danish, she holds a BA in Organization and Management and specializes in Corporate Communication & Strategic Development. She is also a Market Economist and a Multimedia Designer. As a Danish Viking in Romania, with a great passion for ’covrigi’, she has a burning desire to find out more about Romania especially Bucharest, and enlighten the small differences in the culture between Denmark and Romania. Her weekly columns will give you insights into an expat's life in Bucharest written with humor and a big Danish smile.