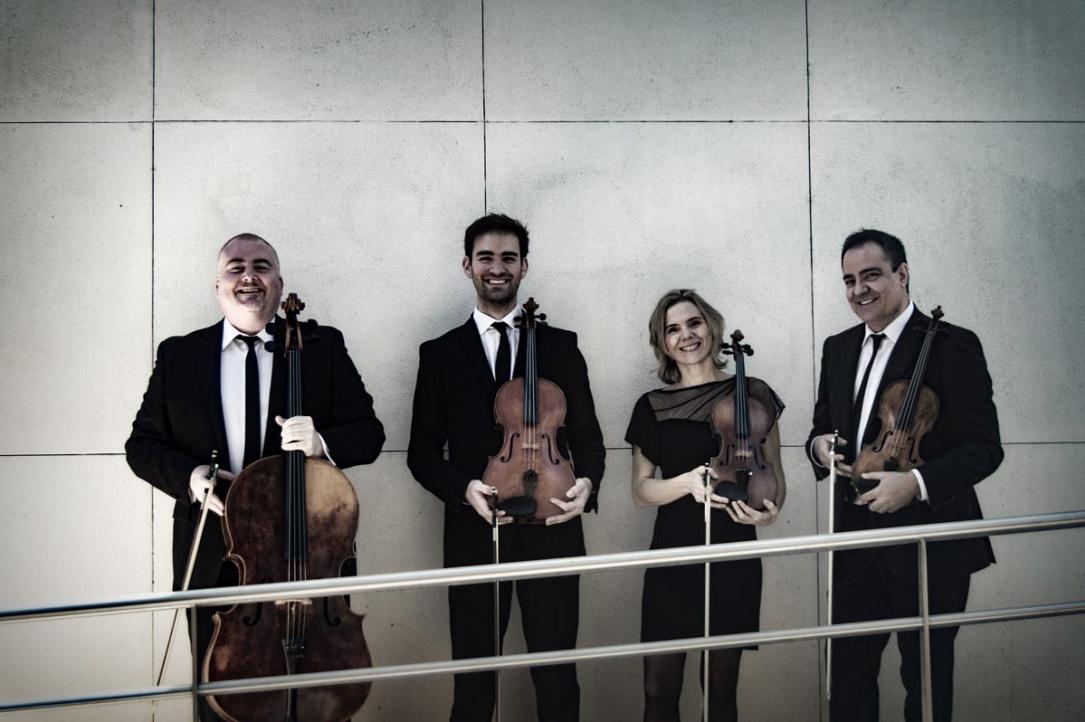 The Bretón String Quartet will perform in Bucharest on October 23, at the Romanian Athenaeum, starting 19:00.

The quartet is made up of violinists Anne-Marie North and Antonio Cárdenas, viola player Iván Martín, and cellist John Stokes.

The group was formed in 2003, when the four musicians decided to explore a Spanish repertoire spanning from the classical to the contemporary. Their focus translates in a Bucharest program that includes works by Juan Crisóstomo Arriaga, a 19th century composer nicknamed “the Spanish Mozart,” late-Romantic composer Jesús Guridi and contemporary composer Ramón Paus, who also writes music for film or theater.

The Bretón Quartet recorded so far for music labels Naxos, Verso, and Columna, among others.

This is the second Spanish group performing in Bucharest this fall, after the Casals Quartet’s concert mid-October. The Granados Quartet will follow with a concert scheduled for November 21, also at the Athenaeum.

Tickets are available at the ticket office of the Athenaeum.