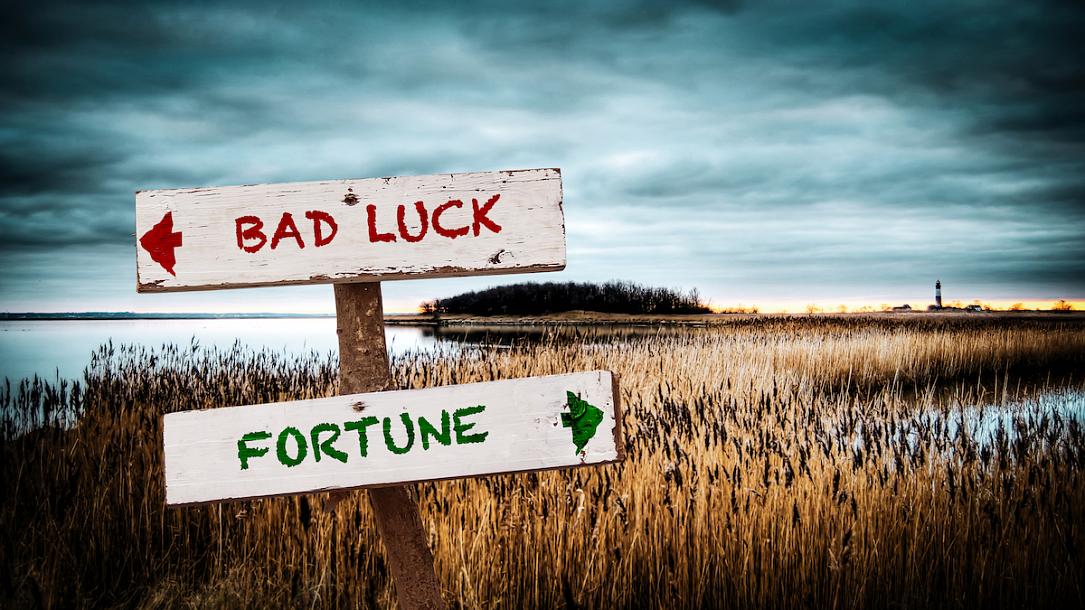 Although some superstitions have lost their meaning and power among younger generations, there are still some very common among Romanians, and most of them are associated with bad luck.

The not at all welcome Friday 13th, which some believe is the unluckiest day of the year, is this Friday and, according to popular superstitions in Romania, there are plenty of things to avoid doing especially on this day. So, whatever you do, try not to break a mirror and don’t open an umbrella inside the house. And stay away from black cats!

Here’s a list of ten of the most common bad luck superstitions in Romania (and then a few for good luck):

- Of course, one of the most widespread signs of bad luck is a black cat crossing your path. There is one thing that could change that though, according to popular belief, and that is to take three steps back to avoid the bad luck.

- Walking on the street is not that simple if you’re superstitious. The black cat cutting your path is not the only thing triggering bad luck, passing under a ladder does the same thing.

- However, when going out, bad luck can come quite early. If you left the house and realized that you forgot something, don’t go back! If you do, you’ll have bad luck all day.

- When you walk out the door, make sure that the first step you take is with the right foot because otherwise you’ll have bad luck.

- The superstitious ones also have to very careful inside the house. One of the most terrible signs of bad luck is breaking a mirror, as this apparently brings seven years of bad luck!

- Some even believe that whistling inside the house brings bad luck or, even worse, it could summon negative forces into the house.

- Spilling salt on the table is also a very bad sign. Some say that it brings bad luck while others believe that this means that there will be a fight in the family.

- A rainy day? Then make sure to not forget your umbrella. However, be careful not to open it inside the house as, oh well, this also brings bad luck.

- Taking out the trash may seem like a simple, everyday job, but be careful! It is believed that if you take the garbage out at night, you will also throw away your good fortune.

- Another superstition says that you should avoid offering knives as new home gifts because they also bring bad luck.

On the good side, there are also a few superstitions associated with good luck. For example, four-leaf clovers bring good luck so you’ll most likely be safe on Friday the 13th if you find one. Hanging a horseshoe over the home entrance also brings good luck and wealth, and good things will also happen if you meet a chimney sweep (however, don’t make too high hopes about this – when was the last time you saw a chimney sweep?). Also, although not something that could make a difference on the unlucky day of Friday the 13th, the most superstitious should know that rain on the wedding day means good luck and lots of money.

13 is usually seen as a very bad number in Romania (and not only), and Friday the 13th is not the only unlucky day according to Romanian beliefs. The Romanians with a high appetite for superstitions also fear Tuesday the 13th and, in fact, any day of Tuesday, which is said to come with three hours of bad luck.

The most superstitious should also know that the unlucky day of Friday 13th will come again this year, in December.