EU elections: Romanians abroad angry after being denied vote, some get unexpected help from local authorities 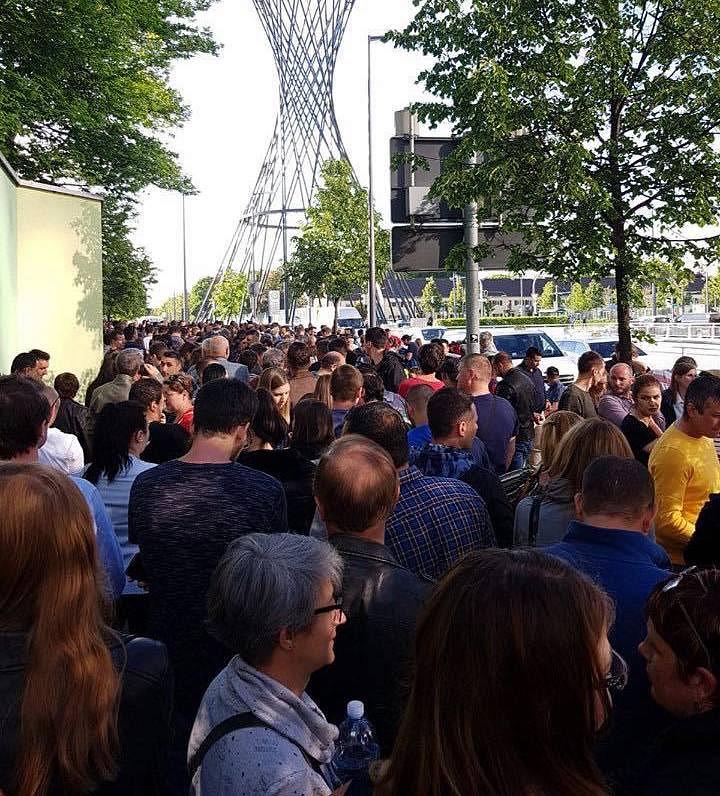 Romanians living abroad formed endless queues and had to face hours-long waiting time to vote in the European elections and the justice referendum on Sunday, May 26, but thousands didn’t get the chance to vote anyway and this led to anger and even incidents at some polling stations. However, in some cases, the local authorities tried to find a way to make it possible for all those queuing at the polling stations to vote.

More than 375,000 Romanians living abroad managed to vote in the EU elections on Sunday, but thousands others didn’t even if they got to the polling stations early and spent hours waiting in line. This caused anger among the voters, especially as some had travelled tens or hundreds of kilometers to get to the polling stations. During the vote, as the time was passing, many began chanting slogans against the ruling coalition or just shouted that they want to vote and that they will not leave until they do so.

In some cases, the chaos created at the polling stations even led to incidents. For example, in Hague, the police had to intervene when some voters jumped the fence and entered the Romanian embassy’s courtyard. Moreover, some even tried to force the door when they realized that they would not manage to vote, local Adevarul reported.

Meanwhile, in other cities, the Romanian voters got some unexpected help from the local authorities. For example, the Police in Munich used fences to create a perimeter around the consulate and invited all the voters to enter this perimeter, as being on the consulate’s territory would have given them the right to vote even after 21:00 when the polls were set to close. However, some still didn’t manage to vote as the electronic system closed automatically at 21:00 local time, according to News.ro.

The same thing happened in Denmark where, although the Romanian voters were received in the embassy’s garden so that they would be considered on its territory, the doors closed at 21:00. Similar situations were reported in Spain and Brussels.

Many of the Romanians who didn’t manage to vote even if they spent up to 9-10 hours in line turned to social media to tell their stories. Some said that they left the polling stations in tears after failing to vote while others blamed the ruling party PSD (the Social Democratic Party) and the Romanian government for this situation and for the poor organization of the elections abroad. Meanwhile, some even said that they consider filing criminal complaints as they were denied the right to vote.

Ludovic Orban, the president of the National Liberal Party (PNL), the main opposition party in Romania, which won the EU elections, also said that he would file a criminal complaint against foreign minister Teodor Melescanu and those who organized the voting process abroad. Meanwhile, more than 62,000 Romanians signed an online petition asking for the resignation of the foreign minister. Meanwhile, the Alliance 2020 USR PLUS, which got a big score at the EU elections, demanded the government’s resignation and promised that voting by mail will be a priority for them.

The exit polls say that the Alliance 2020 USR PLUS is the favorite of the Romanian voters abroad.