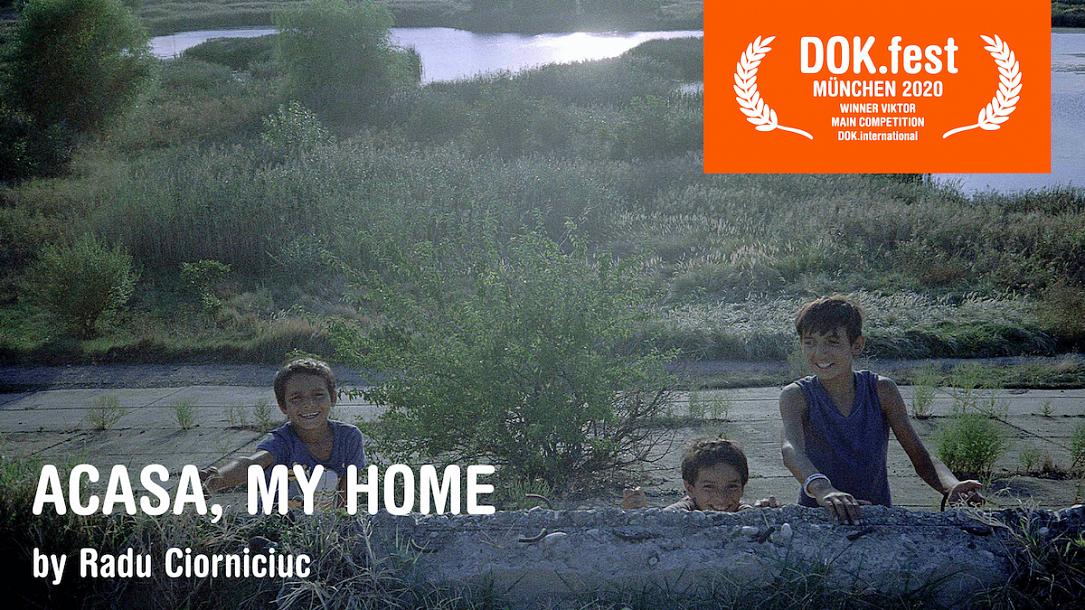 Acasa, My Home, the debut documentary of Romanian director Radu Ciorniciuc, is the winner of the Viktor Main Competition DOK.international section of the Munich International Documentary Film Festival - DOK.fest Munchen.

The 35th edition of the prestigious international documentary film festival takes place online from May 6 to 24.

Acasa, My Home tells the story of a family that lived for 20 years in Bucharest’s Vacaresti Delta, until the place received the status of a protected area and became the Vacaresti Nature Park.

Radu Ciorniciuc (director and co-director of photography), Lina Vdovîi (screenwriter), and Mircea Topoleanu (co-director of photography) followed and documented for four years the experiences of the Enache family: from life in complete harmony with nature to a city life filled with challenges. The film tells the story of the difficulties that the members of the Enache family faced together.

In early May, Acasa, My Home was part of a fundraising campaign aimed at helping needy families in Romania affected by the financial crisis caused by the coronavirus. The Alex Fund campaign is coordinated by Leslie Hawke, the mother of the famous actor Ethan Hawke. Both were present at the film’s screenings at Sundance Film Festival.

Radu Ciorniciuc is a journalist and film director. He is one of the founders of the independent journalism project Casa Jurnalistului. He worked on features for The Guardian, Al-Jazeera, Channel 4 News, and ZDF. He received national and international awards such as Superscrieri (2014), Royal Television Society UK (2014), Amnesty International UK (2014), and Harold Wincott Award for Business Economic and Financial Journalism (2016).