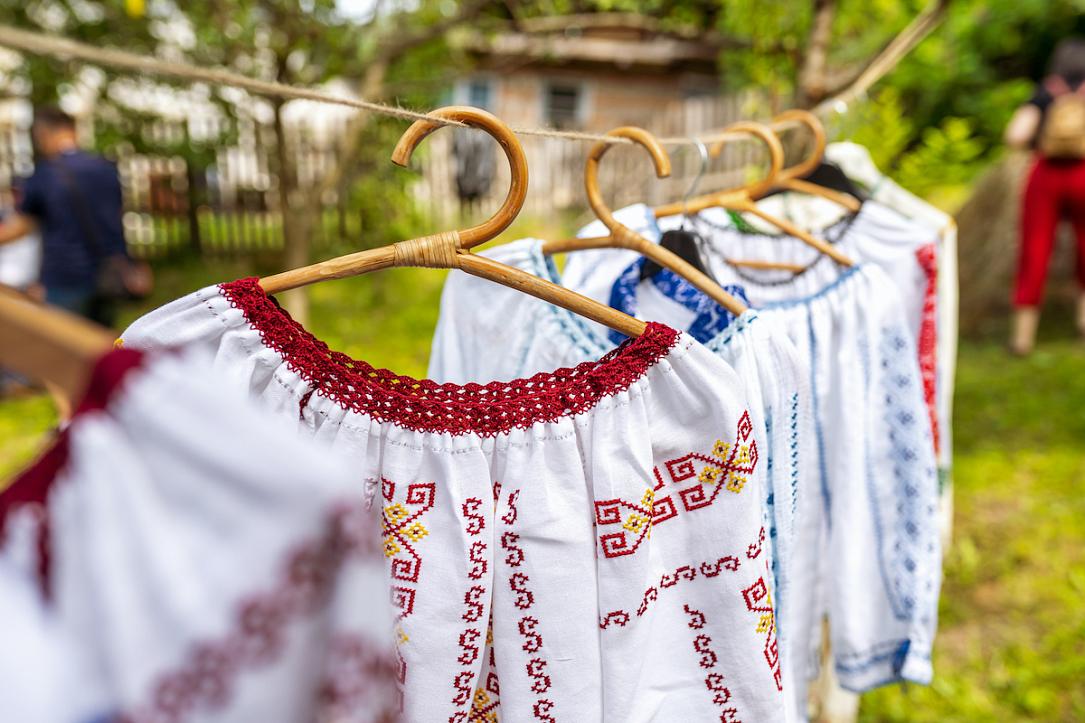 The Universal Day of the Romanian blouse, which is dedicated to the traditional blouse named ie, is celebrated on Wednesday, June 24.

Part of the national heritage, ia has become an authentic country brand in recent years, with many designers including it in their collections. In the past, the shirt of the Romanian folk costume was proudly worn by Queen Elisabeth and Queen Marie of Romania, both on public occasions and in private life.

Initiated and coordinated by the online community La Blouse Roumaine, the first Universal Day of the Romanian Blouse was marked on June 24, 2013, with the celebration of Sanziene (Dragaica), Agerpres reported, quoting lablouseroumaine.io.

Today, the event is marked in over 50 countries and 300 localities on six continents. The Day of the Romanian Blouse entered the annual program of museums and cultural institutions in the country and abroad, being marked both by the Romanian embassies and by the diplomatic missions in Romania.

On this occasion, La Blouse Roumaine invited Romanians to participate in the creation of the largest online photography exhibition dedicated to ie. Those who want to join are asked to take photos (individual or with the family or friends) dressed in an ie or the entire traditional Romanian folk costume and post them online with the #AcasălaOrigini and #ZiuaIei2020 hashtags. Photos can be taken before Universal Day, but cannot be published until June 24. The project will stay open all summer, until September 15, La Blouse Roumaine said on its Facebook page. Part of the photos will be selected for an exhibition and an album.

The Ethnographic Museum of Transylvania also marks the Universal Day of the Romanian Blouse with an exhibition of traditional blouses from 53 ethnographic areas and subzones, dating from the mid-19th century to the mid-20th century. The exhibition will be open until July 26, 2020, from Wednesday to Sunday, between 10:00 and 18:00.