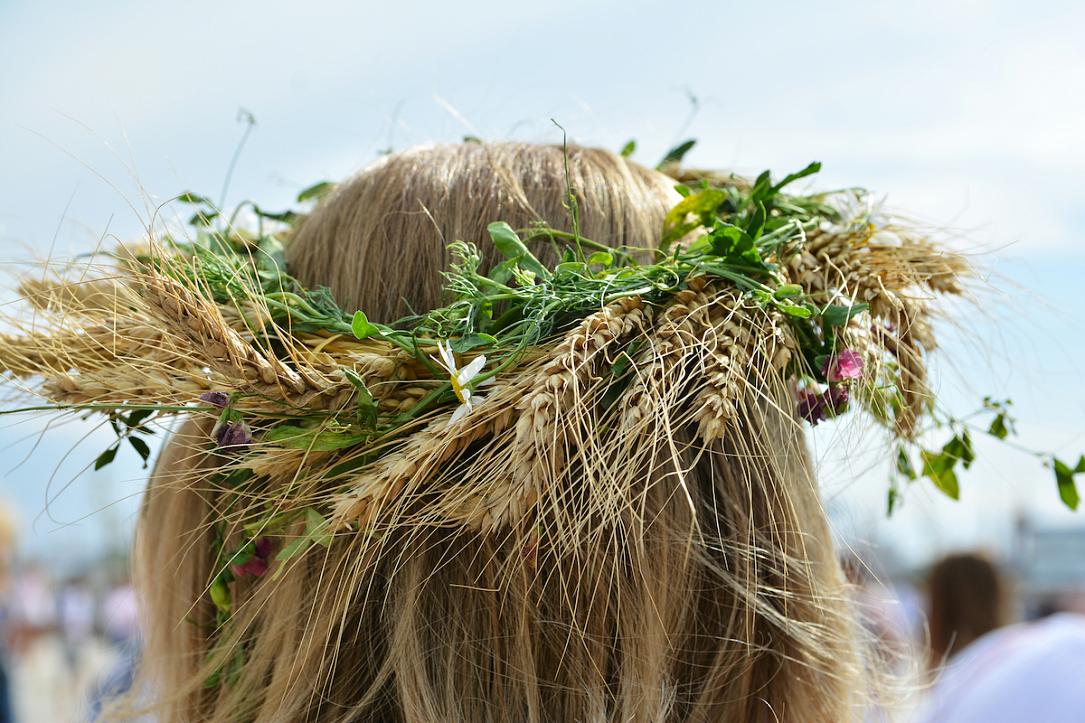 Romania celebrates the Sanziene (also known as Dragaica) on June 24, a pagan tradition that coincides with the Orthodox holiday of the birth of St. Ioan Botezatorul (St. John the Baptist). It is Romania's midsummer celebration, a feast of love, magic, and fairies that comes with its own traditions, rituals, and superstitions.

In the popular belief, Sanzienele are very beautiful girls, true priestesses of the Sun, who live in the forests or fields unexplored by people. They are linked to an ancient solar cult, and their name probably comes from the forest goddess Sancta Diana, according to crestinortodox.ro.

Unlike Rusalii (the Pentecost), which are bad fantasy beings, Sanzienele are believed to be good fairies. They give special powers to the wildflowers and the weeds, enriching them with exceptional healing properties around the June 24 celebration. However, they can turn into evil forces if their day is not respected, and they can start storms and bring hail, leaving the field without crops and the flowers without a cure.

It is believed that the Sanziene fairies float in the air or walk on the ground on the night of June 23 to June 24, dancing and singing. The skies open on this magical night, and miracles can happen. The world beyond comes into contact with this world and, to scare away the evil spirits, people light campfires in some parts of Romania. In some villages, they even walk around the house and the fields with lit torches.

In some rural areas, young girls play the role of Sanziene: dressed in white and wearing crowns made of wildflowers and golden wheat spikes in their hair, they gather in a big circle and dance. 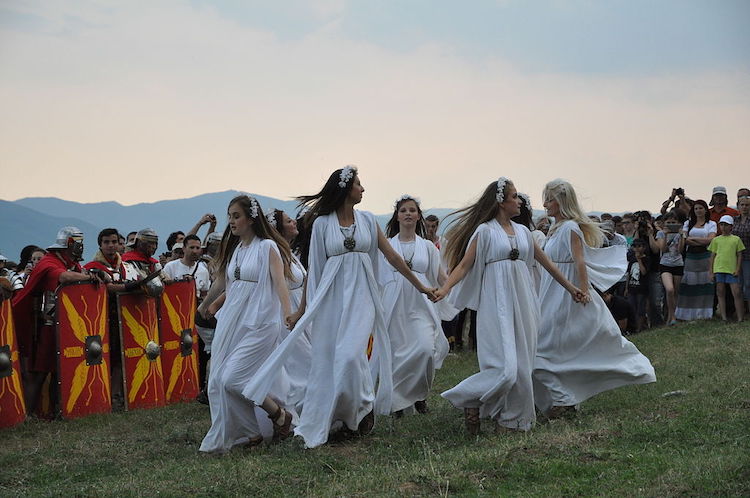 The flowers with the same name (Sanziene - Lady's bedstraw) also have a special role on this day. Women collect these flowers and make beautiful wreaths, which are then used in Sanziene rituals. For example, during the night before Sanziene, unmarried women place such wreaths under their pillows to dream of their future husbands.

In the morning of Sanziene, people throw the wreaths over the house. If the wreath stays on the roof, then the person throwing it will have a long life. Also, if that person is a girl, she will get married that same year.

People also make wreaths with the flowers picked on this day, or link them in the form of a cross and take them to the church where they are sanctified. Then, they bring them back home and keep them for various magical practices, including treating illness and scaring the evil forces.

The feast of Sanziene is also believed to be the best time of the year to collect medicinal plants.

This celebration is also popularly called Amutitul Cucului (The Silent Cuckoo). According to the popular belief, if the cuckoo stops singing before the day of Sanziene, it means that the summer will be dry.

Fairs are also usually organized on the day of Sanziene, in several regions of Romania. In the past, this was a good opportunity for young men and women to meet, hoping to get married.

Nowadays, these traditions are mainly kept in rural areas and may differ based on the region.

June 24 is also the Universal Day of the Romanian Blouse – Ia, a celebration set in 2013 and currently marked by Romanian communities worldwide.