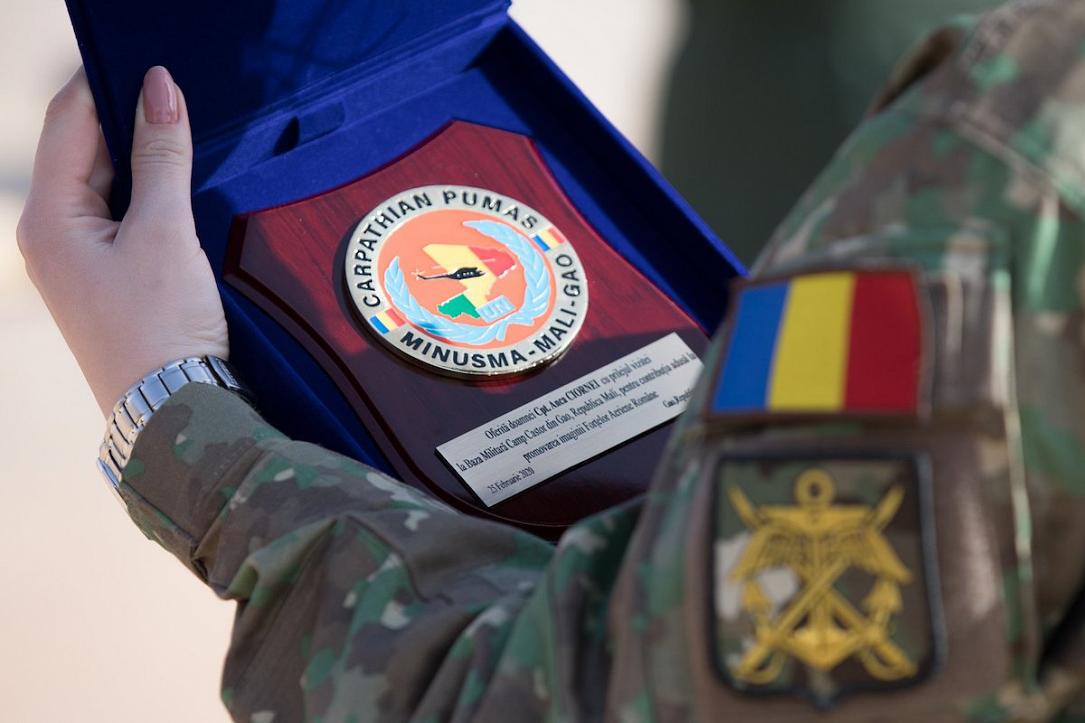 Romanian soldiers of the Carpathian Pumas detachment from the Mali theater of operations were decorated with the United Nations (UN) Medal on Tuesday, February 25. The awarding ceremony took place in the Camp Castor Base, Gao.

The Romanian troops have been participating in the United Nations Multidimensional Integrated Stabilization Mission in Mali (MINUSMA) and were awarded for the “professionalism and involvement shown in carrying out UN-led missions in the Mali theater of operations,” the Romanian Ministry of Defense (MApN) said.

The ceremony was held in the presence of the Special Representative of the UN General Secretariat, Mahamat Saleh Annadif, and the (MApN) delegation headed by the commander of the Joint Forces Command, Major General Ionita Dorin.

The Carpathian Pumas helicopter detachment has been participating since October 2019 in UN missions in Mali, local Agerpres reported. They’ve been conducting medical missions, search and rescue missions, transport of troops and materials, insertion/extraction missions, air search and patrol, and reconnaissance and surveillance missions.