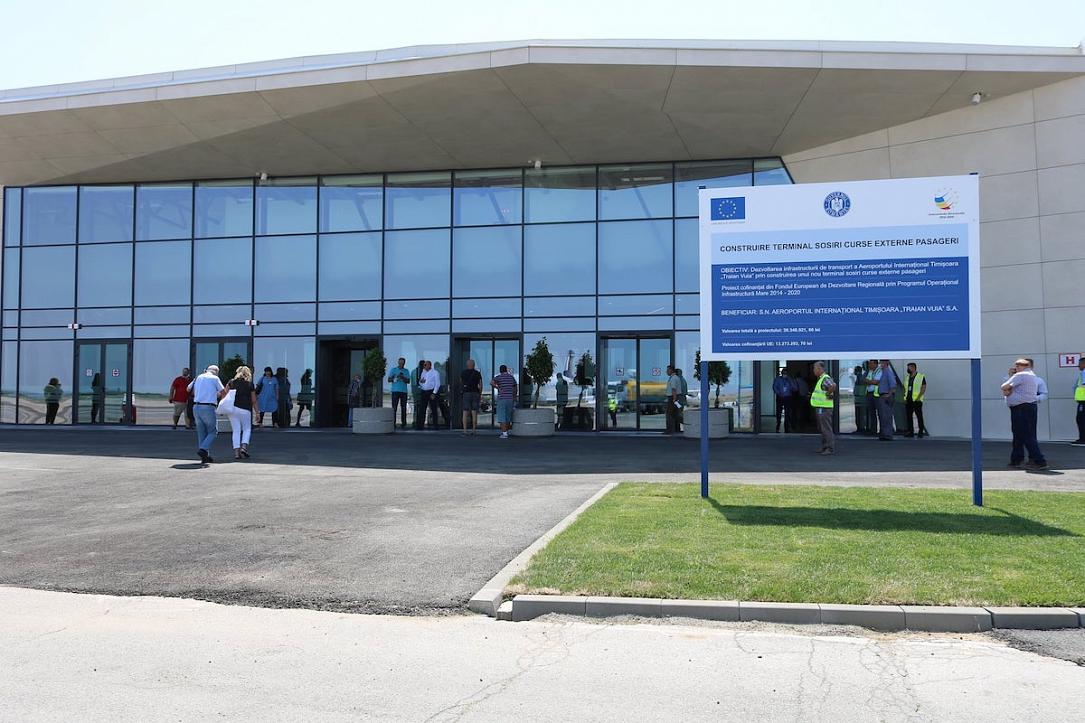 The international airport of Timisoara, in the western part of Romania, inaugurated on July 29 a new arrivals terminal for international flights, which involved RON 30 mln (EUR 5 mln) of investments.

The contract for a new international departures terminal, expected to cost RON 185 mln (EUR 91 mln), has already been signed, minister of transport, Catalin Drula, announced while attending the inauguration.

The new arrivals terminal has ​​4,383 square meters, ten Border Police control points and operates an optimized customs control system, News.ro reported. It can serve up to 540 passengers simultaneously, which is the flow required by three aircraft.

Regarding the design of the planned departures terminal, it will have 18 check-in offices, six Border Police control points and an area twice as large as the arrivals terminal: 8,000 square metres. It is scheduled for completion in 2023.