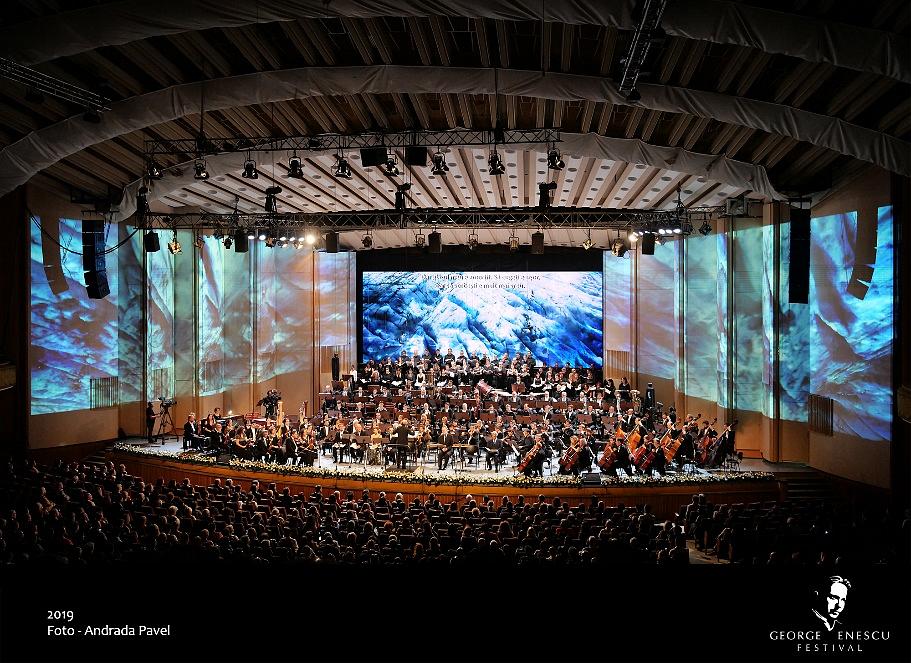 As social isolation measures imposed by the Covid-19 pandemic have gotten more serious, an increasing number of cultural institutions in Romania have decided to stay in touch with their audiences with performances available online. We outline some of these initiatives below.

George Enescu International Festival is offering, beginning March 18, free, online access to concerts that were part of the festival or of the associated competition. The classical music concerts can be viewed on the festival's website and will be available for four days each.

The concerts can be viewed for free as an invitation to the public to donate to doctors, nurses, hospitals and NGOs instead of purchasing tickets.

The first concert will be Verdi’s Requiem, performed by the Orchestra and Choir Maggio Musicale Fiorentino, conducted by Fabio Luisi. It was chosen to honor the people of Italy, and the country's people and artists, as it is currently the European nation hardest hit by the coronavirus pandemic.

At the same time, it is meant to “convey a message of support and compassion, inspired by George Enescu’s values and conduct: in difficult times it is best to stay together unite, and music is the perfect liaison. Music heals souls, and music lovers get stronger when they brace each other,” Mihai Constantinescu, the executive director of the festival and the competition, said. During World War I, composer George Enescu worked for a military hospital and set up an orchestra meant to bring relief to the wounded.

The Romanian National Opera in Cluj Napoca will stream online several of its past performances beginning March 20. The selected performances are Michael Theodorakis’ Zorba, Gaetano Donizetti’s L'elisir d'amore, and Giuseppe Verdi’s Macbeth and La Traviata. The performances are available on the opera’s website and will be available for 20 hours after posting. The program is available here.

The National Opera in Iași has started streaming its performances online last week, when it showed Les Indes Galantes, the opera by Jean-Philippe Rameau, directed by Andrei Şerban. Upcoming performances are Pyotr Ilyich Tchaikovsky’s The Nutcracker and Gaetano Donizetti’s Lucia di Lammermoor. The performances can be watched free of charge on the opera’s website.

Paul Constantinescu Philharmonic in Ploiești has decided to stream some of its past symphonic, jazz and folkloric concerts online. The concerts are streamed on the institution's Facebook page and updates about the program are posted here.

Meanwhile, the artists of the Brașov Opera have held a short performance online. The artists performed together, each from their home, a fragment from Giuseppe Verdi’s Nabucco.

Theater fans have several options as well. Independent Bucharest theater Unteatru announced last week that it was streaming its performances online, against a fee, on its website.

In its turn, public radio station Radio România Cultural is broadcasting every day, at 12:00 PM, stories in a radio theater format. Among them are J.R.R.Tolkien’s The Hobbit, the Brothers Grimm’s Snow White, Carlo Collodi’s The Adventures of Pinocchio, and Lewis Caroll’s Alice's Adventures in Wonderland. On the radio’s website, www.radioromaniacultural.ro, children can listen at anytime dedicated productions of the National Radio Theater.

At the same time, puppet theater Țăndărică in Bucharest has started streaming performances for children, for free, on its Facebook page. The program and updates on it are available here.