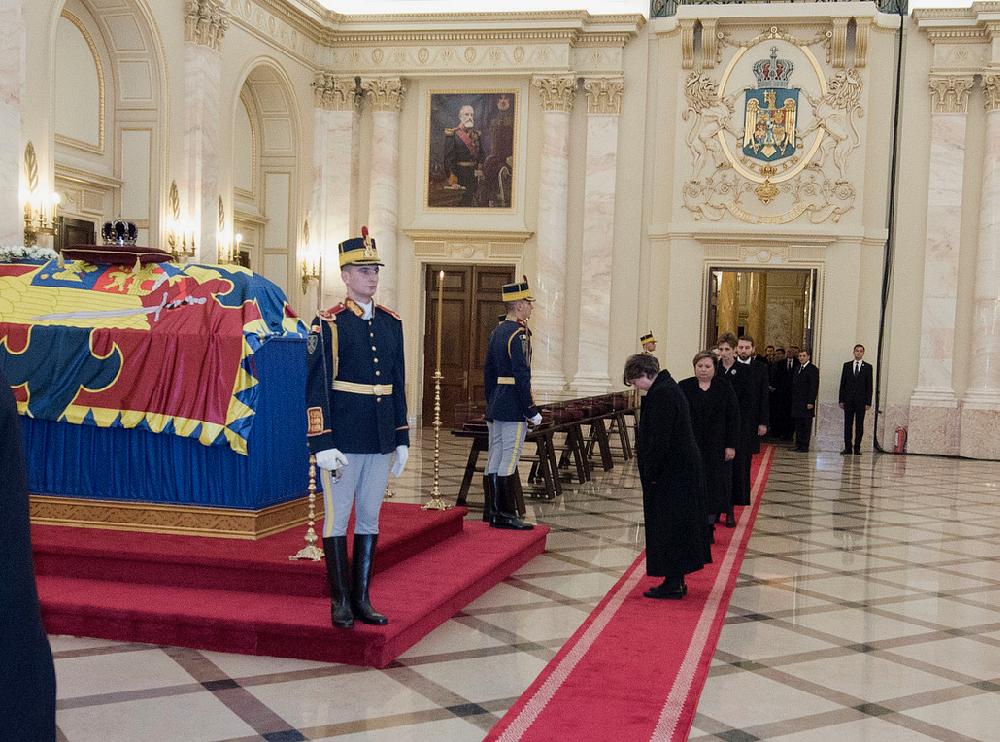 The Royal Palace in Bucharest will remain open on Thursday night as thousands of people are waiting in line to say goodbye to King Michael, Romania’s last sovereign, the Royal House’s press office announced.

A long queue was formed around the Royal Palace in Bucharest, on Calea Victoriei, Stirbei Voda Boulevard, all the way to Sala Palatului, according to local Digi24 news station.

King Michael died on December 5 at his private residence in Switzerland. His body was brought to Romania on Wednesday, December 13. His casket was first taken to Peles Castle in Sinaia, where President Klaus Iohannis, prime minister Mihai Tudose, and all of the state’s high officials paid their last respects to the former king and presented their condolences to the grieving Royal Family.

The king’s coffin was then brought to Bucharest and place in the Throne Hall of the former Royal Palace on Wednesday evening. The people who wanted to pay their homage to King Michael were able to do that on Wednesday up until midnight and throughout the day on Thursday. The king’s casket will remain in the Throne Hall until Saturday, when the funeral will take place.

Thursday was the first of three days of national mourning for the king. Bulgaria’s last king, Simeon II, was the first royalty who came to Romania to say goodbye to King Michael. Members of royal families across Europe are expected to come to the funeral, including Sweden’s king Carol XVI Gustav, Spain’s former king Juan Carlos, and Prince Charles of Wales.