Romanian-Slovak expedition in the Himalayas: Climbers survive avalanche at 6,800 m 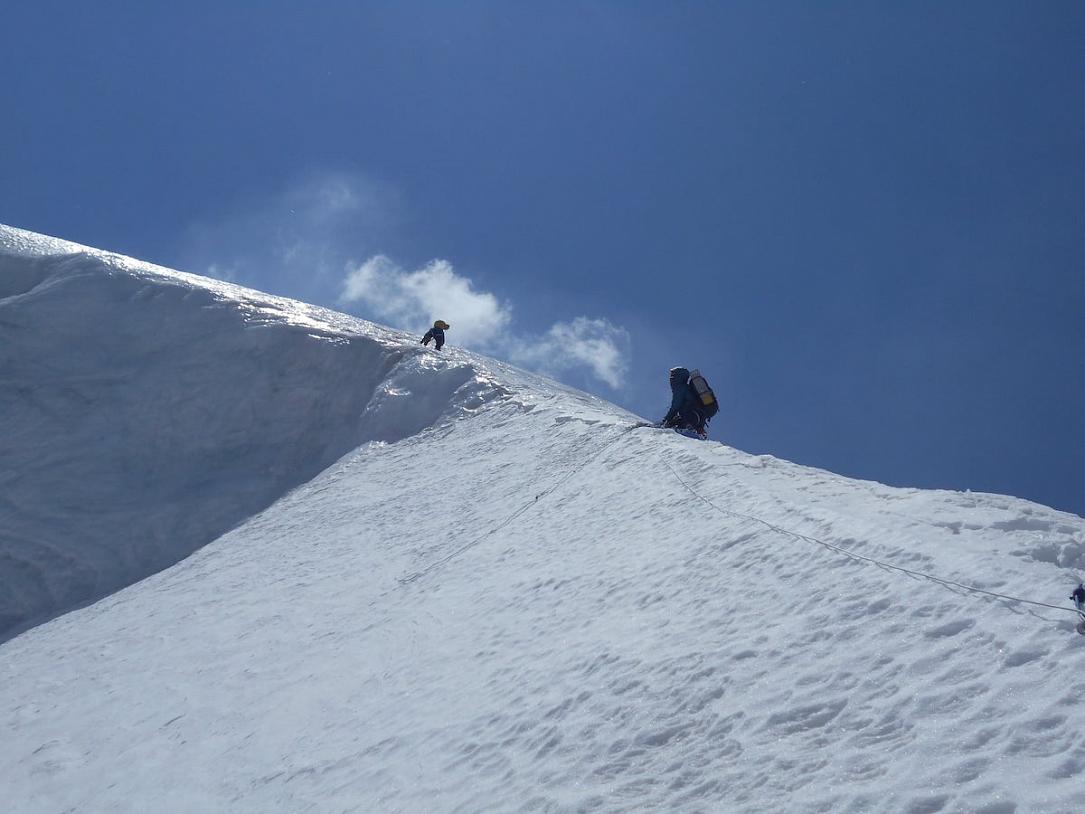 Romanian Horia Colibasanu and Marius Gane, and their Slovak partner Peter Hámor, all expert mountaineers, survived an avalanche that hit their tent and buried them in the snow. The three climbers, who were attempting to open a new route to the top of Dhaulagiri (8,167 m), managed to find shelter in a small cave for the rest of the night and then retreated to Camp 1.

“Last night, at 6,800 meters, an avalanche hit the tent of the three climbers and buried them in the snow. They had to cut the tent with a knife to be able to get out. Peter and Horia were the first to make their way out. Marius came out later, as he couldn’t find his boots inside the tent, which has fallen under the snow. Gladly, they succeeded in finding shelter in a small cave for the rest of the night and to safely reach Camp 1,” reads a message posted on the Facebook page of Horia Colibasanu.

The same message said that they are all safe, and that they decided to descend to Base Camp. “Depending on the weather conditions, they will decide during the following days whether they will restart the ascent.”

Horia Colibsanu, the top Romanian mountaineer who has successfully climbed eight peaks over 8,000 meters, announced in March that he has left for a new expedition in Nepal, Himalaya, where he plans to continue the ambitious project started in 2019: opening a new route to the top of Dhaulagiri (8,167 m). The Dhaulagiri expedition team also includes Marius Gane - a Romanian performance athlete and high-altitude climber, and Peter Hamor - the Slovak alpinist who climbed all 14 peaks of over 8,000 meters in the Himalayas.