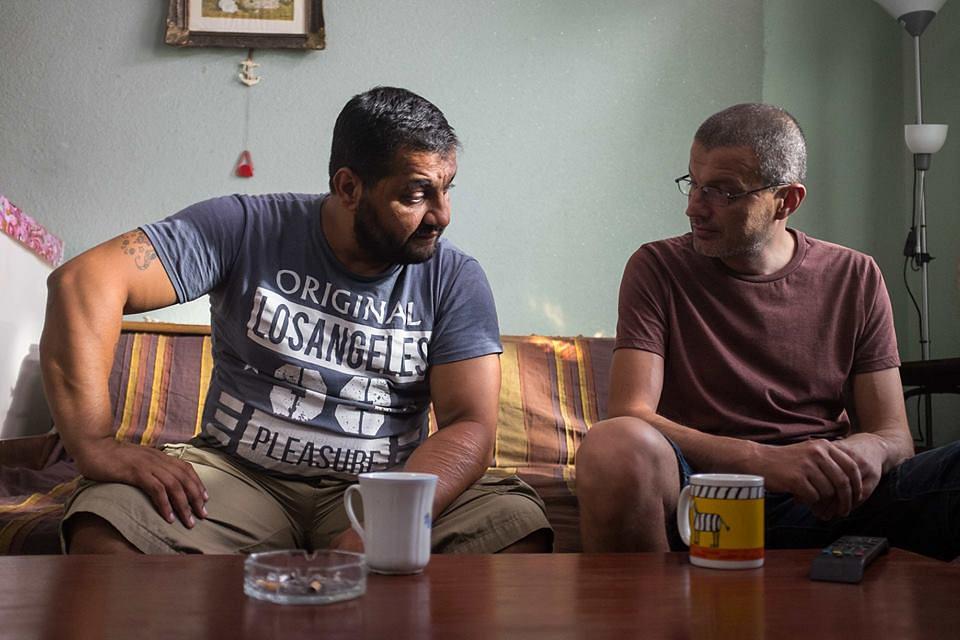 Adrian Schiop’s autobiographical novel was quite the sensation when it came out in 2013. Soldații. Poveste din Ferentari/Soldiers. Story from Ferentari has probably been on every person’s reading list since then, so an adaptation made perfect sense.

In case you missed the film's premiere in February, you can catch it in the following days at Transilvania International Film Festival, kicking off this Friday in Cluj. These are the screening details for the film and while you are there, you should catch their entire section dedicated to Romanian cinema; it is always a must.

The reason the novel caused such a stir are the many prickly topics it addresses. Just like the film, it centers on Adi who has been recently dumped by his girlfriend and moves to one of the most ill-famed Bucharest neighborhoods, Ferentari. Populated mostly by Roma, the rough and rugged area is ideal for his field research on manele (a musical genre with oriental and eastern-European influences, and performed mostly by Roma musicians. While manele are the hot thing now in alternative circles, they were frowned upon in the 1990s and early 2000s, and they were practically inescapable. Adi doesn’t get round to work too much on his PhD though because he quickly befriends jovial, out-there former convict Alberto (or rather is befriended by him) and before they (or we) know it, they are lovers. The film is not interested in labeling their sexuality or relationship, which works really well. Alberto is unapologetically himself, and admits to craving for warmth and nearness after so many years deprived of them (he also seems to be very relaxed about his apparent bisexuality and in a hilarious scene brashes about his skills in pleasuring other men), and Adi is a drifter whose reasons are more oblique. But what they both get out of their relationship, it seems, is a feeling of freedom and pure fun. It also seems one of the unexpected, out-of-nowhere things that come your way and if you grab them, they will probably leave a lasting mark. From here on, the film focuses exclusively on the two leads and their evolving relationship.

For all its relaxed, freewheeling aura, Soldiers is also unexpectedly moving and the largely amateur cast is its biggest asset (and probably the reason). The Roma actors have no experience with acting, but they surely deliver in terms of liveliness and emotion. They are really wonderful, making Soldiers a pulsating, life-affirming story.

But (and this is a big, sad BUT) the same cannot be said about Adrian Schiop’s performance in the lead as Adi. He plays himself, basically, and while I understand the appeal of keeping things ‘real’ (matching the film’s documentary approach), unfortunately, this does not make Schiop a gifted actor. His blasé, utterly emotionless performance is a real problem, since he is in almost every scene. Unlike Vasile Pavel as the endearing Alberto, who manages to convey a lot of emotion, and the reasons for investing in their relationship, Schiop gives the audience nothing to latch on to. He handles a relationship which is explosive at that particular time and place as he would cooking a soup (to be fair though, his cooking skills play a recurring, not unimportant role). If one half of an item is sphinx-like, it’s hard to wrap your head around the relationship. Is it sex, passion, love, or all of them, is it simply going with the flow, or a more pragmatic union? Honestly, I wouldn’t know by watching Adi sleepwalking his way through it. And this is a shame, because his character is an intelligent, well-spoken presence, and you understand why everyone wants to be around him.

This is Ivana Mladenovic’s fiction feature debut, having worked so far on short films (both fiction and documentary) and a feature-length documentary. And it shows. Her film has an improvisational feel about it, and she often breaks the fictional thread to switch to an observational take on Ferentari and its inhabitants. These sequences are also more accomplished; she has a keen eye for what makes an apparently sordid environment look beautiful. It also pictures the poverty-ridden as quite picturesque, which might be a problem, but for those paying attention, the ‘problems’ are out there and visible. In terms of fiction though, she tends to abandon threads, such as Adi’s research, other figures, or him navigating the community, which is a pity.

But despite all its imperfections, Soldiers is a courageous, engaging, outspoken project and if you don’t want to miss out on the most talked-about films of the year, make sure to put it on your watch list.