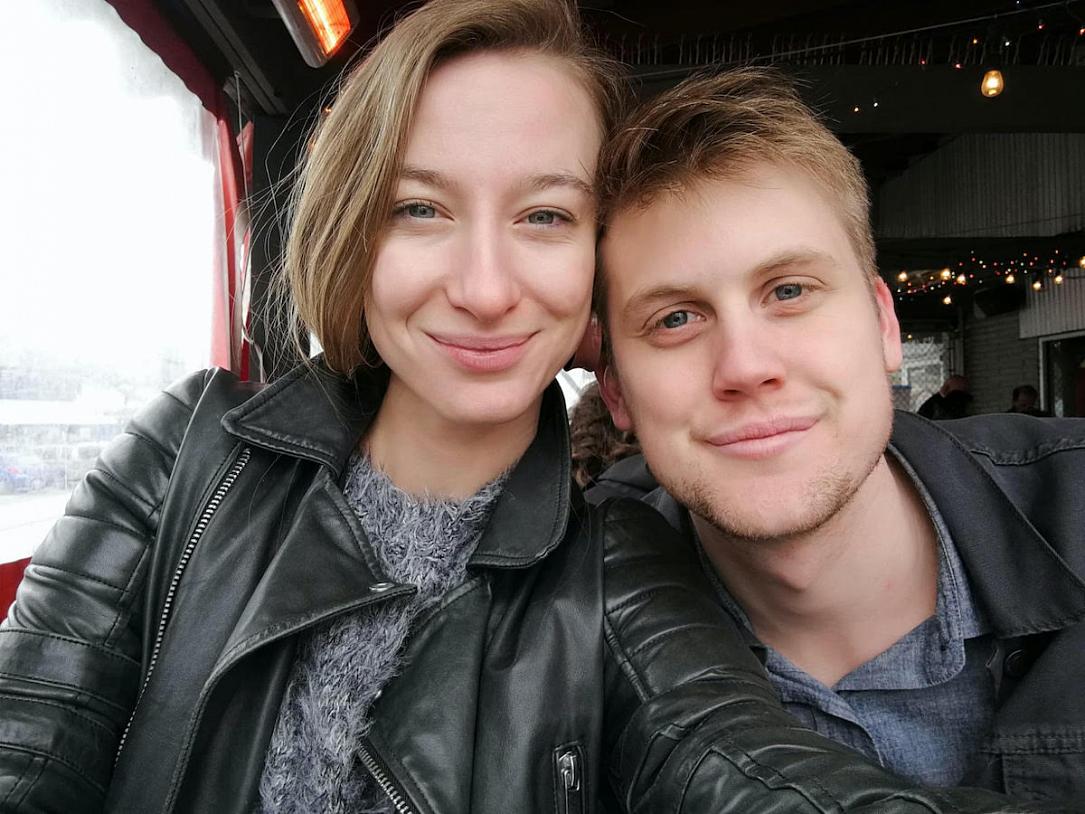 The coronavirus pandemic has changed the world, forcing many to get used to a “new normal” - travel bans, movement restrictions, and new health measures for all. And countries’ efforts to slow the spread of the virus by closing their borders have forced thousands of binational lovers and unmarried couples to stay apart for months. This is the story of Adina and Pierce, a Romanian-American couple fighting for their love in these unusual times.

It was the fall of 2016 when American Pierce Thompson and Romanian Adina Ursache met. They were both attending Goethe-Institut Berlin, and Pierce fell in love with Adina pretty much from the beginning. Their love story started a few months later, in the summer of 2017. Fast forward to 2020, they’re now living thousands of kilometers apart due to the COVID-19 pandemic and the travel restrictions it brought with it.

Pierce Thompson, 24, grew up in Alabama, while Adina Ursache, 27, was born and raised in Bucharest. They met in the German capital in October 2016, at the Goethe-Institut Berlin. But that’s not when their love story started, although Pierce noticed and fell in love with Adina pretty much from the beginning. “I remember all of our friends telling me to get over her because Adina was not interested in me at the time,” Pierce told Romania-insider.com

Weeks had passed, and Adina went home for Christmas 2016. She did not return to Berlin after that, but asked in a group chat if anyone wanted to visit her in Bucharest. And, of course, Pierce was the first (and only one) to say yes. He arrived in Romania in the summer of 2017.

“While giving me a grand tour of Romania, Adina slowly fell for me too - which was my plan all along, of course! I didn’t know at the time that I would also fall in love with Romania. Adina’s family is the nicest and most generous family I have met,” Pierce said.

While in Bucharest, Adina gave Pierce a tour of the city. They discovered the old town and Calea Victoriei together, visited the churches, the museums, and the Revolution Square. And, of course, Pierce had the chance to see the famous Parliament Palace.

That’s how their long-distance relationship started. Since then, they kept seeing each other every few months, with Pierce visiting Romania several times. In fact, he says he has visited Bucharest more times than any other city in Europe. But they also went to the Black Sea together, where they camped in a tent on the beach, they snowboarded in the Carpathian Mountains, and stayed in a private, snow-covered Comandau getaway for New Year’s 2019.

“Romania is absolutely stunning and beautiful, and I’ve tried very hard to get all of my friends to go visit. It’s hard to get them out of the States, though, but I absolutely recommend Romania to anyone who will listen!” 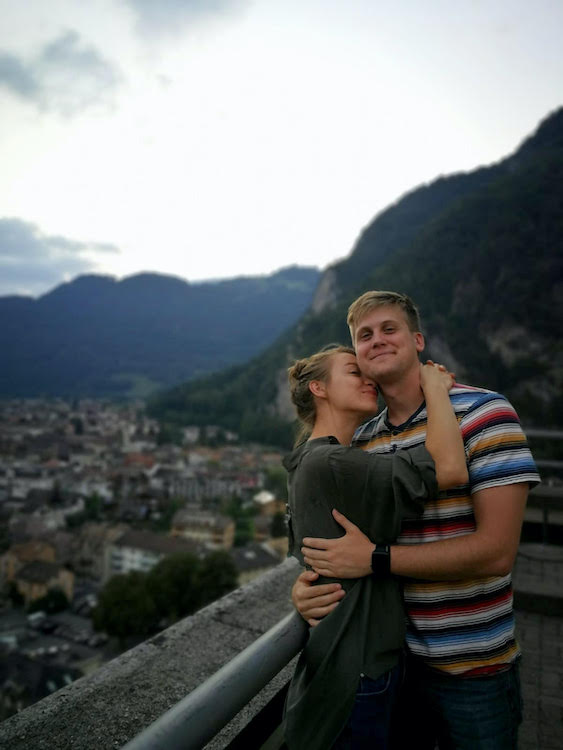 In 2019, Adina got an internship at a top hotel in Arizona, where she worked until the pandemic broke out. She had to go home as her hotel began closing down due to the lack of travelers. Pierce was also in the US at that time, finishing his college studies. Their plan was to figure their lives out together in May 2020, as her internship was supposed to finish that month, and Pierce graduated from the university the same month. But the pandemic hit the world, and they had to put all their plans on hold. They are now living thousands of kilometers apart - Pierce is with his family in Alabama, and Adina is back in Bucharest.

“Sadly, the last time Adina and I saw each other was New Year's 2020. She was living in Arizona and I in Alabama. I graduated from the university in May 2020, when her internship was supposed to end. We had plans to finally move together after that, but COVID changed all of that,” Pierce explained.

“Since then, we’re doing our best to keep our hopes up and we video chat, text, write each other letters, and send each other photos. Not knowing when we can see each other again has been quite hard.”

As in any other love relationship, things were not always easy, but Pierce hopes that this new and somewhat strange situation will make them even stronger.

“We have made it through some tough stuff, so if we make it through this final obstacle, I really believe we will marry each other. If not even a world pandemic can break our love and spirits, then there’s nothing that could,” he said.

He already makes plans for when things return to normal (or at least to an almost-normal). And his plans include making serious life changes like moving to Romania.

“Assuming we make it through this and get married, I would definitely want to live in Romania for a while. My field is IT, and I have the understanding that Romania has some pretty talented IT folks, and maybe I could get a job somewhere there. If Adina and I were to start a family, I would want to work toward some sort of visa or citizenship for Romania that would allow me to be a part of the Romanian family as well as my own back home,” Pierce explained.

Until then, he is trying to figure out a way to see Adina again. He, like many others, has joined #LoveIsNotTourism, a worldwide social media initiative aimed at finding solutions for couples separated by the COVID-19 travel bans. As its name says, the campaign aims to show that love is not tourism. The movement’s website says: “This is not just about a summer holiday, it is about mental health and the future of people all around the world.”

And that’s precisely how Pierce explains it too: “We want to stress and make clear that we are not pushing for tourism. I do not want to travel to Romania for a vacation right now. I do not want to endanger the lovely Romanian people that have been so good to me throughout my stays there in the past. I simply want to see iubirea mea (my love) for the good of our own sanity.”

And things started to move, with several countries in Europe allowing couples to meet. Among them, Denmark, Norway, the Netherlands, Austria, Germany, or France, according to Loveisnottourism.org. Unfortunately, Romania is not yet on the list.

But Pierce and Adina still have hope. And Pierce also encourages others in the same situation to just trust that their love is stronger than the virus: “Love conquers all, and only your love for each other will give you the patience to wait for the crazy world to slowly open back up.”