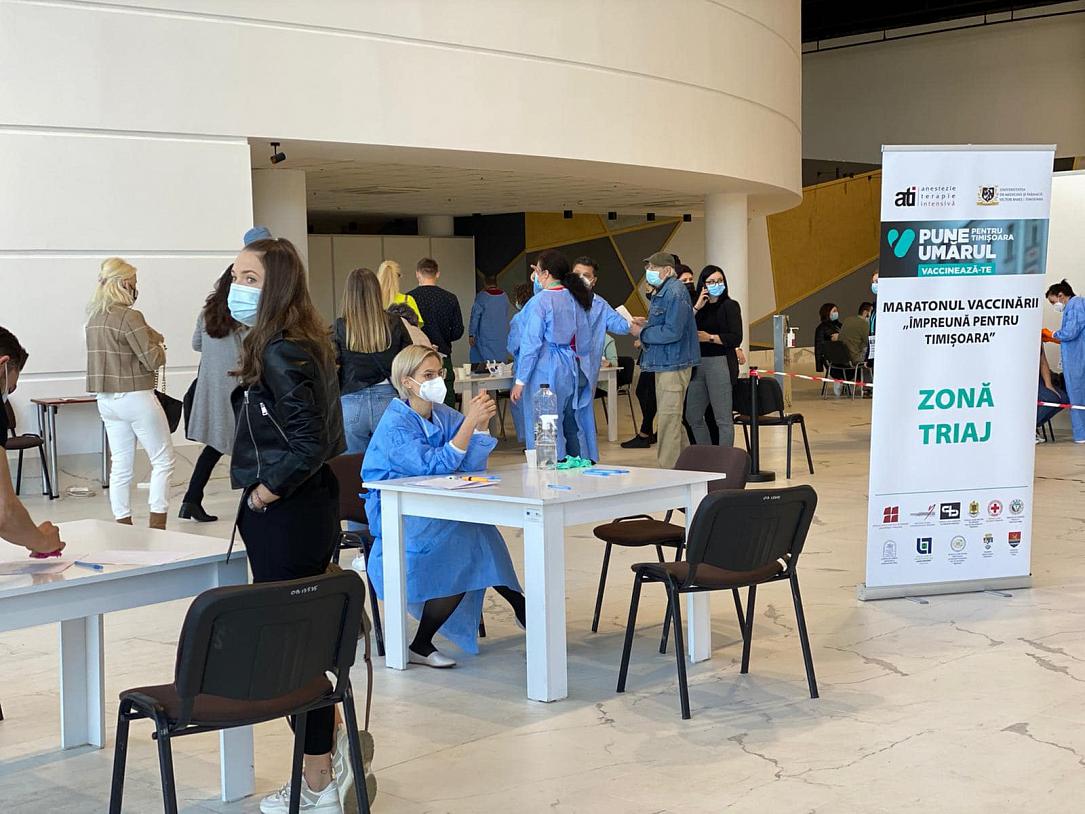 According to the latest estimates quoted by Valeriu Gheorghita, the coordinator of the national vaccination campaign, about 44% of Romania's population gained immunity to COVID-19, either through vaccination or after infection with the virus. The highest rates, of over 60%, are registered in the counties of Cluj and Ilfov, and in Bucharest, the health official also said, according to Mediafax.

According to the same estimates, more than 20% of the population in 25 counties developed immunity to COVID-19, while in 11 counties, the rate is over 40%. Three counties have a rate of over 50%.

The calculation base used for these estimates was the resident population of Romania on January 1, 2020, meaning 19.3 million persons.

According to the official report, a total of over 4.89 million people received a COVID-19 vaccine in Romania by July 20, and most of them (4.74 million) are fully vaccinated. Meanwhile, a total of over 1.08 million cases of infection were confirmed by tests in Romania by July 20, and more than 1.04 million patients were declared cured. Ninety-five people tested positive for COVID-19 in 24 hours.

Health minister Ioana Mihaila said on Tuesday that the rate of infection is expected to increase in Romania and stressed the importance of sufficient vaccine coverage.

"We can't have an exact date when the fourth wave will appear or reach its peak, but taking into account what happened in other countries - for example in the UK we now have about 45,000 new infections a day -, and considering that the incidence of Delta strain infections is also increasing in Romania, yes, we estimate that we will also have an increase in the infection rate," Mihaila said, Digi24 reported.

She also said that the vaccines offer protection against severe forms of infections and mortality risk. At the moment, the authorities are expecting recommendations from the European Centre for Disease Prevention and Control regarding the possible administration of a booster shot.

Prime minister Florin Citu also said that the specialists are analyzing the possibility of administering the third dose of a COVID-19 vaccine in Romania.

"We also have vaccines for a third dose. We are waiting for the decision, but the specialists are considering this. They will tell us when it must be administered. This is the direction in which the discussions are going," Citu said, quoted by Digi24.

He also said that the only way to get ready for a possible fourth wave is to get the vaccine.

According to the prime minister, the government plans to ease more restrictions from August 1, especially for outdoor events, to allow a higher number of participants.