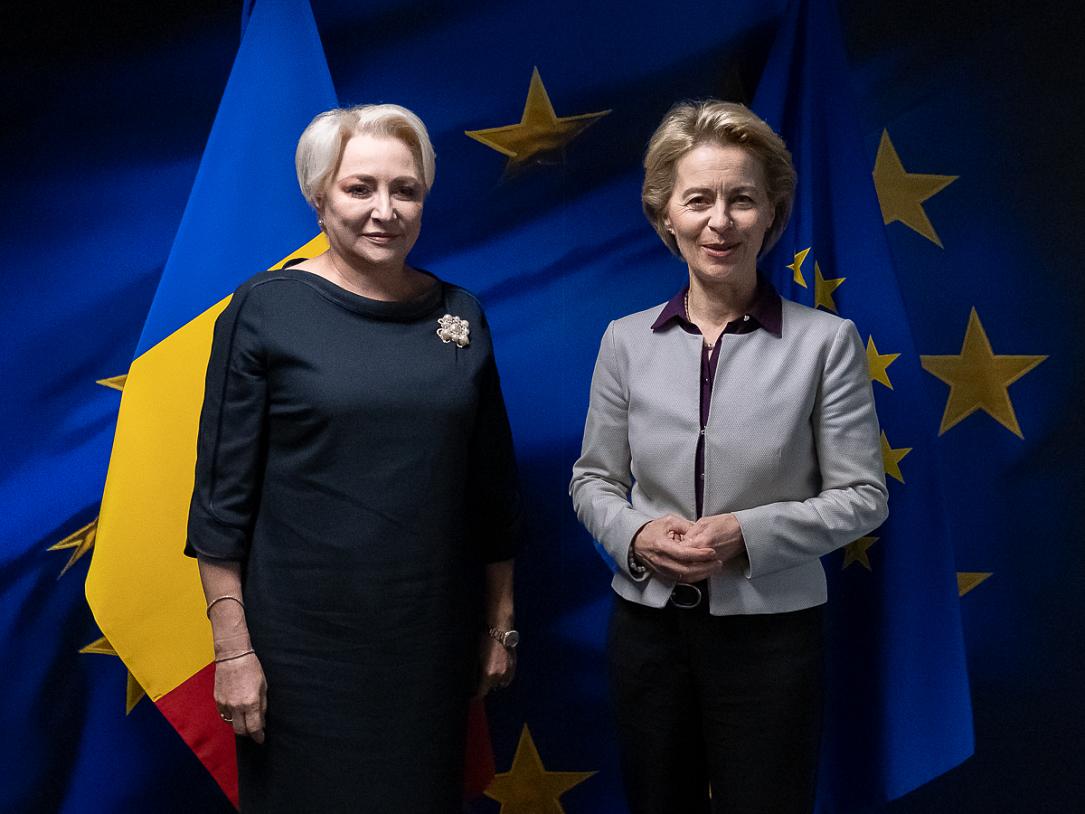 Romania’s prime minister Viorica Dăncilă informed about the topics discussed in her meeting held in Brussels with the President-elect of the European Commission, Ursula von der Leyen.

In the context of Romania nominating candidates for the new European Commission team, Dancila informed the EC President-elect about Romania’s particular interest in heading the General Directorates of Transport, Energy or Environment, News.ro reported.

"We underlined the fact that Romania is a country involved [in the activity of the EC] and for us it is important to obtain one of these portfolios. An additional argument is that Romania has achieved remarkable results during the time it held the presidency of the Council of the European Union,” says Dăncilă.

She added that she enjoyed “the words of appreciation that the president of the European Commission had for Romania.”

PM Dăncilă on August 12 sent to Brussels the letter with Romania’s nominations for a European Commissioner post, namely Dan Nica and Rovana Plumb. The nomination prompted the opposition’s vocal criticism.