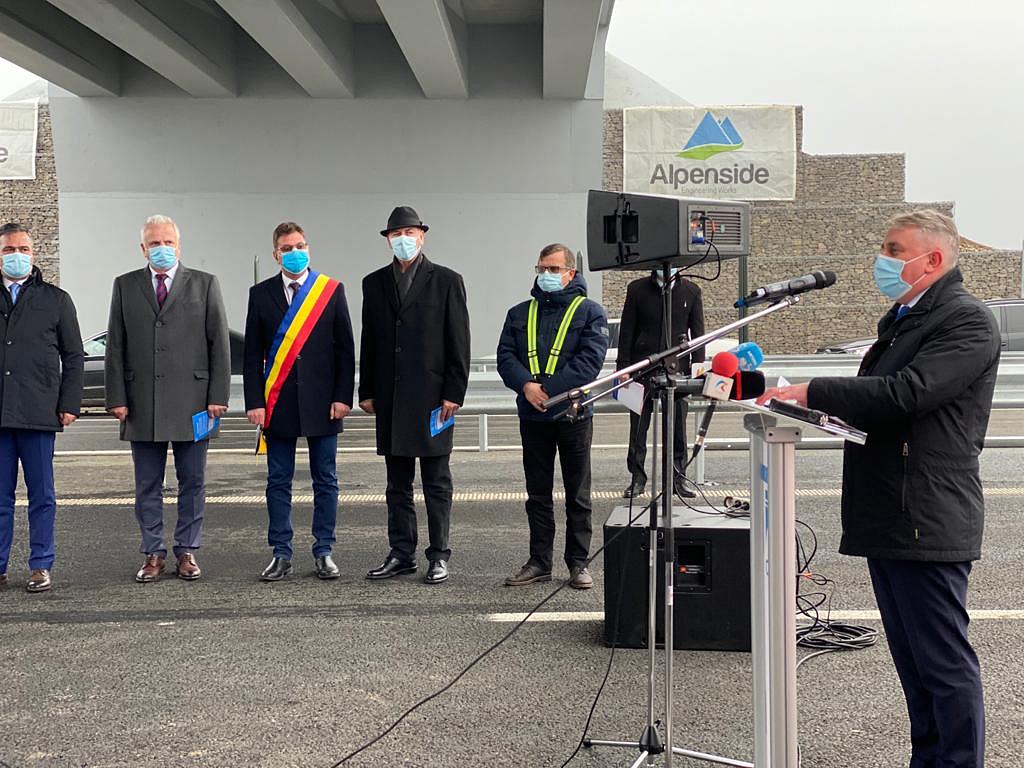 Romania's outgoing Government inaugurated on December 17 the 6.3km motorway segment between Rasnov and Cristian - near Brasov, part of the Ploiesti-Brasov motorway.

The 3.7km section between Rasnov and Predeal, a section that has posed more problems to constructors because it goes along a valley, was completed as well - but only as a four-lane highway.

Transport minister Lucian Bode stressed that the Government completed 90 km of motorways this year and assured that it remains committed to developing the country's road infrastructure.

"This achievement gives a very clear signal that the road infrastructure is a priority for the Liberal Government and at the same time a firm commitment that, after 18 years of public debates, this project received firm support and is en route to be completed. With these 10 kilometers of highway, the Liberal Government ends the year 2020 with about 90 kilometers of highway completed during a difficult year," Lucian Bode declared, on Thursday, at the beginning of the Government meeting, News.ro reported.

For the longer part of the Ploiesti-Brasov motorway, namely Ploiesti-Comarnic, the Government has launched a call for remaking the feasibility study.