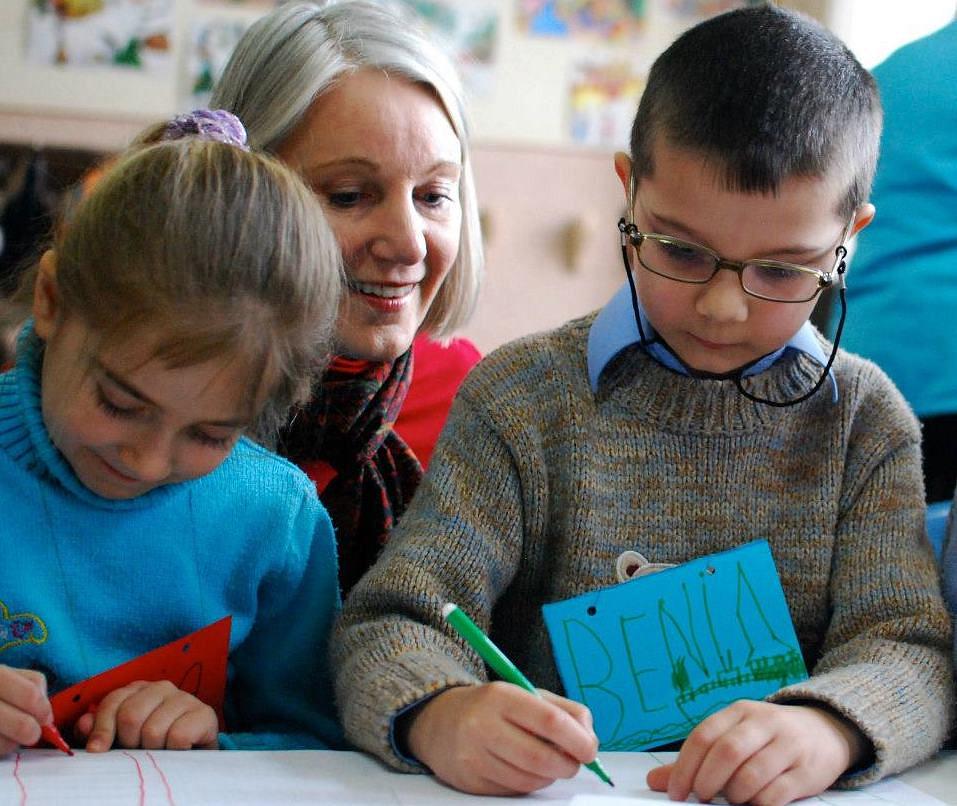 Leslie Hawke, known in Romania for her relentless work to offer disadvantaged children the chance of early education and to the world as the mother of famous Hollywood actor Ethan Hawke, will leave the helm of the OvidiuRo foundation.

"After 20 exhausting and exhilarating years, I know I will never say goodbye to Romania, her children, and the many remarkable individuals I have gotten to know over the past 20 years. But now my time for day-in and day-out work at OvidiuRo has run its course. I am grateful to be able to step back, knowing that Maria Gheorghiu (the other OvidiuRo co-founder – e.n.) is continuing to move our mission forward as the president and innovative force heading up OvidiuRo. I will remain on the OvR board of trustees and continue to fundraise among Romanian-Americans through The Alex Fund - and get back to Romania at least once a year, pandemics permitting," Leslie Hawke wrote in a message to collaborators.

Patricia Puschila Lupec has taken the helm driving the communication and fundraising arm of OvidiuRo as the foundation's new COO. She has previously worked at HOSPICE Casa Sperantei and Greenpeace Romania, two other well-known Romanian NGOs.

Leslie Hawke, former editor and publishing executive, came to Romania in 2000 as a Peace Corps volunteer. Her first assignment was to work with an NGO from the city of Bacau, in Eastern Romania, where she found her calling of helping children from poor Romanian families.

In 2004, after finishing her time in the Peace Corps, Hawke stayed on in Romania. Along with her colleague, Maria Gheorghiu, she founded OvidiuRo, a nonprofit organization dedicated to helping severely impoverished children succeed in school. She has focused on fundraising and advocacy, while Gheorghiu has been running the on-the-ground operations.

Together, they launched one of the best-known charity events in Romania, the Halloween Charity Ball, to raise money for helping poor children continue their studies. In 2006, they launched the campaign "Fiecare Copil in Scoala" (Each Child in School), aiming to bring every child in Romania to school by 2020.

In 2010, OvidiuRo initiated the program "Fiecare Copil in Gradinita" (Every Child in Kindergarten), in partnership with the Education Ministry, to offer children in disadvantaged communities access to early education. Their goal was to turn this into a national program by 2020.

In 2015, Romania's Parliament voted a national program offering low-income families social tickets to send their children to kindergarten regularly, based on the model of the OvidiuRo program. In 2016, over 70,000 children benefited from this program, according to the Government's report.

Today, as "The Agency for Early Education," OvidiuRo focuses entirely on the pre-school years. After securing children's registration and regular attendance, the next step is to make their time in kindergarten truly educational and interactive, so they look forward to primary school and are prepared to succeed there. Today, the OvR team primarily works with school inspectorates and kindergarten teachers throughout Romania. Each year OvR trains hundreds of teachers, provides quality resources, and is helping develop a national network of serious early education specialists who are improving the quality of education at the grassroots level. OvR distributes, through this teacher network, 100,000 children's books a year, designed for kids to write their names in, take home, and show their parents and siblings.