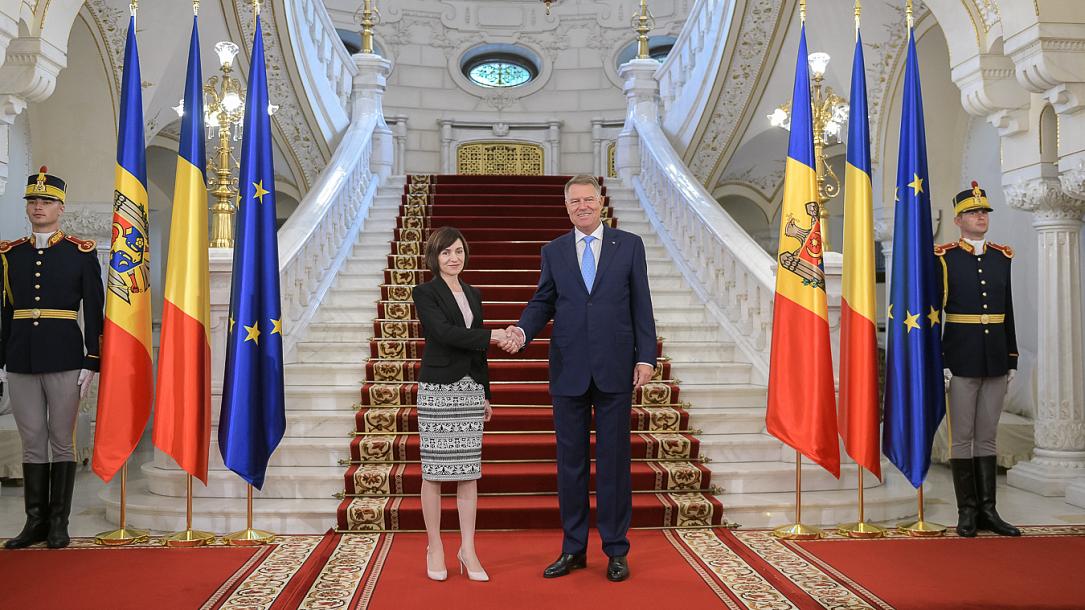 Romania’s President Klaus Iohannis and prime Minister Viorica Dancila met the new prime Minister of Moldova, Maia Sandu -- the leader of one of the two pro-EU political parties that are part of the new ruling coalition that replaced another self-declared pro-EU majority headed by Vlad Plahotniuc. Sandu made her first visit abroad to Bucharest on July 2.

She assured that her government, albeit supported by the pro-Russian Socialist Party, follows the principles of the Association Agreement signed with the European Union. “Only time will show” how strong the coalition will remain, she said answering a question about the unexpected coalition, Agerpres reported.

President Iohannis stressed that Romania will advocate for the unblocking of the EUR 100 million macrofinancial assistance (MFA) program carried by the European Union in Moldova but frozen last year amid deviations from the rule of law.

President Iohannis also stated that Romania is willing to offer “assistance dedicated to strengthening the institutions of the Republic of Moldova”.