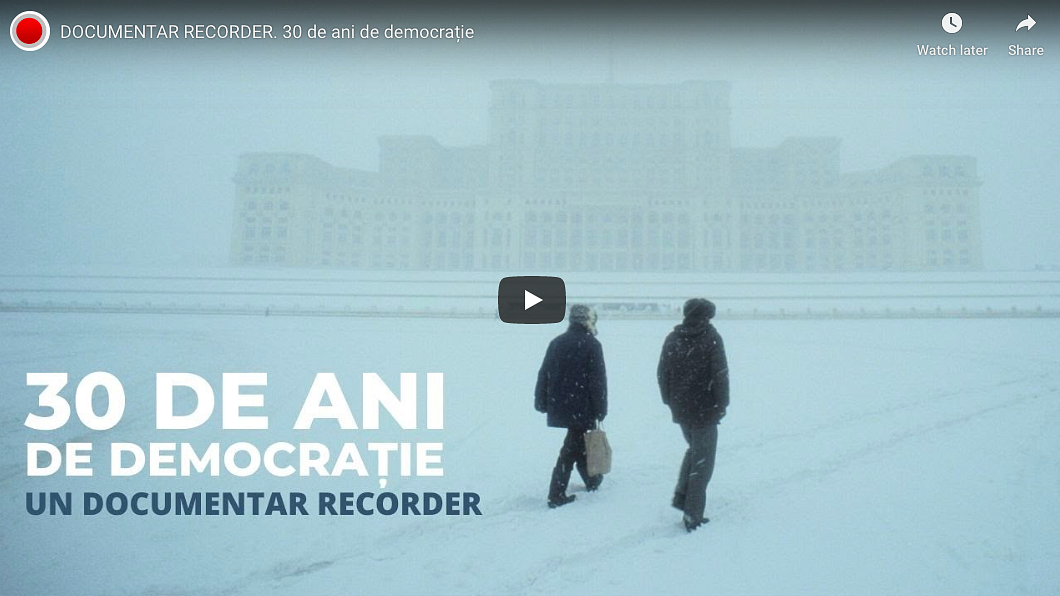 Journalists from local online publication Recorder.ro have made a three-hour documentary about how Romania has transformed in the 30 years that passed since the Revolution of December 1989, which put an end to the Communist regime and marked the beginning of democracy in the country. The documentary went viral, gathering more than 935,000 views on YouTube.

The documentary starts with images of late Communist dictator Nicolae Ceausescu holding one of his speeches about the latest measures taken by the Communist party for the people. He was usually speaking from a balcony in front of a big crowd that was cheering him at the end. Fast-forward a month later, people are once again on the streets, this time shouting “Freedom!” after Ceausescu and his wife are caught and killed following a very short trial.

The film follows the Romanians’ hopes and dreams after the fall of Communism, while also looking at the first years of administrative and political chaos, the power changes on the political scene, and the main events that had an impact on the Romanian society in the 30 years of democracy that have passed since then.

“After 30 years, we wanted to make a film about how the days that followed were actually. About all the successes, disappointments and hopes that helped us to move forward. About the times when we were fearful and about when we were brave people. About how Romania has transformed in all these years,” the documentary’s presentation reads. “This film does not claim to present absolute truths. It is following the transformation of Romania as seen by two journalists who were born in the mid-1980s and opened their eyes to a free country.”

Commenting the events in the film are journalists Cristian Tudor Popescu, Liviu Avram, Andreea Esca and Vlad Petreanu, but also politicians who have influenced the country’s fate in these 30 years, such as Petre Roman, Nicolae Vacaroiu, Adrian Nastase and Victor Ponta.

The full documentary can be watched here (English subtitles available in the video settings):