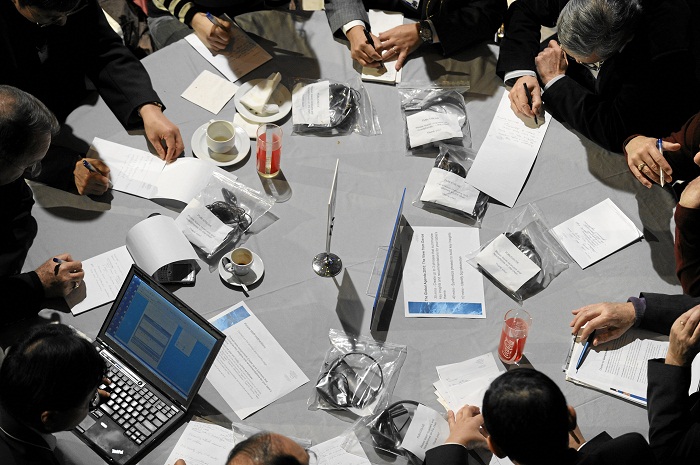 This misunderstanding has caused the Icelandic employees many additional unexpected hours of work and financial resources. The chief software architect says: “We are frustrated and feel that we have been taken advantage of and this is affecting the morale among the teams.”

The Icelandic employees believe that the Romanians were purposely being ambiguous and vague during the negotiation process in order to obtain more work free of cost from the Icelanders.

Romanians believed, on the other hand, that the Icelanders were trying to mislead and made them buy the turn-key solution, making the Romanians think that everything was included in the sale (the platform including the work it takes to specifically construct it for the Romanian market).

The results of the data analysis showed that the misunderstanding between the Icelanders and the Romanian counterparts are multilayered, due to language barriers, different communication styles and other different business patterns and values.

The Icelanders and Romanians generally communicate in English which was a native language for Icelandic workers and a foreign one for Romanians. The language barrier resulted in more frequent interaction among the Icelandic employees in the department and less between them and the Romanians, communicating across only very important issues, and then asking the best English speaker from the Romanian team to be an interpreter. According to the Icelandic workers, the language barrier was a serious hurdle in their communication interaction, causing misunderstanding, mistakes and delays.

To understand this finding, it is important to know that English has become the primary foreign language taught in Romanian schools only recently. Many people over forty were not required to learn English as French was more common, so they learned English probably after they had left high school through private language schools or taking courses abroad.

Romanian workers preferred to reveal their opinions in private, not in front of a group. Or just wait and see what happens if they remain silent.  Icelanders, on the other hand, are quite spontaneous and say directly what’s on their mind. They rely very little on formal rules in their decision-making.

Another communication conflict reflected cultural differences in the pace of work and meeting deadlines. The Icelandic employees complained about projects taking too much time than originally planned. For example, writing a contract that they assumed would take about a month turned out to take five months. Meetings did not begin and end at the scheduled time and waiting for a response to an email message could take a week.

In terms of decision-making and planning, the Icelanders were not satisfied with Romanians who did not stick to previously-agreed decisions and kept ends open deliberately causing delays so they could make changes any time. Moreover, the Icelanders complained that the Romanians didn’t seem to plan ahead of time, and if they did, the plan would probably change. The Icelanders were uncertain how to react in these kinds of situations as they did not want to appear too pushy.

Punctuality and timeliness (the importance or lack of importance placed on being “on time”), the use of time (how time is spent e.g. on completing a task or building relationship or conducting negotiations) showed more cultural differences.

It seems that the misunderstandings between Icelanders and Romanians are based on a combination of the first two elements. The Romanians perhaps do not place the same importance on punctuality and may prefer to spend more time in building relationships (which Icelanders see as less important than the task itself).

According to the Icelandic employees, Romanians expected their managers have all the answers and tell them what to do and how.  This situation occurs in a very formal hierarchical structure that can take a very long time resulting in delays and deadlines being missed because of too much attention being paid to details .

On the other hand, superiors in Iceland are less autocratic than the Romanian ones and the differences between the bosses and subordinates are not clearly marked. Because the hierarchy in Iceland is relatively flat, the communication between the managers and the subordinates is faster and issues are managed more rapidly.

Icelanders belong to a low power distance culture where they believe that less hierarchy is better and that power should only be used for legitimate reasons. In contrast, Romania belongs to a high power distance culture where the hierarchy is valued and there is a wider gap between superiors and subordinates with more formal relationship between them.

Mergers and acquisitions that take place more and more nowadays within national borders are challenged and may result in frustration, resistance, and conflicts for employees and management, cultural differences in communication style and work-related values seem to put some pitfalls on the way to successful results.

Have you ever been in a situation like this? Tell us the story. Feel free to comment below or send an e-mail to irina-budrina[at] hotmail.com.