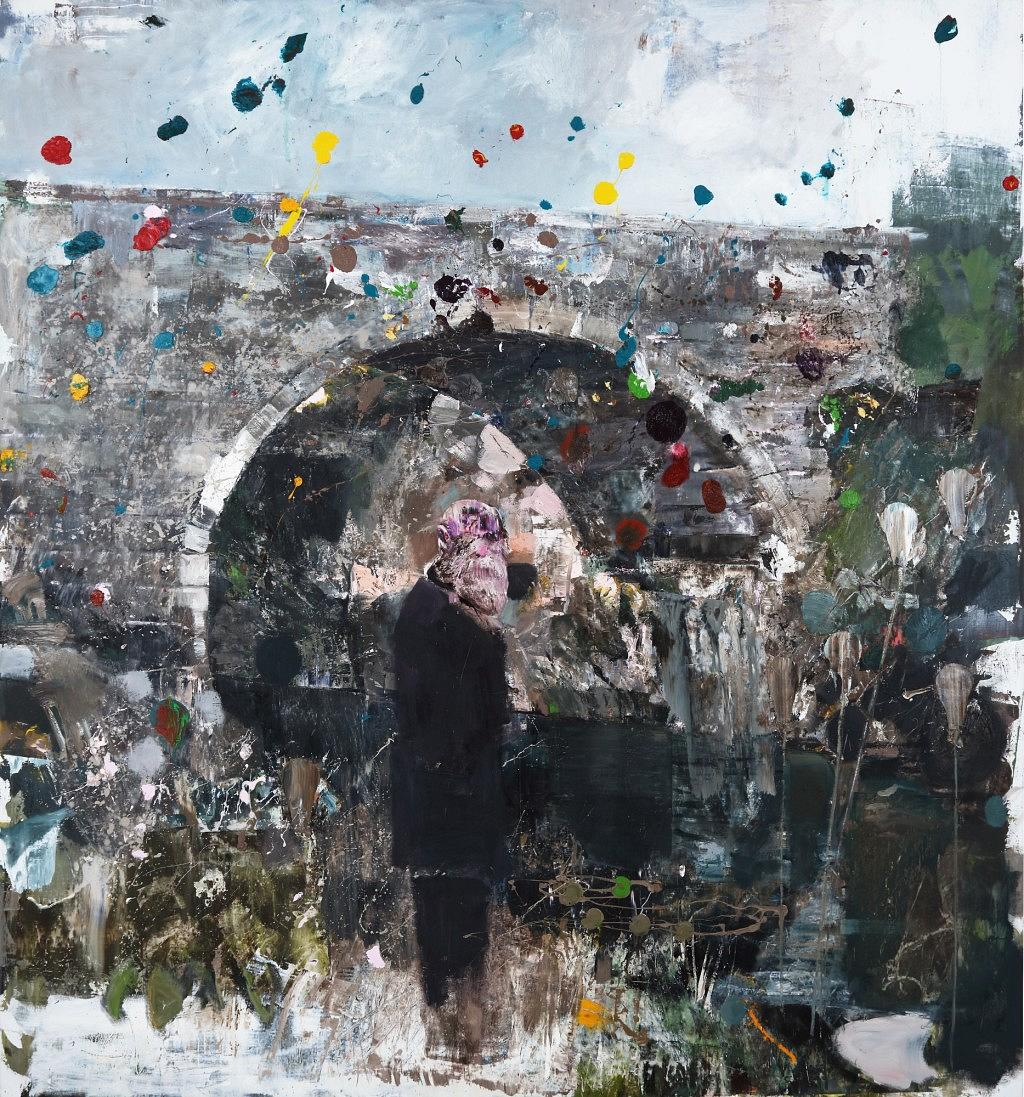 "An extraordinary example of Romanian painter Adrian Ghenie's interrogation of personal identity and collective trauma, The Death of Charles Darwin (2013) is amongst the artist's most sophisticated portraits of the British evolutionary scientist, Charles Darwin, winning the artist both critical and popular acclaim," reads the description on the auction house's website.

"Exploring the idea of "self" and identity in his canvas works since 2010, Ghenie incorporates the recognizable forms of historical figures—including Adolf Hitler, Vladimir Lenin and Vincent Van Gogh—into his paintings, presenting an exceptional amalgam of the personal and the historical. Amongst the most iconic paintings of his widely renowned oeuvre are those in which he engages with Charles Darwin and his ambiguous legacy, as seen in his first exhibition with Pace in New York in 2013, New Paintings, and again in 2015, when the artist dedicated the Romanian Pavilion at the 56th Venice Biennale to the impact of Darwin's revolutionary discoveries and European post-war identity."

According to the same presentation, 2011 was the first time that Adrian Ghenie incorporated the visage of Darwin in his work, depicting himself wearing a mask of Darwin in Self-Portrait as Charles Darwin.

Born in 1977 in the northern Romania city of Baia Mare, Ghenie graduated from the Art and Design University of Cluj-Napoca. His works regularly fetch high sums at international auctions and are part of art collections around the world.

In April this year, two paintings by Adrian Ghenie sold for a combined EUR 6.2 million at another auction organized by Sotheby's Hong Kong.