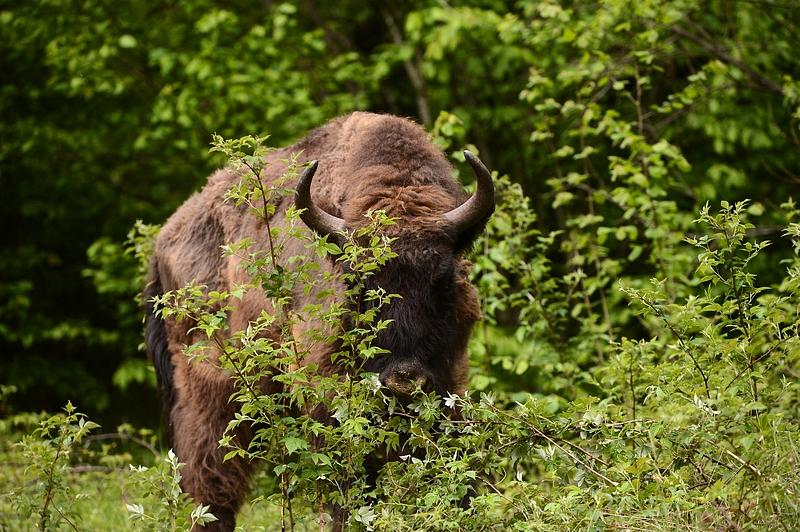 Rewilding Europe and WWF Romania have been reintroducing European bison into the Southern Carpathians rewilding area, which is located close to the village of Armeniș, in western Romania, since 2014.

The Bison Hillock herd is the largest of free-roaming bison in the country. With this latest transport, it now stands at about 80 individuals.

The Life-Bison rewilding project aims to create a viable population that breeds in the wild and supports the area's biodiversity. Each bison is genetically valuable and is carefully chosen by specialists to be translocated and released into this optimal habitat, the Ţarcu Mountains Natura 2000 Site, the NGO said.

"The animals in the latest release, for example, come from nine different European reservations," said Alexandra Sallay-Moșoi, LIFE Re-Bison technical project manager with WWF-Romania. "They have already spent almost a year together forming social, non-habituated groups at two locations in Germany: ten females at the Springe Reservation, and three females at the Donaumoos Reservation. This process is designed to give the animals the best chance at thriving in the wild."

LIFE-Bison rangers will monitor the behavior of the newcomers for at least 21 days in a quarantined acclimatization enclosure. The bison will then be released into the wild.

There are now more than 100 bison in three different areas in Romania: Vânători Neamț Natural Park, Făgăraș Mountains and Țarcu Mountains. The reintroduction of the bison into the wild began in the 1950s, and in Romania in 2012.

The largest subpopulations are now found in Poland, Belarus and Russia, but only eight of these herds are large enough to be genetically viable in the long run. The species remains dependent on ongoing conservation measures, such as the relocation of bison to optimal habitats to create viable populations and promoting human-bison coexistence, the NGO explained.

The grazing done by the bison helps to maintain biodiversity-rich mosaic landscapes of forests and grasslands, while they also form a key component of local food webs. More than 596 animal species and 200 plant species benefit from these huge herbivores. Moreover, the bison is a species that, if successfully reintroduced and its habitat actively preserved across the entire Carpathian Mountains, will help maintain ecological corridors on a large scale, allowing for species migration, such as brown bear, wolf or lynx, WWF said.