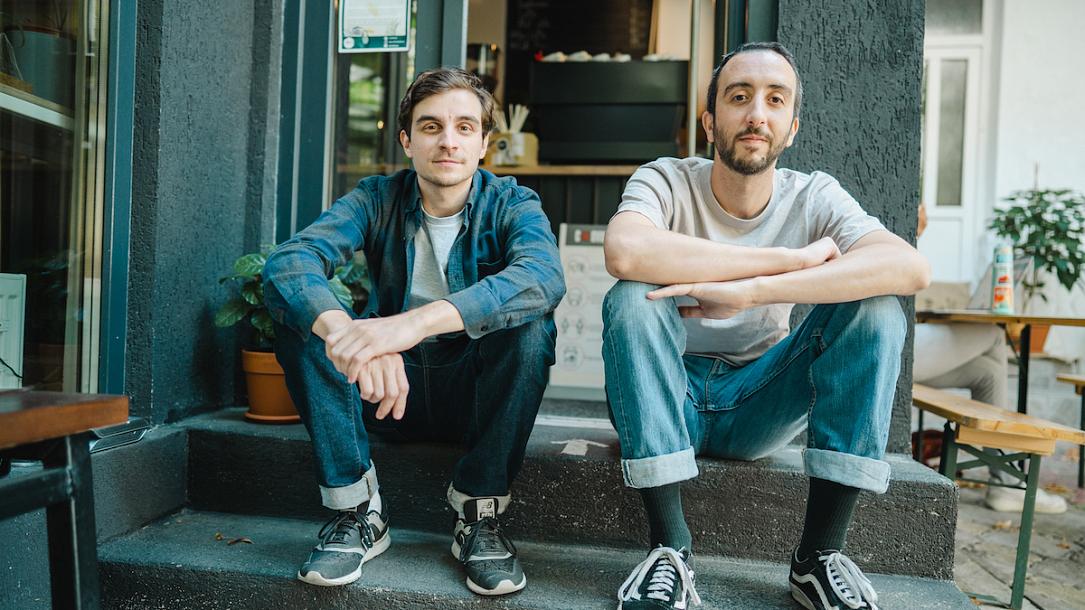 A two-week holiday in Romania was enough for Hugo Pillegand and Arthur Bergeret to fall in love with the country and its capital city. So they decided to start a business here, turning a big building in the heart of Bucharest into a co-living & co-working place for digital nomads, slow travellers or freelancers. And they completed their community experience with a specialty coffee shop. Below is their Romanian story, as told by Hugo.

Hugo (picture, right) and Arthur (picture, left) are childhood friends, both from France. Hugo was born in Paris but raised in Lyon. He studied economics in Lille and then joined the corporate world for a while, working in advertising and sales. A great professional experience overall, but not enough for Hugo, who was dreaming of opening his own business in hospitality. So one day, he decided to quit his job and take a year to travel. He went to South America, discovering countries like Ecuador and Colombia.

Back home, he started checking European markets for a potential business project, with Eastern Europe high on the list. “I was actually thinking of this area of Europe because I have always been attracted by the Eastern countries and what’s different from what I know,” Hugo told Romania-insider.com.

So when Hugo and some of his friends decided to go on vacation together, they chose Romania. They spent about two weeks discovering the country, including Bucharest, and fell in love with it. ___STEADY_PAYWALL___

“I came to Romania with a group of friends, and among them was my childhood friend Arthur. We were already thinking of probably starting something together. On the last day in Romania we told ourselves: wow, this country was really nice! And that’s when we also thought of coming back,” Hugo said.

Back in France, Arthur and Hugo decided to return to Bucharest for a longer period, at least a few months, to try it out, to see if they could really start their dream project here. So they packed their bags, came to Bucharest and landed in some sort of student housing building close to the central Carol Park, perfect for their budget and plans. A big building with private rooms and plenty of space, which they managed to take over and turn into what is today known as the Vine 21 co-living & co-working space and the AM Specialty Coffee Shop.

“After three months in Romania, we got the opportunity of taking this place over, and it was a big challenge. It was like: ok, we have this opportunity, do we do it or not? So we did,” Hugo said.

The start was quite challenging and tricky, especially as they weren’t speaking Romanian very well back then. So they had to put in a lot of effort to navigate through all the legal things, the bureaucracy, and then the entire refurbishment & revamping process. But things moved forward, and today, about three years and an investment of EUR 60,000 later, they’re running quite a successful business in Bucharest.

“When we took over the space, we thought the original concept already includes the accommodation part, and there is this booming concept of co-living… So we started exploring this new concept, and we said ok, we want to go further with this co-living idea and develop it here,” Hugo Pillegand explained.

The first to open was the co-living part of Vine 21, on September 1, 2018, with the main idea of creating a community of foreigners and locals who can live and experience new things together. A fresh concept for Romania that not only survived the difficult period of the COVID-19 pandemic but rather grew as more people started working remotely, online. Plus, the idea of mixing travel with work doesn’t sound bad at all.

Vine 21 Co-living offers 12 private rooms and common spaces such as the kitchen, living room, dining room, bathrooms, and outdoor terrace. Moreover, guests also have access to the co-working space, which opened in October 2019. The minimum stay is one week and the average stay is 1 to 3 months. But some enjoyed this community life so much that they ended up extending their stay to over six months. 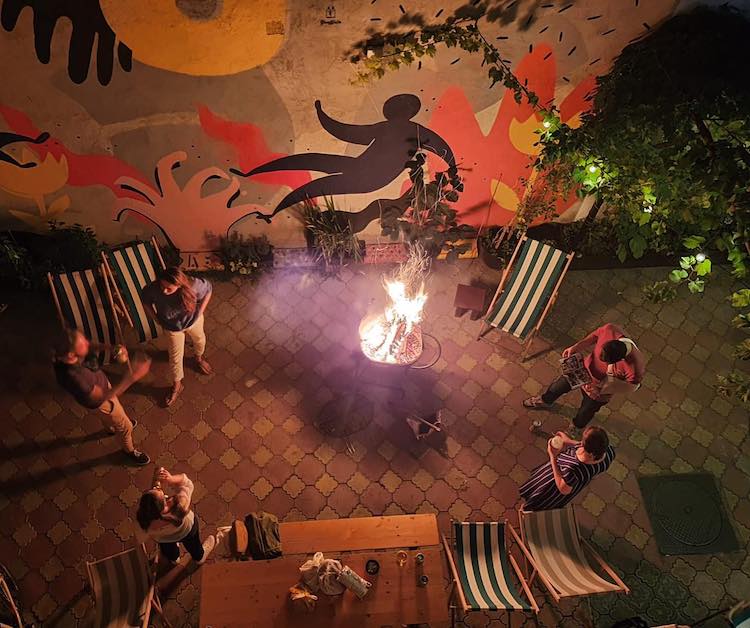 Since its opening, Vine 21 has been gathering all kinds of creative people in one place, such as entrepreneurs, videographers, designers, musicians, or artists, but also digital nomads and slow travellers from all corners of the world. They came to Bucharest from countries like Colombia, Germany, Italy, France, Austria, Japan, Georgia, Greece, or Turkey, but there have also been Romanian guests.

And, as Hugo explains, the co-living is quite a unique experience that often grows into something bigger: “Since we started the project, we had people who engaged in friendships, romantic relationships, business projects. Some even started businesses together. So this goes further than being a simple experience.”

With the co-living & co-working going so well, Hugo and Arthur moved on to the third stage of their project: the coffee shop. However, although they had it ready for opening in the spring of 2020, the pandemic forced them to change their plans and wait a bit longer.

“We were supposed to open the coffee shop in March 2020, exactly at the beginning of the pandemic. So anyway, it got totally crazy, and we had to wait because we couldn’t open under those circumstances,” Hugo explained.

As things relaxed a bit in the summer of 2020, the two young entrepreneurs decided to give it a try and open the AM Specialty Coffee Shop. And, although they had to close it again a few months later, as a new COVID-19 wave hit the country in the fall, they got to see how everything works and be even more prepared for when things calm down. And the big opening finally happened in April 2021.

Today, the AM cafe is the social place where both foreigners, guests of Vine 21, and locals meet for a tasty specialty coffee or a local craft drink on the terrace or indoors. The venue also hosts special events such as exhibitions, movie screenings or small parties. Plus, it is pet-friendly, so customers can bring their four-legged friends with them, and laptop-friendly for those who also want to work for an hour or two. Those who need to feel more like in an office can go to the co-working space on the first floor, and pay a fee to use it for a day, a week, or a month. 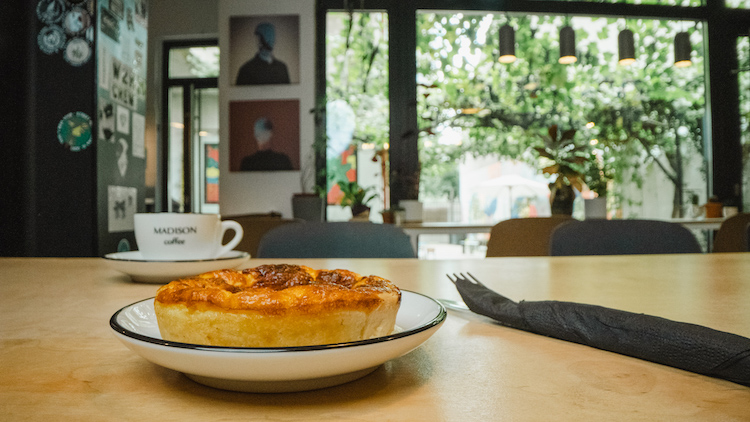 After about four years of living in Bucharest, Hugo Pillegand still likes the city’s eclectic architecture, parks and charming neighbourhoods of Cotroceni and Armeneasca. But he’s also a big fan of Romanian nature and traditional life, such as the one in Viscri village.

And, as a young entrepreneur in a foreign country, Hugo says that Romania is a country of many opportunities. He believes that people with an entrepreneurial mindset should also add this country to the list when planning their next project.