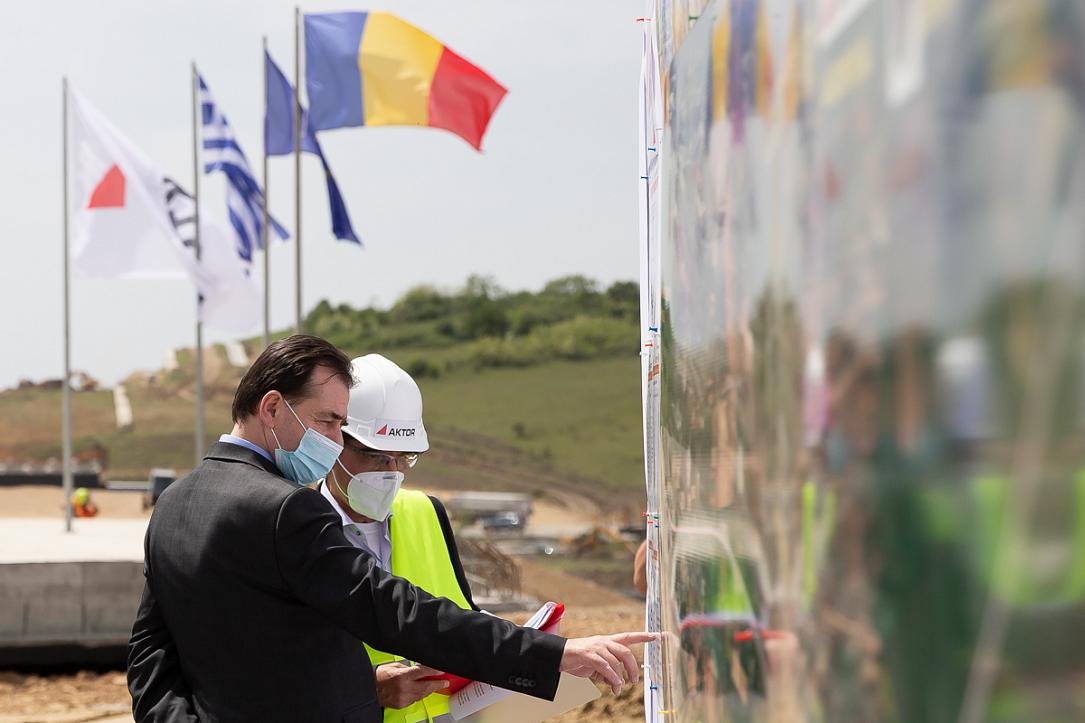 Greek construction group AKTOR announced it has significantly accelerated works on the second segment of the Sebes-Turda highway (A10) in western Romania. The group announced that the project was marking considerable progress and also released a video to show the work pace.

The announcement came just a few days after prime minister Ludovic Orban visited the highway site and asked the contractors to speed up the work so that the highway can be opened for traffic in November this year. However, Pro Infrastructura, a local NGO that monitors public infrastructure projects, believes there are slim chances that the project will be completed this year.

The Sebes-Turda highway has a total length of 70 kilometers and connects the cities of Sebes and Turda, also passing through Alba Iulia and Aiud. When completed, it will link the A3 highway, also known as the Transylvania highway or the Bechtel highway (as it was started by American group Bechtel), to the A1 motorway, which currently goes from Sibiu to Romania's western border. It will thus offer a high-speed road connection from Cluj-Napoca, Romania's second-biggest city, to the border with Hungary at Nadlac, as the A3 segment between Cluj-Napoca and Turda is operational.

Work on the Sebes-Turda highway started in December 2014 and should have been completed in 2016. A 29-kilometer segment, the one between Turda and Aiud, was completed and opened for traffic in 2018, two years behind schedule. The remaining two sections, with a total length of 41 kilometers are still under construction.

The first 17-kilometer segment, which starts from Sebes, is more advanced, but its completion is still problematic due to power lines that continue to block the construction of a railway overpass, according to Pro Infrastructura, quoted by Adevarul. The 24-km segment to Aiud, which is being built by Aktor, is currently 67% completed and a more realistic deadline for its completion is mid-2021, according to the NGO.

"The construction of the 24.25 km section extending from Paraul Iovului to Aiud by the Aktor-Euro Construct Joint Venture, now employs over 600 employees, with Aktor planning to increase staff to over 750, for the completion of the project. The company has also increased the specialized construction equipment used in the project," Aktor announced in a press release.

"In light of COVID-19 containment, all works on the project are currently being executed under strict health and safety measures," the company added.

During his recent visit to the construction site, prime minister Ludovic Orban urged the contractors to work faster so that the highway can open for traffic in November this year.

"The completion of this project should have taken place at least two years ago. For various reasons, we are in the current situation. The purpose of our presence here is to convey to builders and contractors very clearly that we are fulfilling all obligations, paying on time, creating a work front, offering any form of inter-institutional support, but we expect compliance with this schedule. It can only be achieved through additional mobilization," the PM said, according to Adevarul.

"The objective for lot 2 is to start the traffic on November 30. There may be works left that do not affect the roadway, but the deadline is November 30. Section 1 is more advanced, but from the discussions with the contractor, it is clear that a better mobilization is needed there as well. At the current work pace, the objective cannot be achieved," the PM added.

Pro Infrastructura representatives believe that the PM's deadline is more an electoral promise and is not realistic. The NGO also observes that the project has been dragging for over five years, despite promises from politicians that the project would be completed.