Romanian Alex Gavan, Italian Tamara Lunger set off for winter climb of the second highest peak in the world 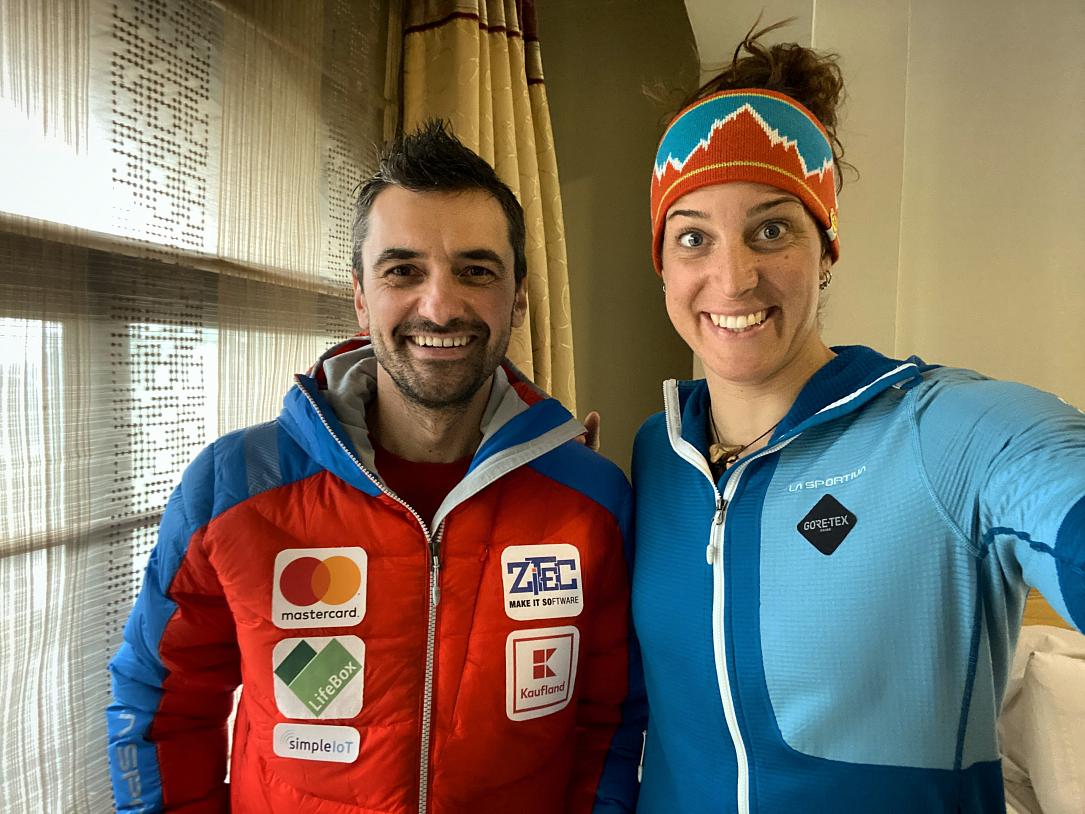 Romanian Alex Gavan and Italian Tamara Lunger have partnered in an attempt to climb without supplemental oxygen the K2 (8611m), the second highest peak in the world and the last 8000+ meter peak remaining still unclimbed during the winter season.

With the team already in Pakistan, the expedition is expected to last until the end of winter, the two climbers announced.

Their planned route will be via the Abruzzi Spur, the original line of the 1954 successful first ascent of the mountain. During their acclimatization period, between the 5000-meter high Base Camp and the summit, the two plan to set up four high camps at the altitudes of 6000m, 6760m, 7350m, and with the last one at almost 8000m. With the expected arrival at the Base Camp on New Year’s Eve, they are set to start the over 100 km trek in the Karakorum mountains on Christmas day, from the remote village of Askole of the Baltistan region, in the northern part of the country.

K2 is one of the most challenging and dangerous to climb mountains in the world, having the second highest fatality rate among the fourteen 8000+ m peaks. Approximately one climber never returns from the mountain for every four reaching the summit.

K2 is nicknamed ‘The Savage Mountain,’ and its first winter ascent is largely regarded as one of the last great undone challenges of the current generations of high altitude climbers, the two explained. The thin air, unpredictable weather, fierce winds, extremely low temperatures, technical mixed terrain of rock and ice, and the short days of the coldest of the seasons made climbers back off in the winters of 1987/1988, 2002/2003, 2011/2012, 2017/2018, 2018/2019 and 2019/2020.

The highest point reached during winter was 7650m. The real feel temperature at the summit is currently - 70 Celsius degrees, with wind speeds of up to 70 km per hour. At the altitude of the base camp, the real feel is - 31 degrees Celsius, and the winds have a speed of 35 km per hour. Above 7500m altitude, acclimatization becomes impossible, and the human body is slowly dying. At the top, each breath brings in less than a third of the oxygen of a breath at sea level, the two climbers explained in a press release.

Tamara Lunger is one of the eleven women to have climbed K2 without oxygen. It happened in 2014 when she also became the second Italian woman to achieve this. In 2016 she was part of the team making the first ascent of Nanga Parbat in winter, a mountain with no less than other thirty previous winter attempts. She stopped 70 meters short of the summit. She also had previously winter attempts on Manaslu - 8156m, Gasherbrum 1 - 8080m, and Gasherbrum 2 - 8035m, all done together with Simone Moro. In 2018 they did the first winter ascent of Peak Pobeda - 3147m in Siberia, one of the coldest mountains on earth. She is a previous world champion at ski mountaineering and also a winner of mountain running competitions. If the K2 ascent is successful, she will become the first woman in history to succeed in a first winter ascent of an 8000+ meter peak. As an Italian, she would follow in the footsteps of the first climbers to have made it to the top, Italians Achille Compagnoni and Lino Lacedelli 66 years ago.

“For weeks, I thought about this project, trying to understand if it was my way, my real dream. I thought about it a lot, and then I called Alex, who immediately told me that he already knew the reason for my call: the proposal to climb K2 in winter together. I was impressed by this immediate connection, and so it confirmed my choice. The lockdown changed my way of thinking and acting. I feel I have grown personally, and I understood more the power of the energies in each one of us and between people and that they can also influence our surroundings. […].” Lunger says.

Gavan uses the summits of the world’s highest mountains to advance environmental causes, such as the quest against illegal logging, protecting and conserving Romania’s virgin forests, Vacaresti Nature Park, creating the Bucharest Green Belt, “Oltenia de sub munte” UNESCO Geopark or saving the asprete, a rare fish species. After surviving the earthquake and the Everest avalanche on April 25, 2015, together with his team, he initiated the humanitarian campaign Joy for Nepal, which helped more than 300 children study in three schools built from scratch in remote Himalayan villages.

This expedition also marks the first attempt of a Romanian on an 8000+ meter winter climb.

“Tamara and I are not here for the race of who will be the first to the top of K2 in winter. Still more, we are not interested in this race, and we do not belong to any kind of summit rush and fever. We are not in any kind of competition with other teams on the mountain, but instead bring our energy and equipment for collaboration to work up the route in the spirit of abundance, generosity, and altruism. It is my deep belief that mountains are to be climbed not only with ice tools and crampons, which we all have but above everything else, with humbleness. For me, climbing mountains outside is climbing mountains inside. To me, K2 is a great teacher and a great master, which I revere, not some gigantic pile of rock to just be desecrated by a Victorian mindset of conquest. Going without supplemental oxygen is not only a choice we deem ethical, but the only fair approach we can envision and have over this most extraordinary being, the mighty K2. For us, being on his steep and icy slopes is foremost a spiritual matter, and only secondary a climbing feat. Ascension is always from within,” Gavan says.

The team is sharing the base camp logistics with one other expedition for efficiency reasons; they have their own climbing strategy and acclimatization schedule, their own decision making on and off the mountain, and their base camp dining tent.