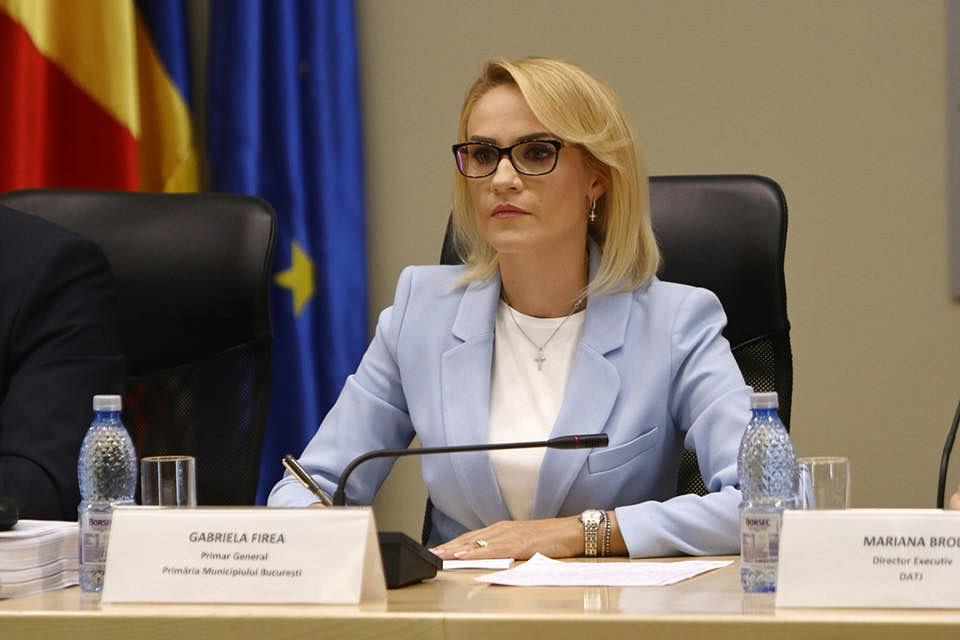 Bucharest mayor Gabriela Firea declared herself surprised by the Social Democrat Party (PSD) leader Liviu Dragnea naming her a potential candidate of the PSD-ALDE alliance in the presidential elections.

Dragnea said on May 26 that the candidate of the PSD-ALDE alliance should be determined between ALDE leader Călin Popescu Tăriceanu and Gabriela Firea.

“I am surprised by Mr. Dragnea’s recommending me as a possible candidate in the presidential elections. I did not discuss this topic with him now, or when I was in the PSD leadership,” Firea wrote in a Facebook post.

Firea said that she did not and does not wish to run in the presidential elections but wants to finish successfully the projects she started in Bucharest.

Firea recalled that her projects were boycotted by the PSD leadership after she became mayor. “After winning the parliamentary elections in 2016 I was, unfortunately, turned into a punching bag. Some ministers said, after they were changed from their post, that they did not help the Bucharest City Hall because they did not have the “ok” from higher-up and to ‘prevent Firea from going up in the polls’. Projects in Bucharest were boycotted by some members of the governments and I was and I am blocked by the National Liberal Party (PNL) and by the Save Romania Union (USD) in the General Council. How would have today’s voting results looked like if the electoral promises were kept in the capital and all over the country?” she asked.

Firea explained that hear health was fragile in the past six months and she is to undergo another surgery this summer.

She argued that PSD should work in the coming period to regain Romanians’ trust, to relaunch itself and only afterwards decide on a candidate for the presidential elections. She said she was not surprised by the results of the exit-poll and that it was a result of the decisions and behavior of the past two years.

“When I saw that my warning, and that of several other colleagues, from 8 – 9 months ago, is not considered in the party’s executive committee and by the party leader, I gave up all the political positions. Some willingly, others not. I stayed on as a simple party member. We were called coup-makers, traitors. These were all fabrications to hide the reality: people wanted another public agenda, focused on the citizens’ needs,” the mayor said.

She also warned of the danger that “the Romanian left could disappear the same way, almost 20 years ago, the historical National Christian Democrat Peasant Party PNŢCD disappeared.”