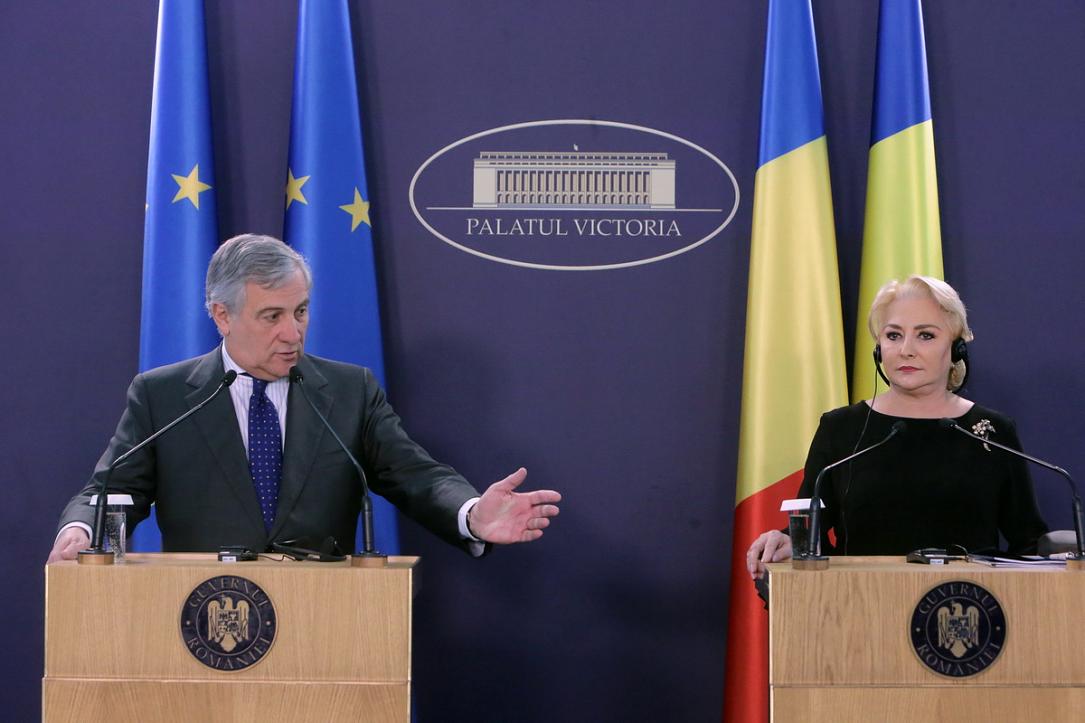 European Parliament president Antonio Tajani believes that the process of accession to Schengen should be accelerated in Romania’s case. He made the statement on Wednesday, November 21, at the end of a meeting at Victoria Palace in Bucharest with prime minister Viorica Dancila.

“I think it is time to accelerate Romania's accession to the Schengen area. In order to better secure our borders and our security, some countries that are still awaiting decision need to join Schengen as soon as possible,” Tajani said, according to local Hotnews.ro.

Antonio Tajani also said that Romania would support projects of the European Parliament next year, when it will hold the presidency of the EU Council.

“The Romanian government is committed to supporting some of the European Parliament's initiatives. I'm thinking about reforming the Dublin system, I'm thinking of a political agreement on the budget. So it is a sign of great availability that the Government of Romania sends us. We are ready to work with the next Presidency. On May 9 we will be at the Sibiu Summit, when we will also have the opportunity to launch a strong message to the voters,” the EP president said.

PM: Juncker assured me that Romania will get into Schengen by 2019