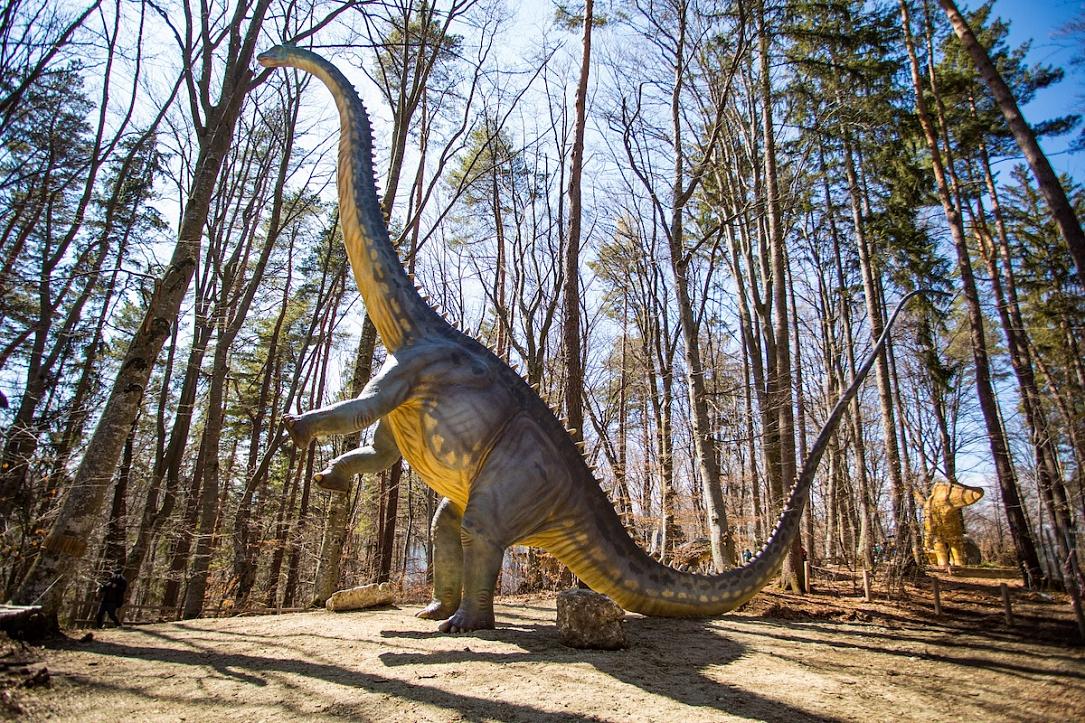 A life-size replica of an 11-meter tall Diplodocus, the “tallest dinosaur in South-Eastern Europe,” can now be seen at the Dino Parc in Rasnov, central Romania.

“Diplodocus was a herbivorous dinosaur in the family of sauropods, the largest creatures that ever existed on Earth and lived, more precisely, 150-147 million years ago, in an area of ​​present-day northwestern America, intensely populated with dinosaurs of colossal size. It fed on plants, especially the leaves of the trees, and for that, it had an extremely long neck. Diplodocus also had a long tail, composed of 80 vertebrae, probably the longest of all time, which it used to maintain its balance when it stood on its hind legs to reach the tops of trees,” the dinosaur park said.

Dino Parc Rasnov is the largest dinosaur park in South-Eastern Europe and an open-air museum, unique in Romania. The park is home to over 100 life-size, scientifically certified dinosaurs, according to the latest paleontological discoveries.

Visitors can see at Dino Parc a replica of the largest flying animal in the world, Hatzegopteryx thambema, as well as a real meteorite, extremely rare, discovered in Romania. The park’s collection also includes a Seismosaurus, the giant 45-meter-long sauropod that creates a small earthquake at every step.

Dino Parc also has an interactive volcano that simulates an eruption and a platform that exemplifies three types of earthquakes: one caused by a volcanic eruption, one caused by a herd of running Seismosaurs, and a quake caused by the movement of tectonic plates. There are also five animatronic dinosaurs that make terrifying sounds, a 360-degree cinema, an interactive augmented reality window, and many other interactive areas, both for children and adults.