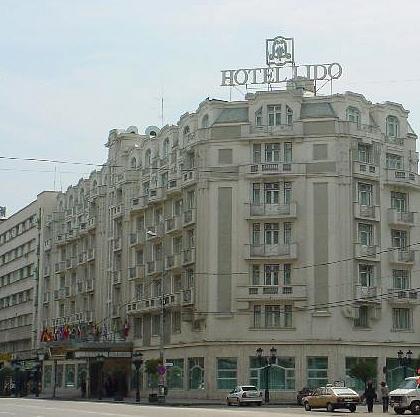 The Lido Hotel in downtown Bucharest, one of the oldest in the capital, is set to reopen this fall after being taken over by Mohammad Murad, a top hotel owner in Romania, local Profit.ro reports. The hotel on Magheru boulevard has been closed for the past seven years, as the heirs of its initial owner have been trying to find a buyer.

Mohammad Murad, the owner of the Phoenicia group, told Profit.ro that EUR 5 million refurbishment work on the 119 room hotel would start in a few weeks. The opening is planned for the fall of this year and the hotel would run in the four-star plus category. Murad leased the hotel for 15 years and has buying rights on the property, owned by heirs of doctor Constantin Angelescu, who built the hotel in the 1930s. The heirs won back the property over the hotel in 2010, after the state initially sold it to the Paunescu family in 1993.

A symbol of Bucharest in between the two world wars, the Lido hotel had, at the time of its opening, the only waves pool in the country. Doctor Constantin I. Angelescu was a Romanian physician, professor and politician. An honorary member of the Romanian Academy, he served as the country’s interim prime minister between December 1933 and January 1934.

“I want to return this hotel to the glory times it has lived, it was the symbol of Bucharest for a long time. I want to put it back on Bucharest’s tourist map,” Mohammad Murad told Profit.ro. The hotel investor also disclosed plans to affiliate the hotel to the Trump Hotels chain. Until then, the hotel will be called Lido by Phoenicia.

Mohammad Murad is a Romanian businessman of Lebanese origin. He and his two brothers, Hassan and Ahmad, also own a construction company and several food processing factories.

Murad’s Phoenicia Group has been very active in investing in the Romanian seaside tourism. The group owns the Perla and Majestic hotels in Mamaia and the Majestic hotels in Olimp and Jupiter, as well as the Phoenicia Luxury Hotel and Phoenicia Holiday Resort apart hotel in Navodari, north of Mamaia. Last year, Murad announced plans to build a five-star hotel in Navodari and bought the Amfiteatru-Panoramic-Belvedere hotel complex in Olimp from local investor Josef Goschy for EUR 10 million. He plans to invest another EUR 15 million to bring the complex to its former glory.