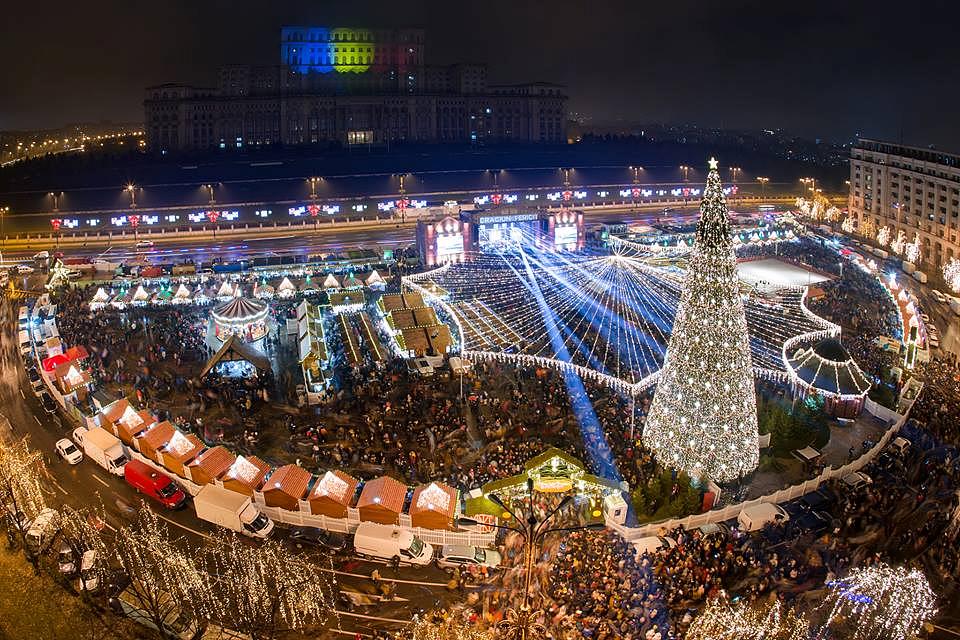 This year’s edition of the Bucharest Christmas Market will open in Constitutiei Square on November 28, the same day that the holiday lights will be turned on in the city. The free-entrance market will stay open until December 26.

Visitors will find at the market a Christmas tree of over 30 meters, a merry-go-round, an ice skating rink, and over 130 stalls with traditional food products, mulled wine, hand-crafted items, season decorations, traditional clothing items, toys and other items.

Children will be able to attend creative workshops at Santa Claus’s House, where they can also drop the letters for Santa, who will arrive at the market on December 13.

Those visiting the fair can donate books and toys for underprivileged children at a donation point set up close to the entrance to Santa Claus’s House.

Meanwhile, the costs related to the organizing of the event are at the center of a political quarrel between Bucharest mayor Gabriela Firea and the Bucharest branch of the Save Romania Union (USR).

USR Bucharest has said the market is the most expensive in the history of the city, and comes at a time when the residents of the capital are impacted by the malfunctioning of the heating distribution network and investment budgets are cut.

“Gabriela Firea is organizing the most expensive Christmas Market in the past four years and, likely, the most expensive in the history of Bucharest. The acquisitions currently being made by the City Hall for this year’s Christmas Market amount to RON 5.6 million (EUR 1.2 million). And the sum will increase as we approach the month of December. Furthermore, these contracts do not cover the fees for the artists, which are illegally kept a secret. By comparison, in 2018, the Christmas Market cost EUR 850,000, and in 2017, EUR 800,000,” USR said, quoted by News.ro.

In her turn, mayor Firea has said that this year’s costs do not exceed those of previous editions. “It is dishonorable to turn such an event into a political topic,” she said, adding that all expenses related to the event will be made public. She also said that the artists’ fees have not been published in the Public Acquisitions Electronic System (SCIAP) not because they are kept a secret but because they were established through copyright contracts.