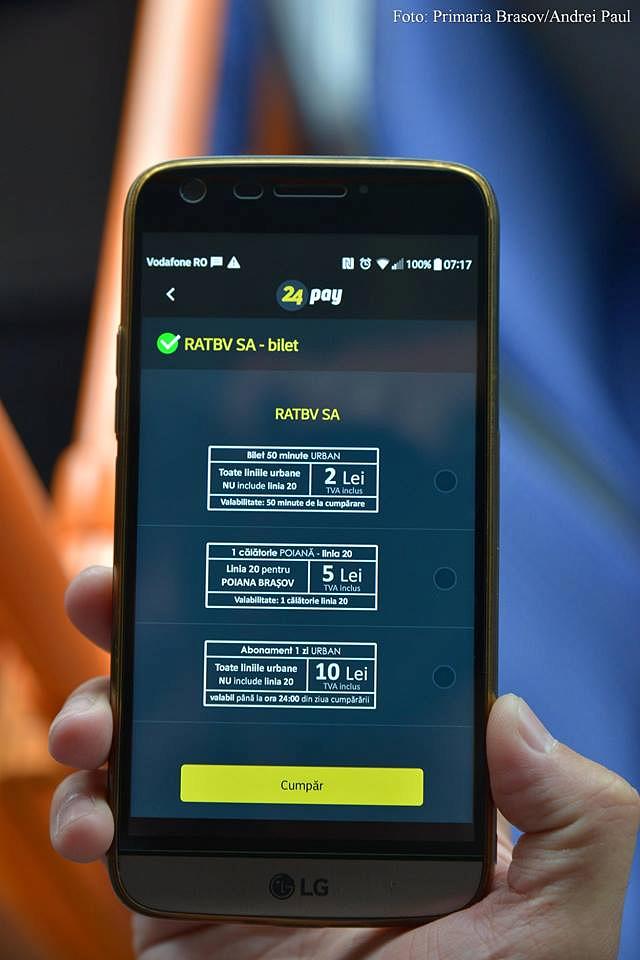 The users of the public transport in Brasov, a city in central Romania, can pay the price of the trips by using a mobile phone app, beginning this August.

Called 24pay, the app is a digital wallet developed by PTP Online, a member of the Ecco Group Development. The app is available for free for both Android and iOS operating systems.

Brasov is the third city in the country, after Arad and Timisoara, to offer the app to its public transport users.

The 24 pay solution covers the e-wallet, an app for the ticket inspectors, and a desktop interface that generates activity and financial reports.

The users of the app attach a bank card to their account and can either scan a QR code or use their phone’s NFC technology. The QR code is on display in the public transport stations and in the city’s buses or trolleybuses.

PTP Online plans to launch the 24pay app in three other cities in the country in the coming period.