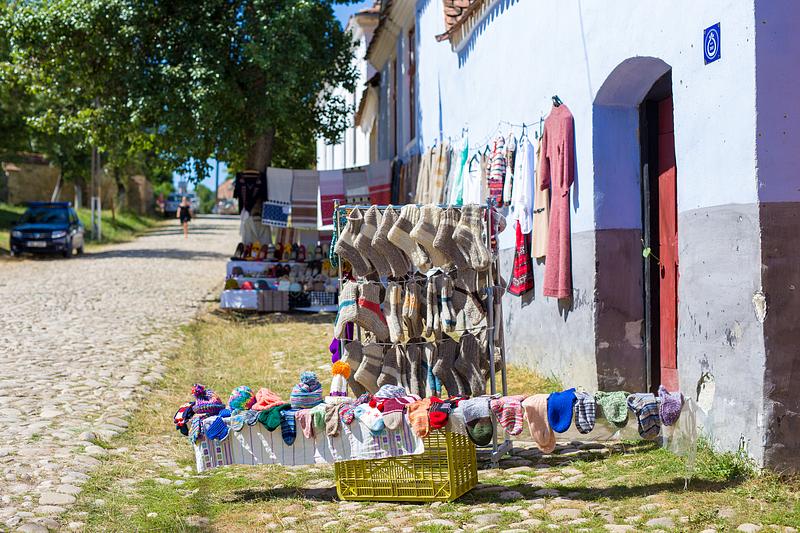 BBC has published a feature about Viscri, the small village in Romania's Transylvania region that has become a tourist hotspot in recent years.

Only 450 people live in Viscri. The village became famous after Prince Charles of Wales bought an old house there in 2006, which he renovated. The place's popularity has been increasing ever since, along with the tourist numbers.

And the tourists and their cars have been disrupting the village life: "The atmosphere today is more urban theme park than traditional farming village," BBC wrote.

"Cars are going past from early morning until late in the evening," Martin Lascu, a resident of Viscri, told BBC.

"Everyone is coming because of Prince Charles," Martin also complained.

In 2005, only 5,000 tourists bought admission tickets to Viscri's 12th-Century fortified Lutheran Church. The number has been on an upward trend since then, reaching 45,000 in 2019.

However, the church is not the only attraction, as people are also drawn by the prince's simple, traditional Saxon blue farmhouse. Tourists are constantly coming to Prince Charles' house in Viscri to take photographs.

"As Viscri's popularity has grown, it has become a holiday home hotspot for cosmopolitan foreigners and wealthy Romanians. It is also a desirable destination for entrepreneurs from Bucharest to open guesthouses and restaurants," BBC also wrote.

As a result, house prices in the village have exploded. And this could mean that locals who grew up in the area will struggle to buy a home.

The full story can be read here.