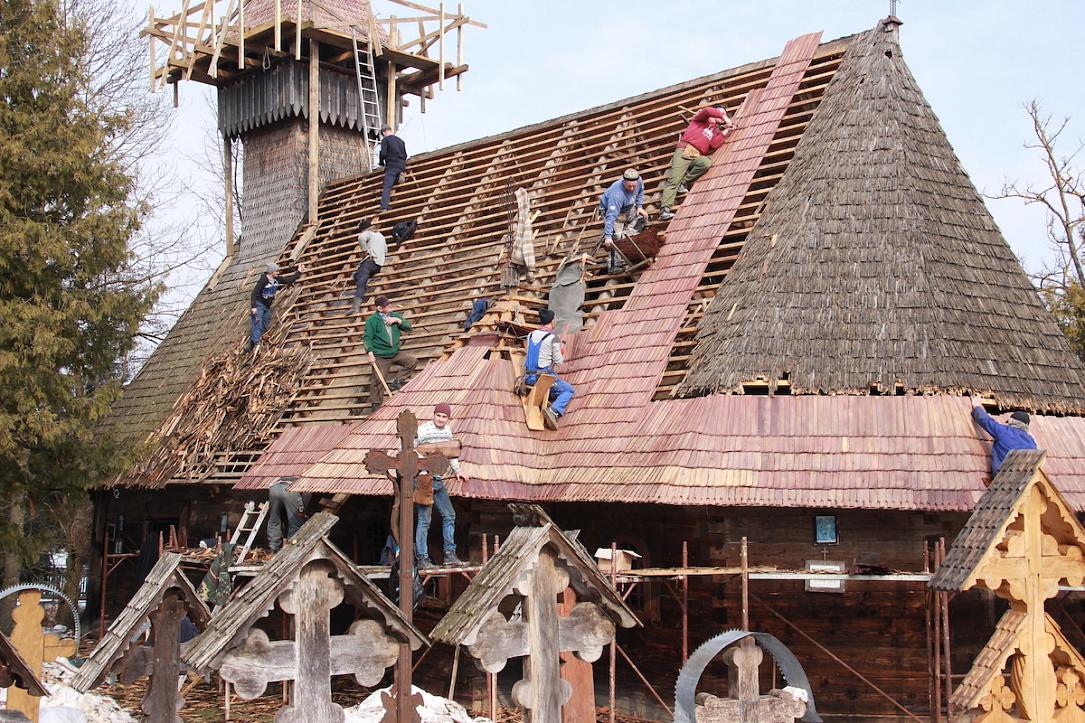 The Ambulance for Monuments, a project launched in 2016 to rescue hundreds of heritage-listed buildings in Romania, is one of the winners of the European Heritage Awards/Europa Nostra Awards 2020, in the Education, Training and Awareness-Raising section.

His Royal Highness Prince Charles also reacted to the news that the Romanian project won the top European award, and shared a video message in which he congratulates the project's team and supporters (video below).

The European Commission and Europa Nostra announced the 2020 winners of the European Heritage Awards/Europa Nostra Awards on Thursday, May 7. Europe's top honor in the heritage field went to 21 exemplary achievements from 15 European countries, including the Ambulance for Monuments project in Romania.

"This year's impressive collection of award winners range from the restoration of Rubens' garden pavilion in Antwerp (Belgium), to the revival of the renaissance arsenal on the island of Hvar (Croatia); from the trans-European network "Tramontana" dedicated to the research of the tangible and intangible heritage of mountainous regions, to the sensitive preservation of a cultural landscape formed by subterranean caves and wineries in the province of Burgos (Spain); from the rebirth of the impressive Basilica di Santa Maria di Collemaggio in l'Aquila (Italy), heavily damaged by the devastating earthquake of 2009, to the "Ambulance for Monuments" with an emergency team of craftspeople ready to save endangered heritage in Romania; and from "Scanning for Syria", a research project carried out by a research centre in The Netherlands, to a major exhibition marking the 75th anniversary of the liberation of Auschwitz, organised in co-production between Poland and Spain," reads the press release.

The winners also enter in the competition for the Public Choice Award, which will be announced this autumn. Heritage lovers and supporters can go online to vote for their favorite award winners.

In a video message shared online, Prince of Wales congratulated the volunteers of The Ambulance for Monuments on their remarkable heritage achievement.

"Dear volunteers of the Ambulance for Monuments in Romania, all the craftsmen who have helped, all those who have made food and provided places to stay, all the splendid sponsors of the project in Romania, and all the authorities who lend their support, I just wanted to say how full of admiration I am for what you have done over the last few years to save so many of the beautiful but very endangered historic buildings in your country," Prince Charles said.

"It is a remarkable achievement, and it comes as no surprise to hear now that your dedication has been recognized by Europa Nostra and that you have won an award for all the wonderfully inspiring work you carried out," he added.

Local NGO Asociatia Momomentum started the Ambulance for Monuments in 2016, to rescue hundreds of heritage-listed buildings in Romania. The emergency interventions are carried out by experts, students, and trained craftsmen voluntarily with the support of local communities and authorities. Many interventions on local, national, and World Heritage sites – such as churches, mills, manor houses, train stations, and ruins of historic fortifications – have been carried out in the last four years. The teams of volunteers have been working to replace damaged roofs, to secure walls from collapse, to implement proper water drainage, and to stabilize wall paintings.