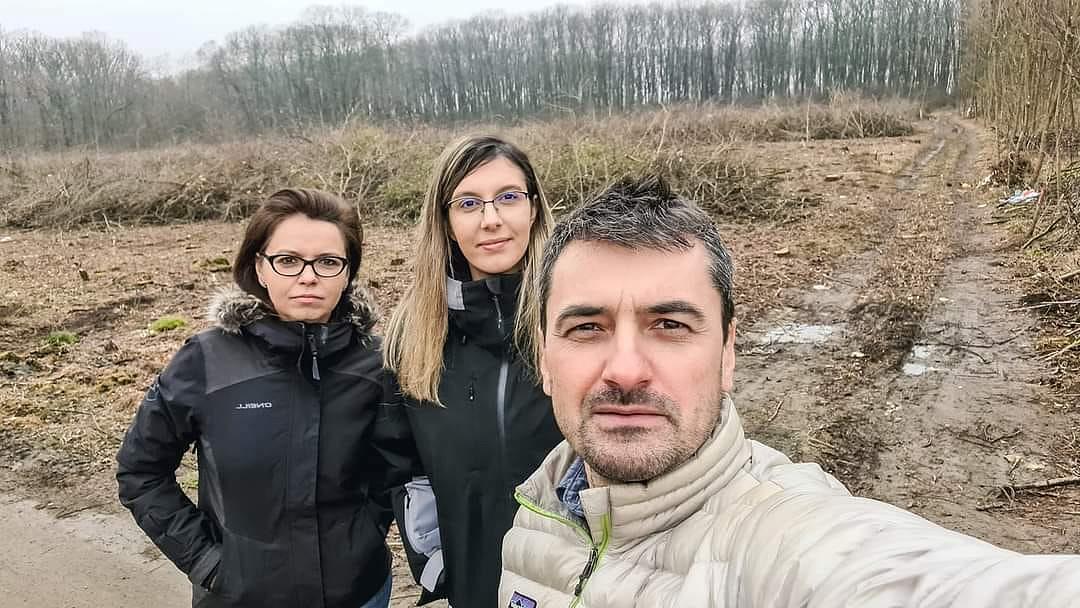 High altitude climber and environmentalist Alex Gavan has recently warned that the trees around the capital city are disappearing at an alarming rate, launching yet another call for a Green Belt of Bucharest. At the same time, two MPs representing the USR party said they intend to amend the legislation to protect peri-urban forests.

Alex Gavan told News.ro that a forested area was recently cut down in Corbeanca, Ilfov county, thus shrinking the already small area covered by trees in this commune.

"The trees around Bucharest disappear in the blink of an eye. Recently, in Corbeanca, a huge area compared to the already extremely small size of the forests in this area was cut down, right in the middle of the community, near the houses. […] And this example is multiplied daily in dozens of places near the capital. The social value of these forests is infinitely greater than their logging for profit," Gavan said.

He also said that these forests must be strictly protected, as they represent an effective solution to the increased air pollution levels in Bucharest.

"Officially, Romanians are the Europeans most affected by the social costs caused by the effect of air pollution on health, and Bucharest is the European city with the highest such costs. There is no more time to waste. Our right to life, guaranteed by the constitution, needs to be ensured through concrete measures and actions. All these forests must be strictly protected, not strictly cut, and their surface must be increased from year to year, not restricted, as is happening right now. We need legislation for the Green Belt of Bucharest," Gavan explained.

After meeting with Alex Gavan and visiting the deforested area in Corbeanca, USR MPs Oana Cambera and Diana Buzoianu announced their intention to amend the legislation protecting the forests around cities.

"These forests, adjacent to large urban areas where air pollution is alarming, are used in many other parts of Europe to create a green barrier," the two MPs said on Facebook. They gave the example of Madrid, which is building a 75-kilometre urban forest.

Alex Gavan is a leading mountaineer of Romania, having climbed seven of the world's 14 peaks over 8,000 meters without supplemental oxygen or Sherpas. He also used the summits of the world's highest mountains to advance environmental causes, such as the quest against illegal logging, protecting and conserving Romania's virgin forests, creating the Bucharest Green Belt, or saving the asprete, an extremely rare "living fossil" fish that is still surviving in Romania.