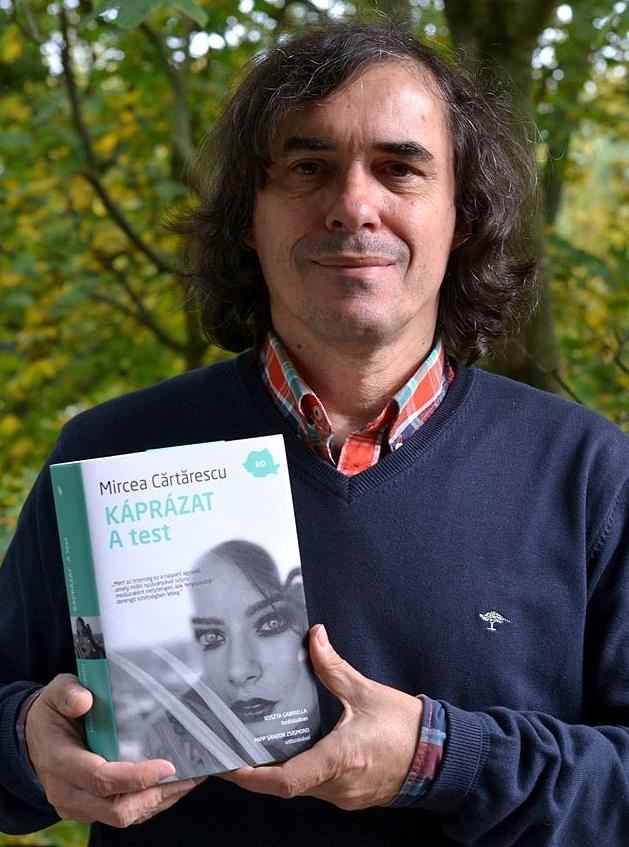 Mircea Cărtărescu, one of the most translated and awarded Romanian authors internationally, had been previously nominated at the 2014 and 2015 editions of the prize. Last year the author refused the nomination. Runner-ups for the prize at this year’s edition included poets Ovidiu Genaru, Ioan Moldovan, Aurel Pantea, Marta Petreu, Cassian Maria Spiridon, Liviu Ioan Stoiciu and Lucian Vasiliu.

The winner of the award receives RON 30,000 (EUR 6,700) and becomes an honorary citizen of Botoşani, A town in Northeastern Romania, which is also Mihai Eminescu's birthplace.

Before receiving this latest national distinction, Cărtărescu won a host of international literary awards. In 2016, he won the Premio Gregor von Rezzori for best foreign fiction work translated in Italy at the Festival degli Scrittori organized in Florence. He got the award for the second volume of the Orbitor (Blinding) trilogy. In 2015, he received two international literary distinctions: the Austrian State Prize for European Literature in recognition of his entire work and the Leipzig Book Award for European Understanding for his trilogy Blinding.

In 2014, he received the Euskadi de Plata award in San Sebastian and the Spanish Tormenta en un vaso award, granted to works presented the previous year at the Madrid Book Fair (Feria del Libro de Madrid). In 2013, Cărtărescu received two other awards:  the Grand Award of the Novi Sad International Poetry Festival and the Swiss Spycher — Literaturpreis Leuk award. In 2012, he was awarded the Haus der Kulturen der Welt International Literature award in Berlin, while a year earlier, in 2011, he received the Vileniča International Award for Literature. In 2005, he received the Italian literary award Giuseppe Acerbi.

His most recent work is the novel Solenoid, released at the end of 2015. A lot of his work is available in English, French, Spanish or German and he can be read overall in more than a 20 languages.

He published his first poetry volumes at the beginning of the 1980s: Faruri, vitrine, fotografii in 1980; Poeme de amor (Love Poems) in 1982, Totul, poeme (Everything, poems) in 1984. His 1990 epic poem Levantul has been translated into French and Spanish. The poem allows for a travel through the history of Romanian language, a literary technique also used by James Joyce in the Oxen of Sun chapter of Ulysses. He published other poetry volumes in 1994 – Dragostea (Love), in 1998- Dublu CD, and in 2003 - Plurivers volumes I and II, and Cincizeci de sonete (Fifty Sonnets).

The trilogy Blinding is probably his most translated work so far. The full, three-part trilogy can be read in English, Dutch, German, French, Bulgarian, Swedish and Norwegian. One or two parts of the work have also been translated in Italian, Turkish, Hungarian, Macedonian or Spanish.