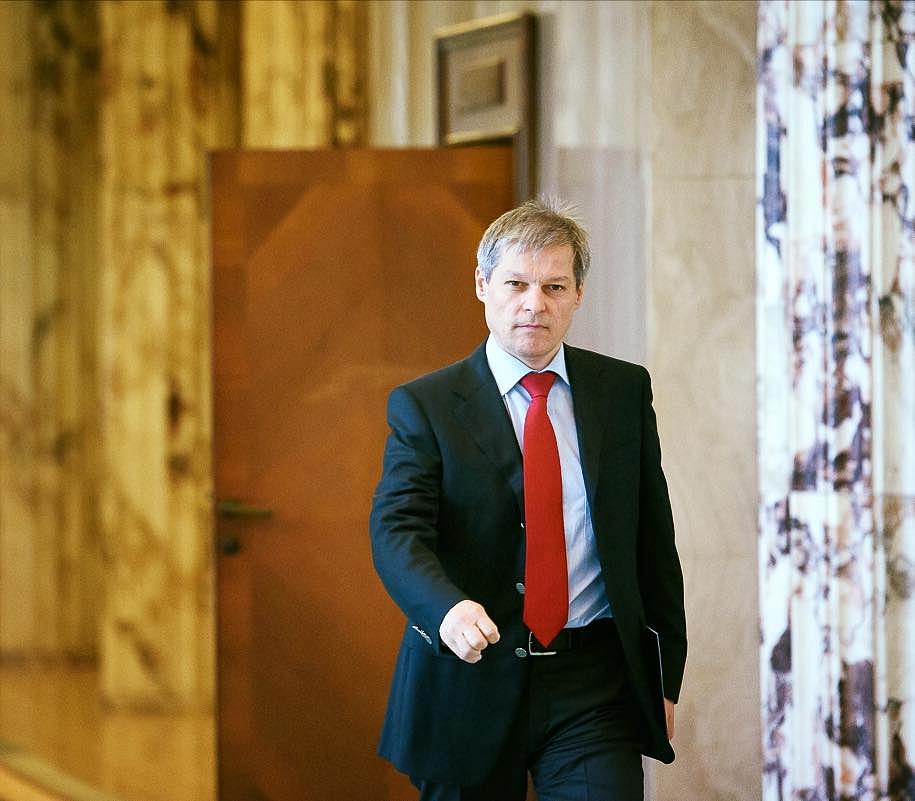 Romania’s National Liberal Party (PNL) officially announced that current Prime Minister Dacian Ciolos would be the party’s nomination for PM after the parliamentary elections in December.

The party’s national bureau made the decision unanimously on Monday, October 24, and PNL president Alina Gorghiu announced it as a “historical decision”. She added that it was not necessary for Ciolos to become a member of the National Liberal Party.

The liberals’ decision came just days after another local party, the Save Romania Union (USR), led by mathematician and social activist Nicusor Dan, announced that it would support Dacian Ciolos for a new mandate as Prime Minister after the elections. Nicusor Dan also launched the campaign slogan: “Dacian Ciolos - at last, you have someone to vote for!” (Dacian Ciolos, in sfarsit ai cu cine!)

Thus, Prime Minister Dacian Ciolos has become the main figure of the parliamentary elections in December, although he’s not running for office and he’s not formally tied to any of the local political parties. In fact, he has repeatedly stated that he wanted to remain politically independent during his one-year term as head of Romania’s Government.

However, last week, he launched a political platform called Romania 100, which states 10 principles and several ideas for the future Government, including projects that he has started while in office. He invited the local political parties that shared those principles to join him, without actually asking them to support him for a new mandate.

“Besides the discussion of who will be the next premier, I’ve said that what's important is that the principles and the values of the Romania 100 Platform are taken over and integrated by the political parties that support it,” Ciolos said again on Monday.

Both PNL and USR jumped to accept the Prime Minister’s invitation, as neither one of them has any leader that’s popular enough to serve as the party’s flagbearer and Prime Minister nominee in the elections. The liberal party even had difficulties finding a candidate for the Bucharest mayor position earlier this year while USR is a newly formed party that relies mostly on two people, Nicusor Dan and Frenchwoman Clotilde Armand, who nearly won the elections for mayor in Bucharest’s District 1. Even if Nicusor Dan came second in the Bucharest elections, neither him nor Armand are very well known throughout the country.

However, in order to win the majority in the Parliament and name Ciolos as Prime Minister, PNL and USR will likely need to form an alliance with at least another party as they address roughly the same voters. PNL and USR together had some 35% to 40% of the vote intentions, according to surveys (see more here and here) made in September, while the Social Democratic Party (PSD) alone had 38% to 45%.

The most likely ally for PNL and USR would be the Magyar Democratic Union (UDMR), but alliances with this party have always been tricky as they alienate nationalistic voters. UDMR recently placed banners in Cluj-Napoca and Oradea, two of Transylvania’s biggest cities, asking the voters to “Free Cluj-Napoca/Oradea from Bucharest”. UDMR leaders say this slogan reflects their support for decentralization. UDMR has about 5% of the vote intentions, a percentage that has remained constant over the last 25 years.

Meanwhile, PSD relies on its alliance with former Prime Minister Calin Popescu Tariceanu’s party, the Liberal Democratic Alliance (ALDE), which also has about 5-7% of the vote intentions, according to the polls. Former President Traian Basescu also tries to get his Popular Movement Party (PMP) to the Parliament, and if he may have a word to say in making the future Government if PMP manages to pass the 5% threshold and enter the Parliament. In recent months, Basescu’s rhetoric has been similar to that of PSD and ALDE on big topics such as the Government's activity and aticorruption, but in the past he had strained relations with both PSD and Calin Popescu Tariceanu.

However, Ciolos doesn’t have a formal opponent for Prime Minister yet, as PSD has decided not to make any official nomination before the elections.

Romania’s President Klaus Iohannis said he wouldn’t name a person who has been convicted or who has legal problems to form the Government, a clear signal for both PSD leader Liviu Dragnea (sentenced to two years of probation for electoral fraud) and Calin Popescu Tariceanu (sent to court for lying under oath). Iohannis also favors the idea of having Ciolos continue as Prime Minister. He said that he found PNL’s announcement to formally back Ciolos “a very good idea”.