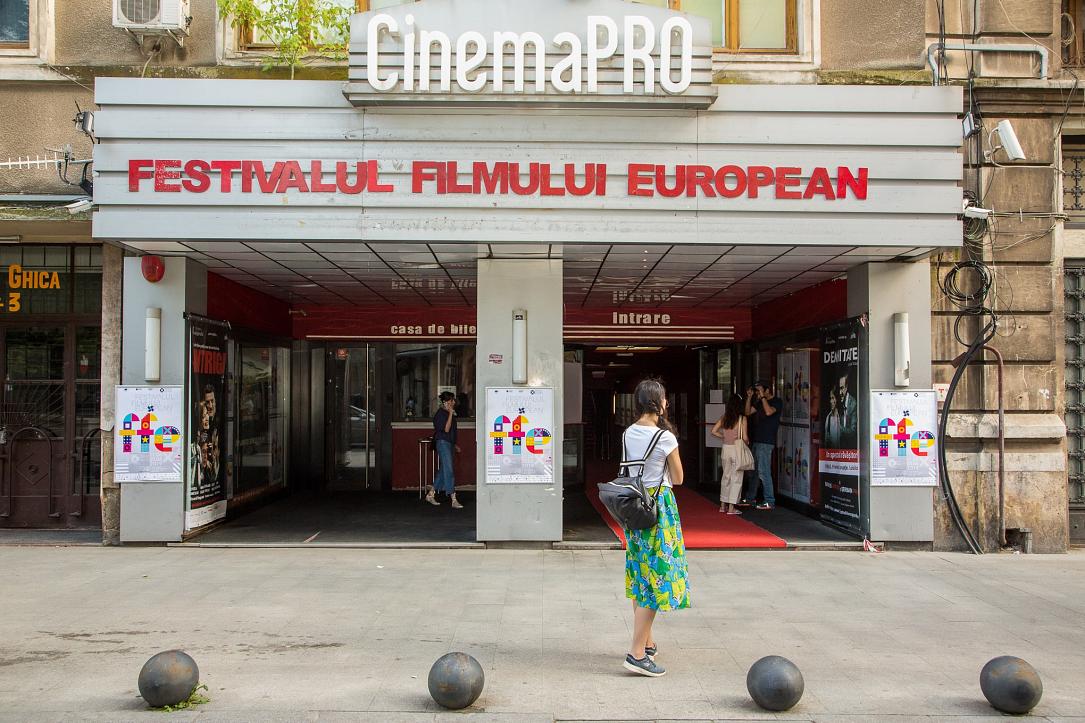 If May was a full month for films and festivals, June is a worthy follower. Having premiered at Transilvania International Film Festival (TIFF), Tudor Giurgiu’s latest feature, Parking, is currently shown in cinemas across the country while the annual European Film Festival will finish its tour in Sibiu between 28 and 30 June, the city that will also host TIFF Sibiu between 27 and 30 June.

Tudor Giurgiu’s fourth feature film is based on Marin Mălaicu-Hondrari’s autobiographical novel Apropierea. Set in Spain, it focuses on a young Romanian writer who works at a car park, reads Spanish literature, and falls madly in love with another outsider, rock musician María. Parking is a beautiful film to look at, and its cast is uniformly good, especially Ariadna Gil and Luis Bermejo as the couple taking young Adrian under their wings. The amour fou is less convincing, i.e. you have probably seen it before in countless movies, but Mihai Smarandache as Adrian and Belén Cuesta as María give their all, and their chemistry is convincing. As a commentary on what it means to be a foreigner, and also on language, it is a welcome entry to the cinema of a country plagued by emigration. It is an assured film by Giurgiu, and, judging by the interviews with all involved, a labour of love, and you can watch it in most cinemas. Cinemagia.ro features all venues and screening times.

Organised by the Romanian Cultural Institute in collaboration with EUNIC, the European Union National Institutes for Culture, the annual European Film Festival showcases the year’s most talked-about and awarded European productions, traditionally checking the pulse of the continent. This year’s 23rd edition will finish its tour in Sibiu, between 28 and 30 June (the main programme in Bucharest was complemented by events in Râmnicu Vâlcea, Târgu Mureș, and Chișinău). Do not miss Alice Rohrwacher’s sublime folk tale Happy as Lazzaro, Benedikt Erlingsson’s pitch-black-humoured climate change thriller Woman at War, or the fast and supremely entertaining polit-thriller The Realm. Since the festival always makes sure to honour classics, Jim Sheridan’s My Left Foot (1989) is a lovely film to see again. The story of real-life painter Christy Brown, played brilliantly by Daniel Day-Lewis, who learns to write and paint despite suffering from cerebral palsy, is immensely moving.

And if you have time for a proper movie marathon that week, Sibiu will also welcome the annual TIFF Sibiu fest between 27 and 30 June. The selection and schedule are not online yet, except for the opener, which is Parking, to close the circle of this article. You can stay tuned for more details by checking out their official Facebook page.