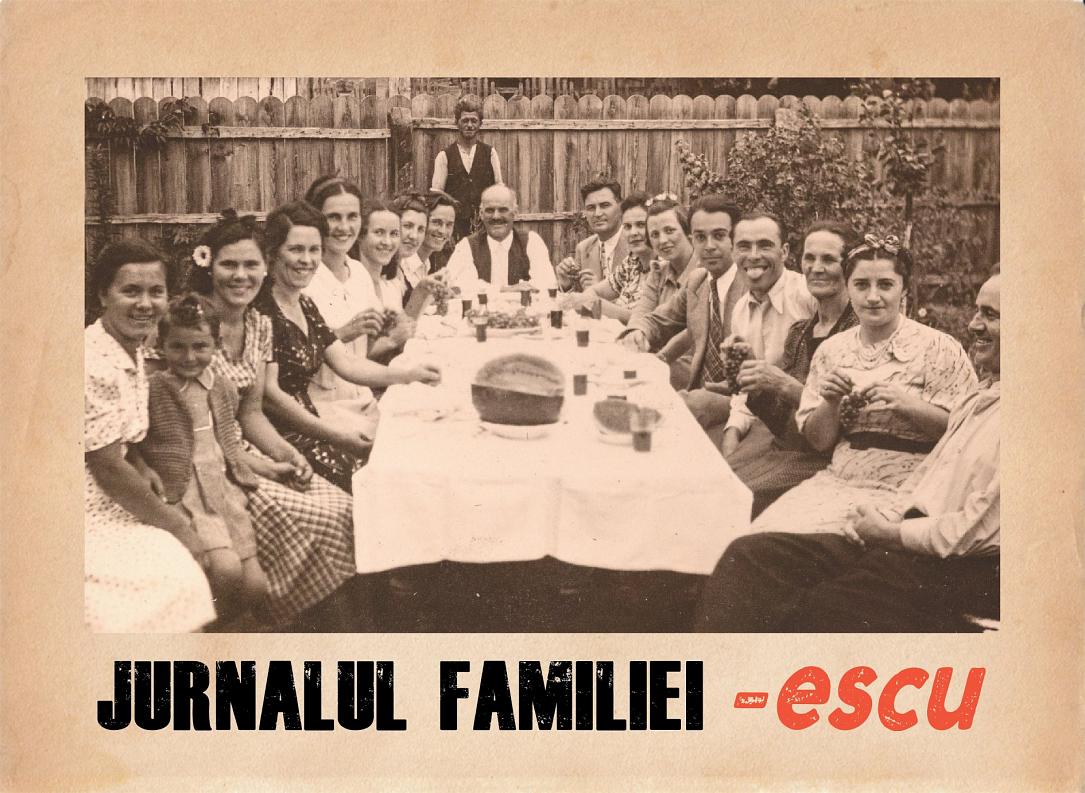 When Șerban Georgescu was asked to consider a film about last year’s great Centenary (100 years since the unification of the Romanian territories in 1918), he asked himself what he could possibly say about it, and the result is a truly original take on the much-hyped event, the funny and warm Jurnalul familiei -escu/Being Romanian: A Family Journal.

The film was briefly in cinemas a few weeks ago, but you can still catch it at Muzeul Țăranului Român (3 Monetăriei Str.) on Thursday, 5 December, at 20:15, as well as on TV on 7 December (TVR1 and HD). And catch it you should, because Georgescu’s documentaries are unlike anything currently produced in Romania: unassuming, accessible, playful, utterly relatable, and very much an expression of their author’s personality.

If someone was ambitious enough to try and translate the original title as accurately as possible, then it would be something like The Journal of the -ths or The Journal of the -sons (as in Smith, or Johnson, Thompson, i.e. any surname typical of a country). Since Romania has so many names ending in -escu (Ionescu, Popescu etc.) this would indeed be a generic Romanian family. Or, to be more precise, living in Romania, because Georgescu makes sure to underline the multitude of ethnicities.

Prompted by thoughts of his teenage daughter going away to university abroad, and possibly remaining there, Georgescu retells his family history, placing it in a wider national context. He flips through pictures of his own and other families to bridge experiences and possibly find the common denominator of being ‘Romanian‘, and for that invites authors, historians and sociologists to join the discussion.

Despite its ambitious scope, the film is a breezy walk through individual and collective time, memories, and community, and while it does get lost at times (especially in its second half), it is a consistently perceptive and engaging journey.

Just like with his previous documentary Varză, cartofi și alți demoni/Cabbage, Potatoes and Other Demons Georgescu takes seemingly ordinary topics and unpacks them in their urgency and humanity with humour and insight. The next one cannot come too soon.